Footprints In The Sand Synchronicity 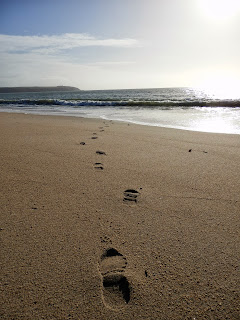 Following on from yesterday's post here is the second photo in my taking a photo every day exercise.

This is from Sunday. We looked out of the windows and it was grim: grey sky, rain in the air and it didn't look inviting. "Let's go out anyway," I said, "Lets go to the beach."

Without too much confidence we headed to Carlyon Bay, Cornwall and as we pulled into the free car park the sky cleared as if by magic. There was virtually no one else about as we walked along the beach.

It had been a rough night weather-wise and there was a line of debris with bits and pieces the high tide had washed in - but closer to the sea it was clear as my footprints show on the damp sand.

We enjoyed the walk, though it was quite cold, and picked up pebbles and shells and searched the debris for treasure.

Afterwards we returned home. For some reason I went in Karin's sewing room and noticed she had just put up the old Footprints story on the wall which someone had given her.

This is how it goes, I'm sure you will have seen it before but it ties in with my photo. 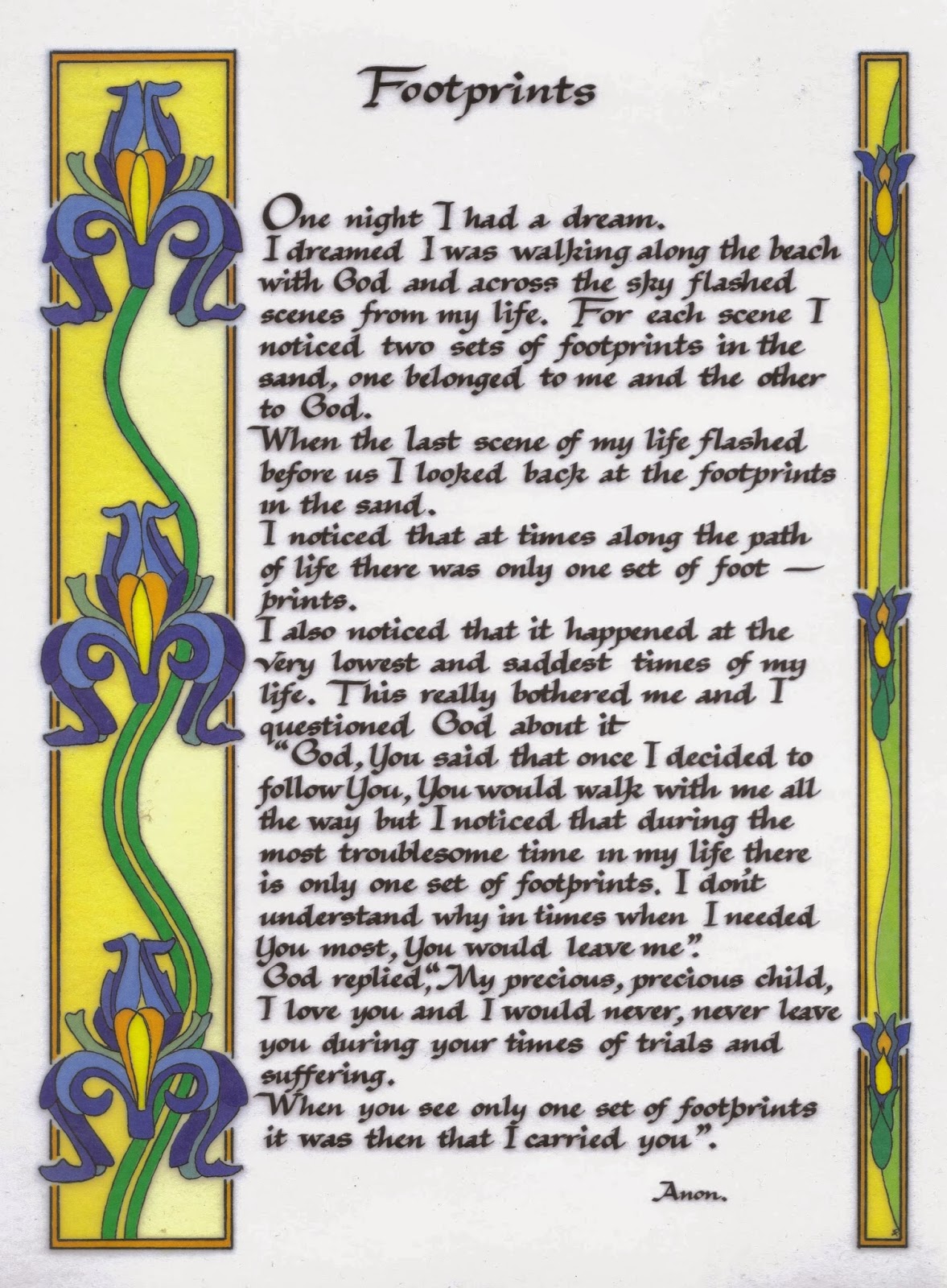 One night I had a dream.

I dreamed I was walking along the beach with God and across the sky flashed scenes of my life. For each scene I noticed two sets of footprints in the sand, one belonged to me and the other to God.

When the last scene of my life flashed before us I looked back at the footprints in the sand.

I noticed that at times along the path of life there was only one set of footprints.

I also noticed that it happened at the very lowest and saddest times of my life. This really bothered me and I questioned God about it.

"God, you said once I decided to follow you, you would walk with me all the way but I noticed that during the most troublesome time in my life there is only one set of footprints. I don't understand why in times when I needed you most, you would leave me."

God replied, "My precious, precious child, I love you and I would never, never leave you during your times of trials and suffering. When you see only one set of footprints it was then that I carried you."

And then on the radio what do we hear - Footprints in the Sand by Leona Lewis, which must be one of her best recordings. Here's the video.


Sometimes the pieces just seem to fit together. And to think we might have missed all of this if we had stayed indoors. It's so easy to sit back and miss out on life.

Other Recent Posts:
Who Would You Spend Your Final Day On Earth With?
Precognitive Dreaming Of The Eye Of The Needle Brought Him Success
The Synchronicity Of Thinking Outside The Box With UFOs