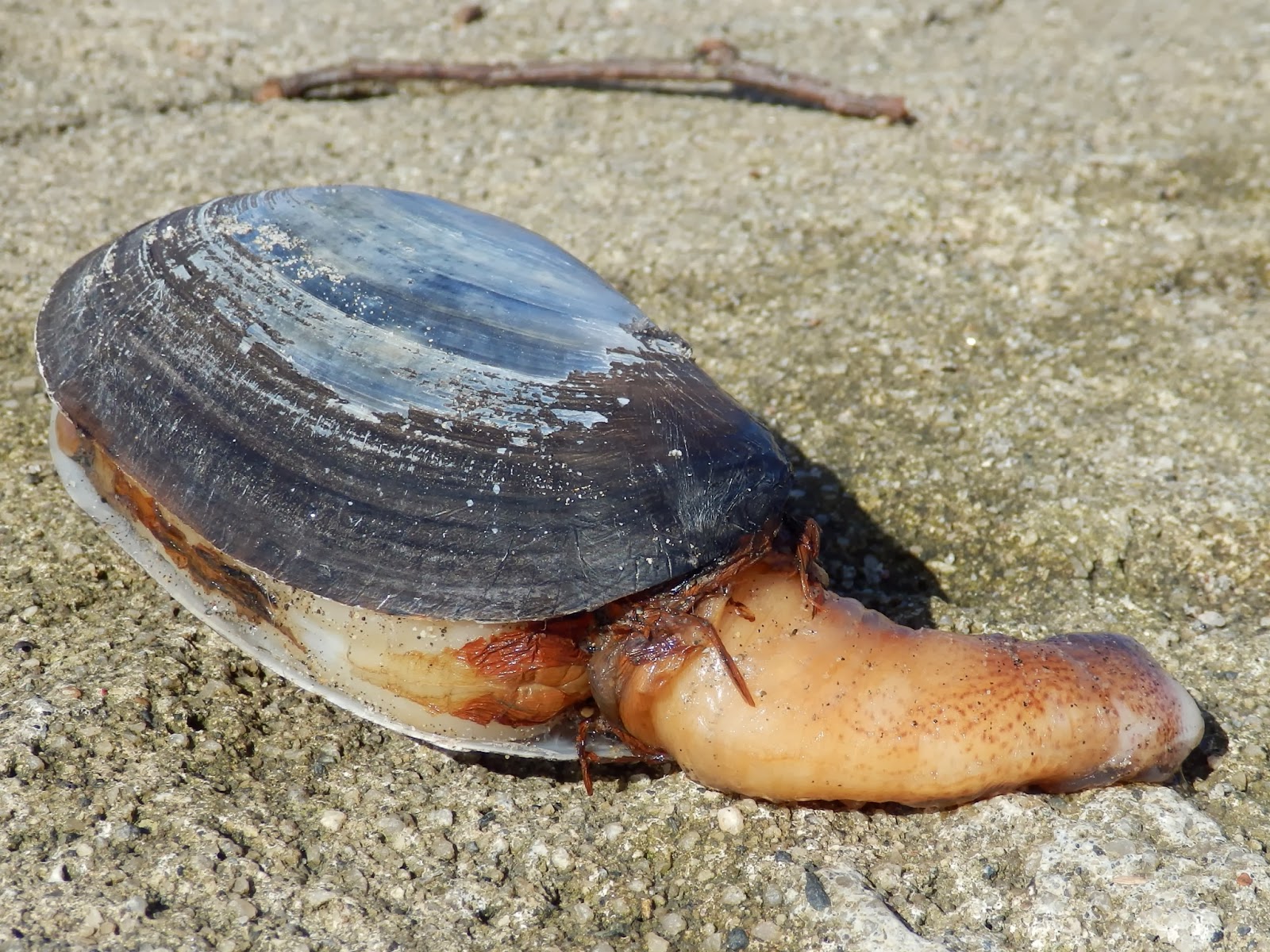 I snapped the above photo on Sunday and I'm wondering what it is - erm, not what it might look like as Karin has already made one suggestion, which I'll ignore!

We went to Pentewan Beach, Cornwall to see if there had been any storm damage. It's been pretty bad in the UK with lots of flooding, gales and high tides. It's said to be an effect of the USA's bad weather, which has altered the normal position of the jet stream - a fast flowing air current that girdles the globe.

The high tides and gales have caused some damage to the Pentewan beach defences, as can be seen from the photo below. Though this is nothing compared to some of the damage and problems in other parts of Cornwall and England. Sunday, however, was a sunny, crisp winter's day.

We saw the strange shells with their growths or innards exposed along the beach and in rock pools. The photo below shows such a pool. The photo at the top of the post is of a - whatever it is - that was marooned on a concrete rock. 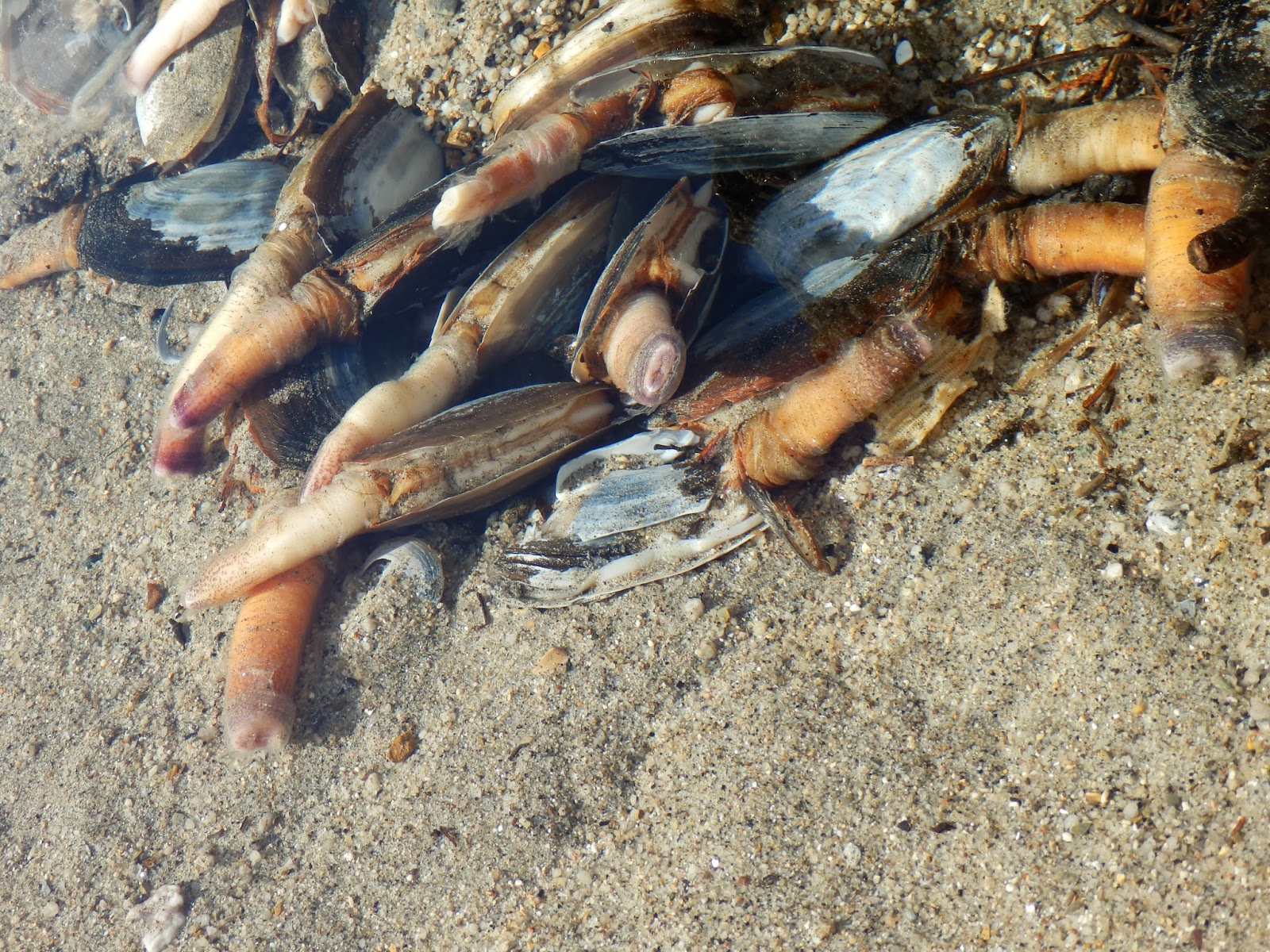 On our way back from Pentewan Beach we walked through Kings Wood which was quite waterlogged. As the sun was shining though, the reflections in the saturated ground were quite impressive. 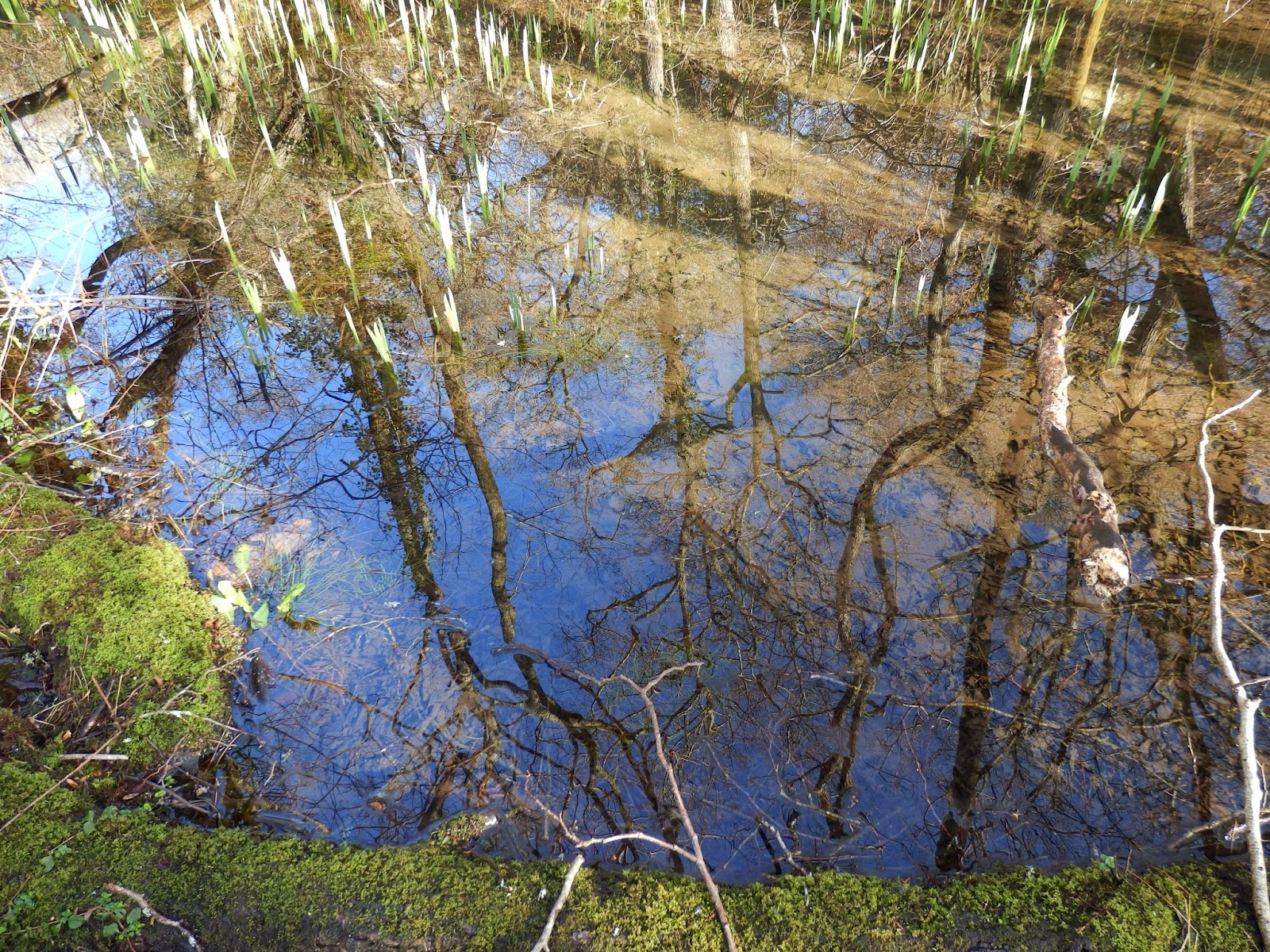