The Green Skinned Children Who Appeared In An English Village

While reaping the harvest in the village of Woolpit, England a strange discovery was made. Within a hole in the ground, used to trap wolves, were two children and both - a boy and a girl - were green in colour and spoke an unknown language.

The strange story from the 12th century remains a mystery today.

The children were taken to the home of Richard de Calne, a Knight living at Wikes, where at first they refused all food until they discovered bean stalks, which they were happy to devour. The restricted diet obviously wasn't too healthy and the boy became sickly and soon died.

The girl, however, gradually adjusted to her new life and extended the range of foods she would eat. She lived a reasonably normal life, learned to speak English, but was described as being rather loose and wanton in her conduct.

Gradually the girl was persuaded to tell her story of how she came to be found in Woolpit.

Ralph of Coggeshall, an English chronicler, recorded her explanation:


"Being frequently asked about the people of her country, she asserted that the inhabitants, and all they had in that country, were of a green colour; and that they saw no sun, but enjoyed a degree of light like what is after sunset.

Being asked how she came into this country with the aforesaid boy, she replied, that as they were following their flocks, they came to a cavern, on entering which they heard a delightful sound of bells; ravished by whose sweetness, they went for a long time wandering on through the cavern, until they came to its mouth. When they came out of it, they were struck senseless by the excessive light of the sun, and the unusual temperature of the air; and they thus lay for a long time. Being terrified by the noise of those who came on them, they wished to fly, but they could not find the entrance of the cavern before they were caught."

Many explanations have been given but a hidden world within the earth is the most common. Somehow the children had perhaps stepped through a door from a parallel dimension. The Scottish astronomer, Duncan Lunan, has suggested something completely different and puts forward the theory that the children were transported to Earth from another planet in error by a malfunctioning matter transmitter. 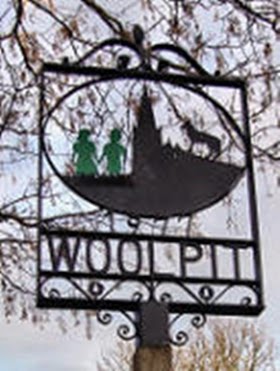 "One prominent feature of the village sign is two small children. They depict a story that goes back to the 12th century and tells the legend of The Green Children of Woolpit.

This curious tale is recorded as taking place at about the same time as Sampson's journey to Rome.

Very briefly, reapers were astonished at the discovery of a boy and a girl in a hole in the ground. The children were green, and spoke no recognisable language. The boy, who was sickly, soon died, but the girl grew up in Woolpit, and is said to have married a man from King's Lynn. This story has been re-enacted on many occasions and has appeared on children's television."


"Many Flemish immigrants arrived in eastern England during the 12th century, and they were persecuted after Henry II became King in 1154; a large number of them were killed near Bury St Edmunds in 1173 at the Battle of Fornham fought between Henry II and Robert de Beaumont, 3rd Earl of Leicester.

Paul Harris has suggested that the green children's Flemish parents perished during a period of civil strife and that the children may have come from the village of Fornham St Martin, slightly to the north of Bury St Edmunds, where a settlement of Flemish fullers existed at that time. They may have fled and ultimately wandered to Woolpit.

Disoriented, bewildered, and dressed in unfamiliar Flemish clothes, the children would have presented a very strange spectacle to the Woolpit villagers. The children's colour could be explained by green sickness, the result of a dietary deficiency."

But there is another tale of green children being found, this time in Spain. 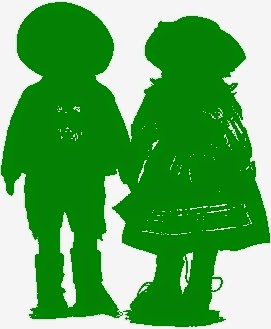 "... from Banjos, Spain in August of 1887. A boy and a girl of greenish color were found abandoned near a cave. They did not speak Spanish and wore unfamiliar clothing.

Their eyes were described as Oriental in appearance ... both children refused to eat at first. The boy grew weak and died, but the girl survived, learned Spanish, and explained that she and her companion came from a sunless land ...  the girl is reported to have claimed they had been caught up in a whirlwind and found themselves in the cave. The girl died in 1892." Source

From where the children from Woolpit and Banjos originated is anyone's guess: an underground world, from another planet or dimension? Or maybe there is a more simple, Earthly explanation.

Other Popular Recent Posts:
Magic Of The Fowey Hall Walk Where King Charles I Narrowly Escaped Death - 30+ Exclusive Photos
Three Dazzlingly Bright Figures As Proof Of Survival After Death
The Haunting Of The Scary Screaming Skulls