Stepping Back In Time In The Silent City Of Mdina 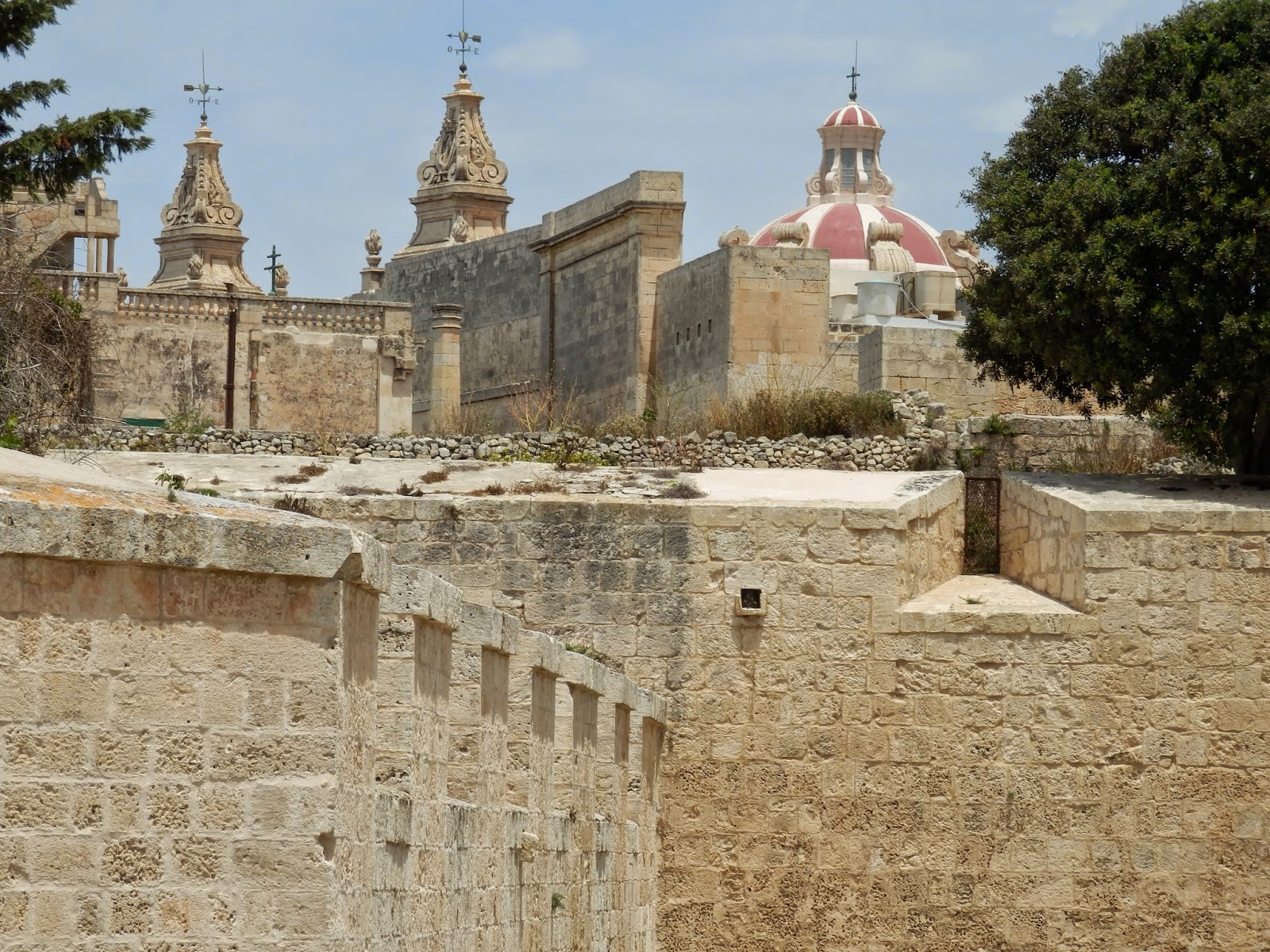 Mdina, once the capital of Malta, has a magical almost fairytale quality. As you approach all you can see are the sturdy city walls and the spires of the Cathedral. Entrance is via a bridge, looking down on what was once the wide moat, and ... 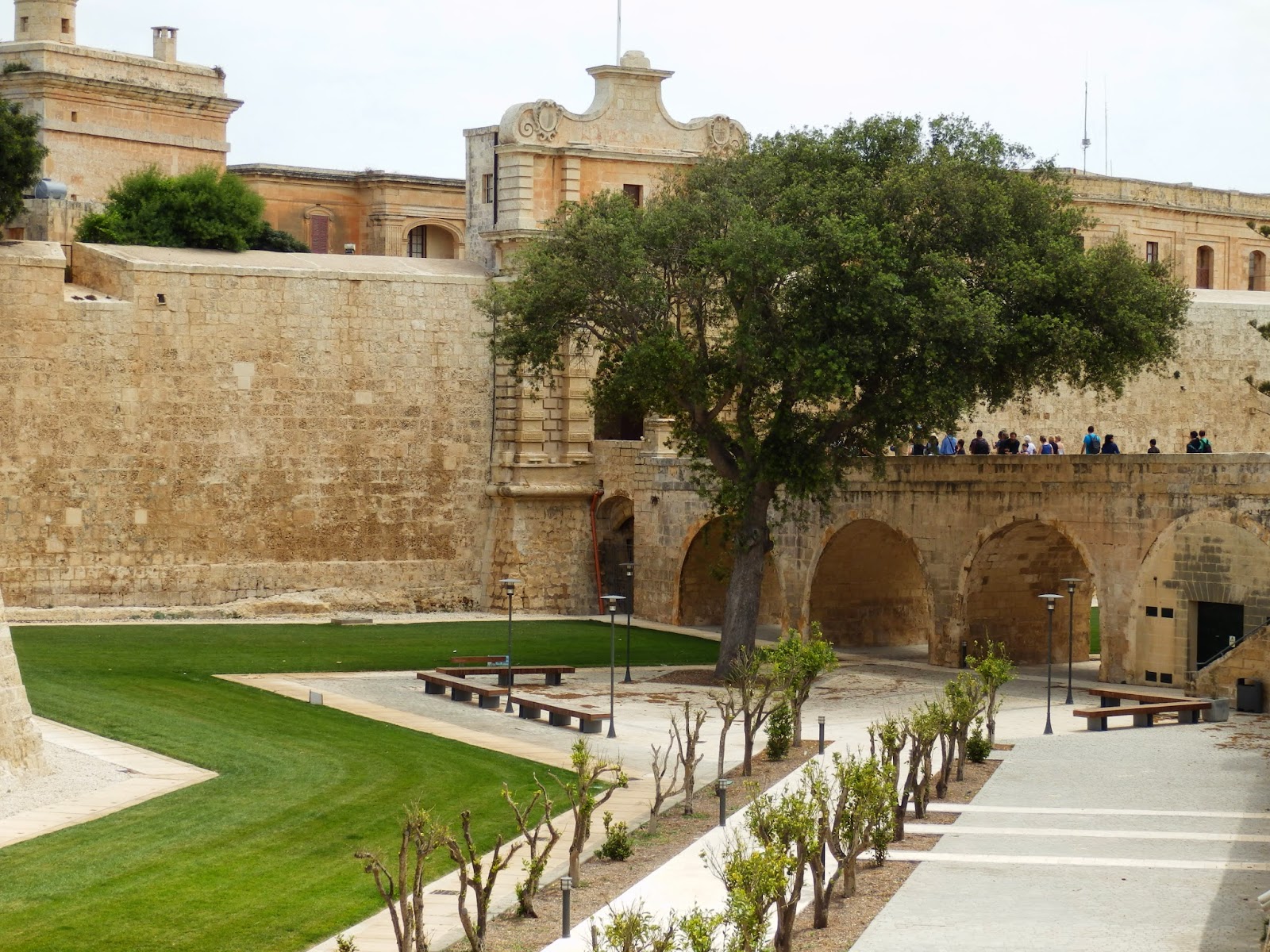 ... through the main gateway. 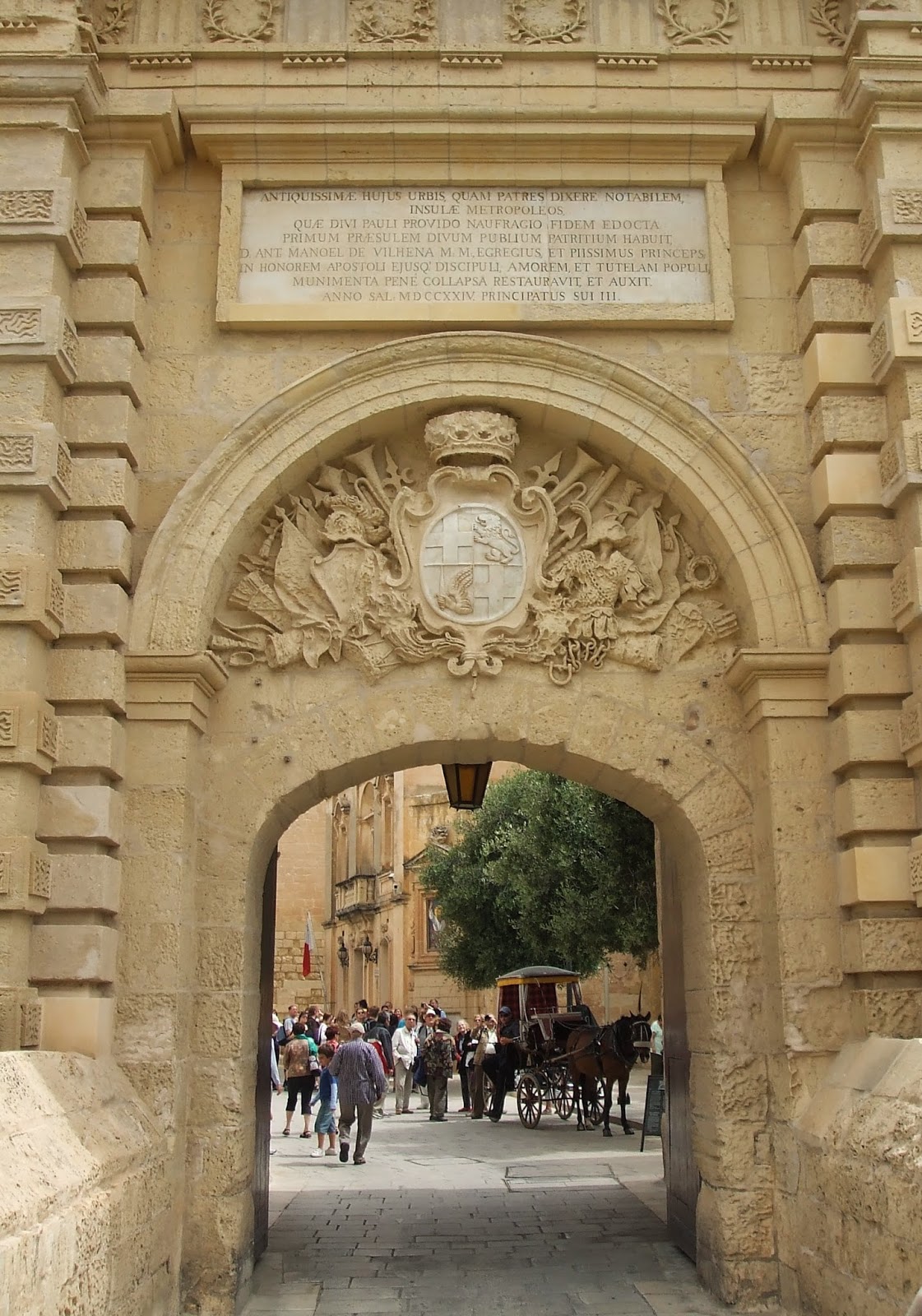 Once inside you soon realise that this walled city of Mdina, or the Silent City as it is known, is a bit special with it's narrow streets and medieval architecture. It's history stretches back to 4000 BC, though the majority of the present buildings are from the Arab period - of around 870 AD. 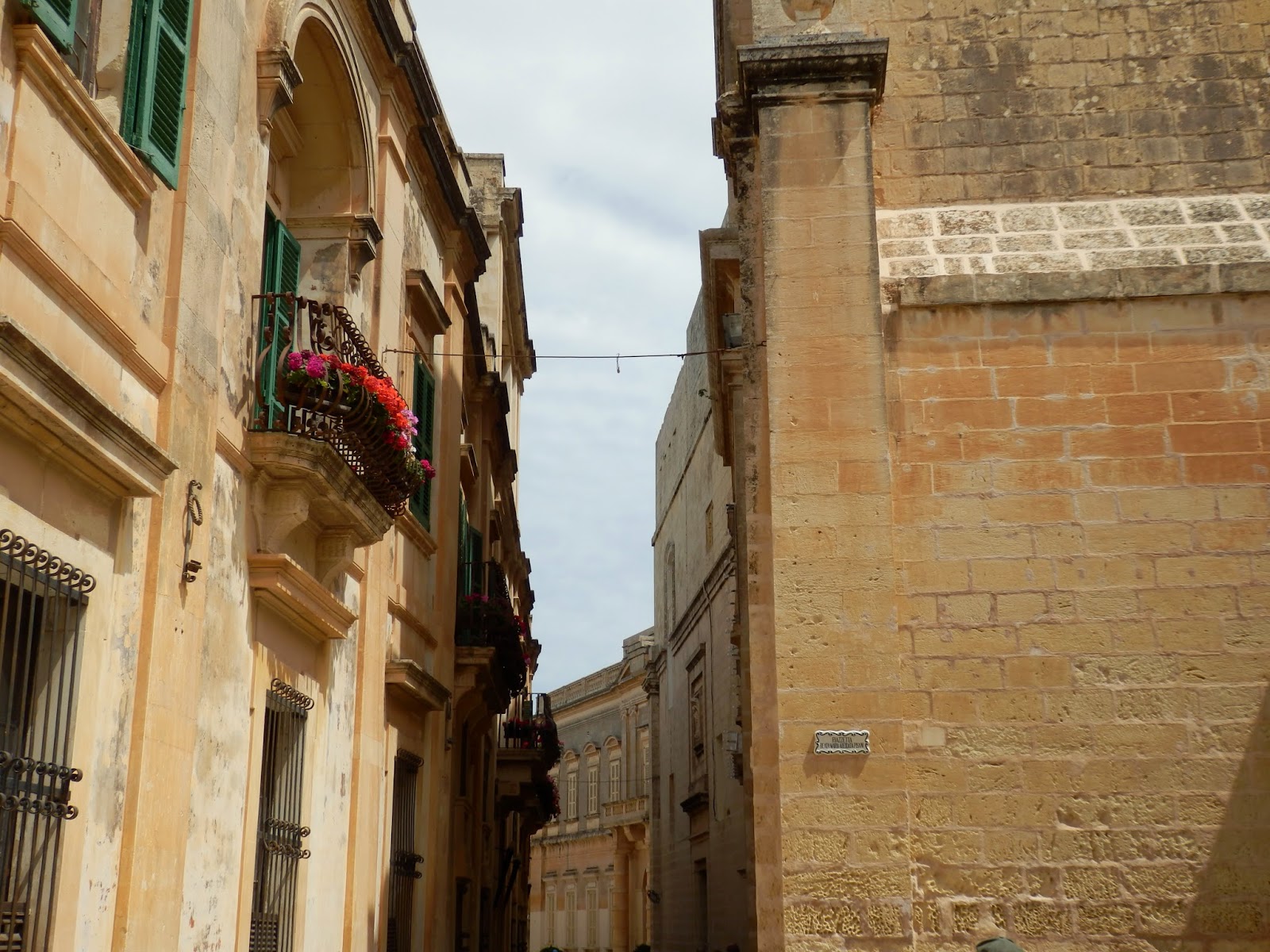 Once inside the walls it's easy to imagine you have stepped back in time until, that is ... 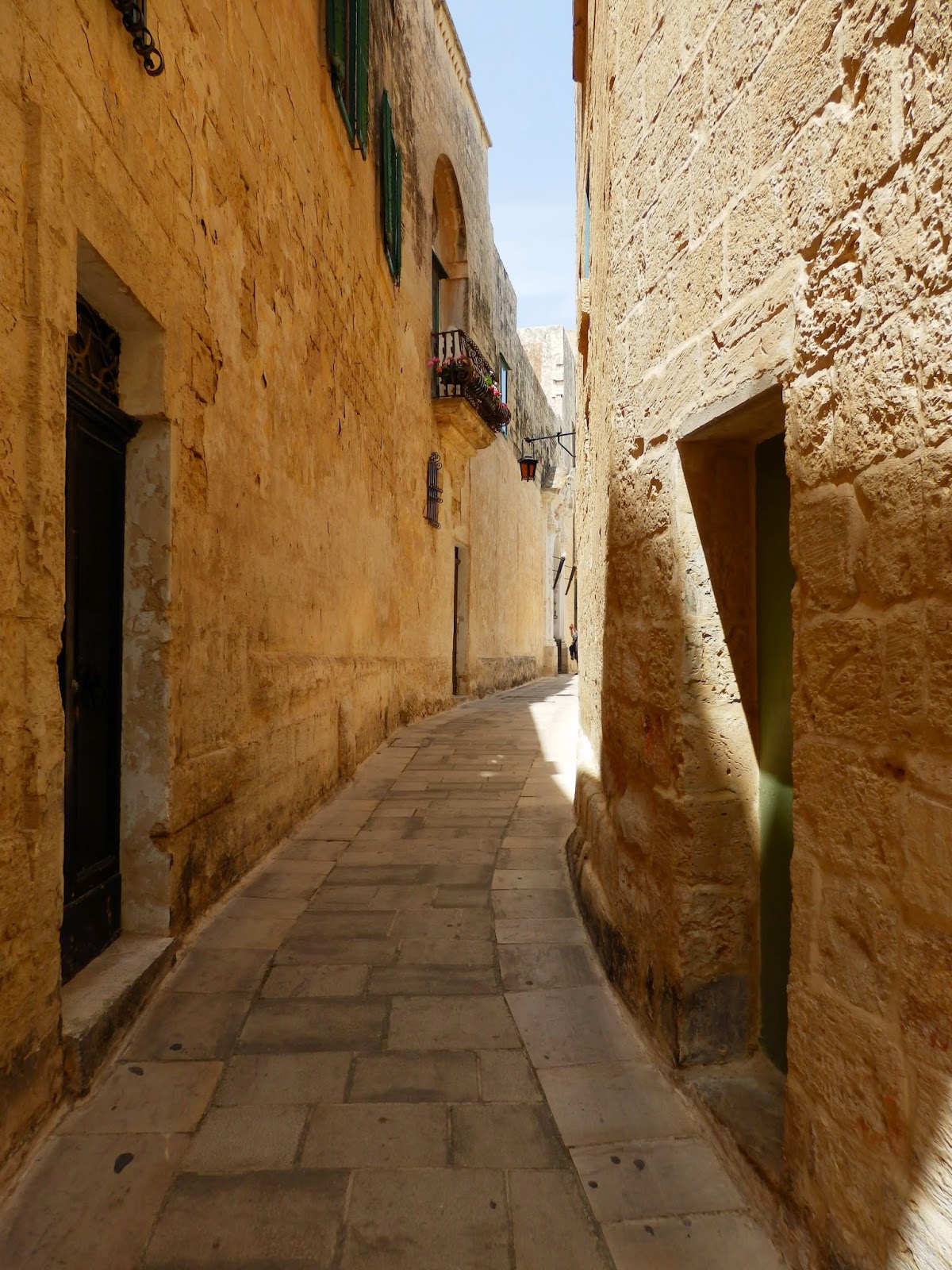 ... you meet up with a gaggle of other tourists. Mdina is virtually car free as only it's three hundred residents may drive within the walled area - with an exception for undertakers and wedding and emergency vehicles. 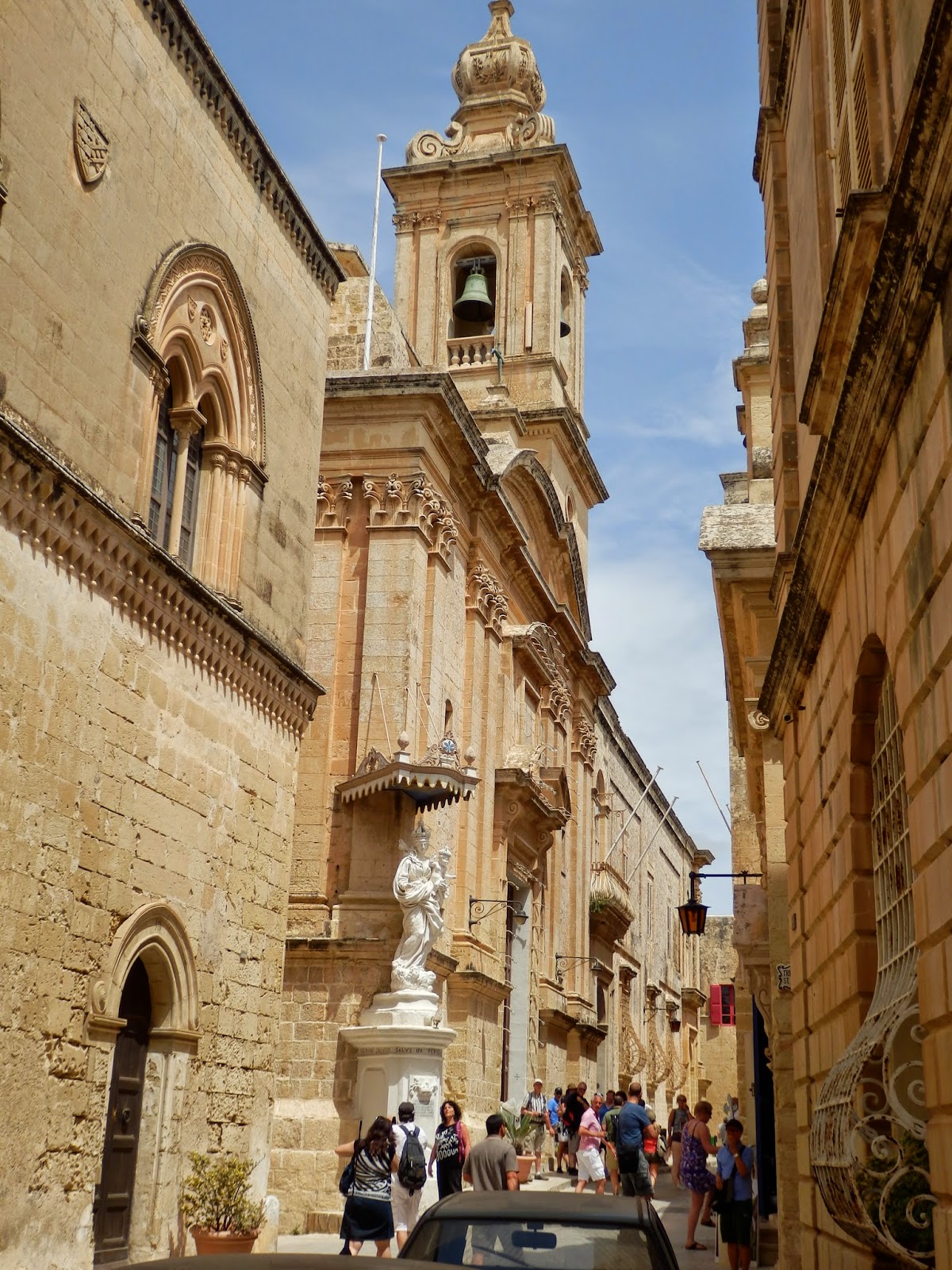 Horse and carriage is one way to take in the atmosphere and but it's also good to simply walk and ... 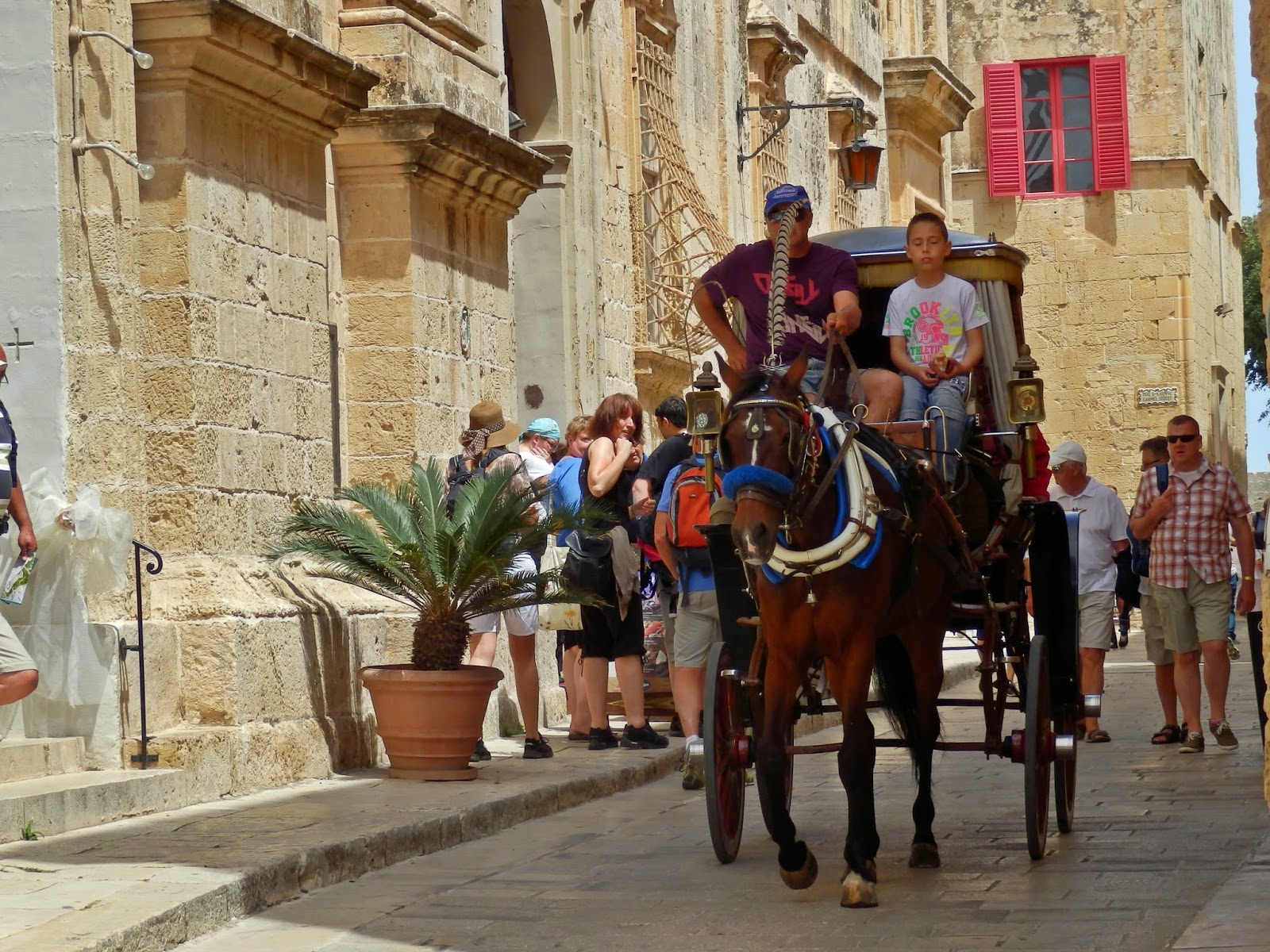 ... get lost in the narrow streets. 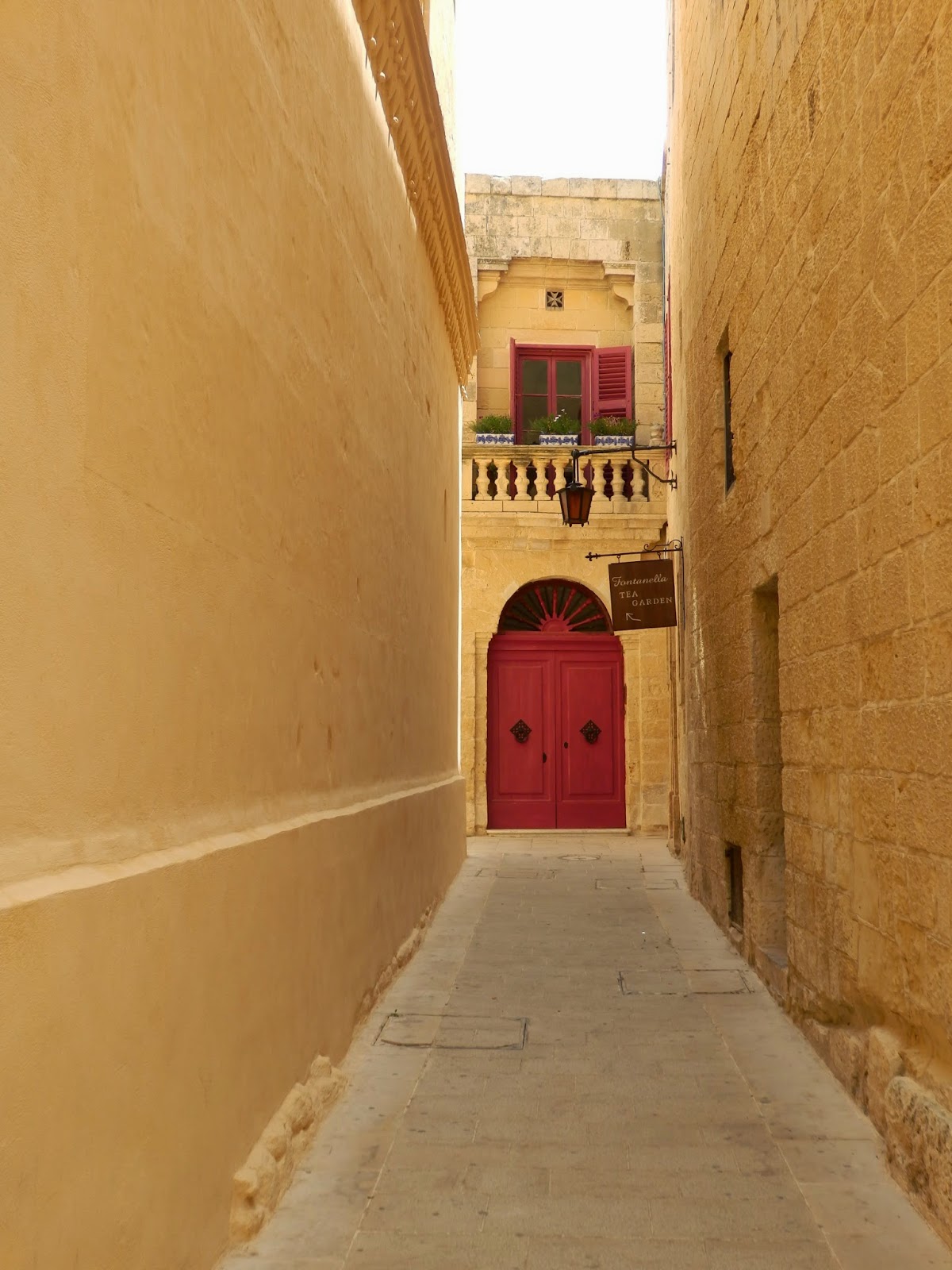 On the opposite side of Mdina - to the entrance - is a good place to look over the city walls. It's easy to see why the town was built in this position, as it's situated on one of Malta's highest points, slap bang in the middle of the island. The Mediterranean can be seen in the distance. 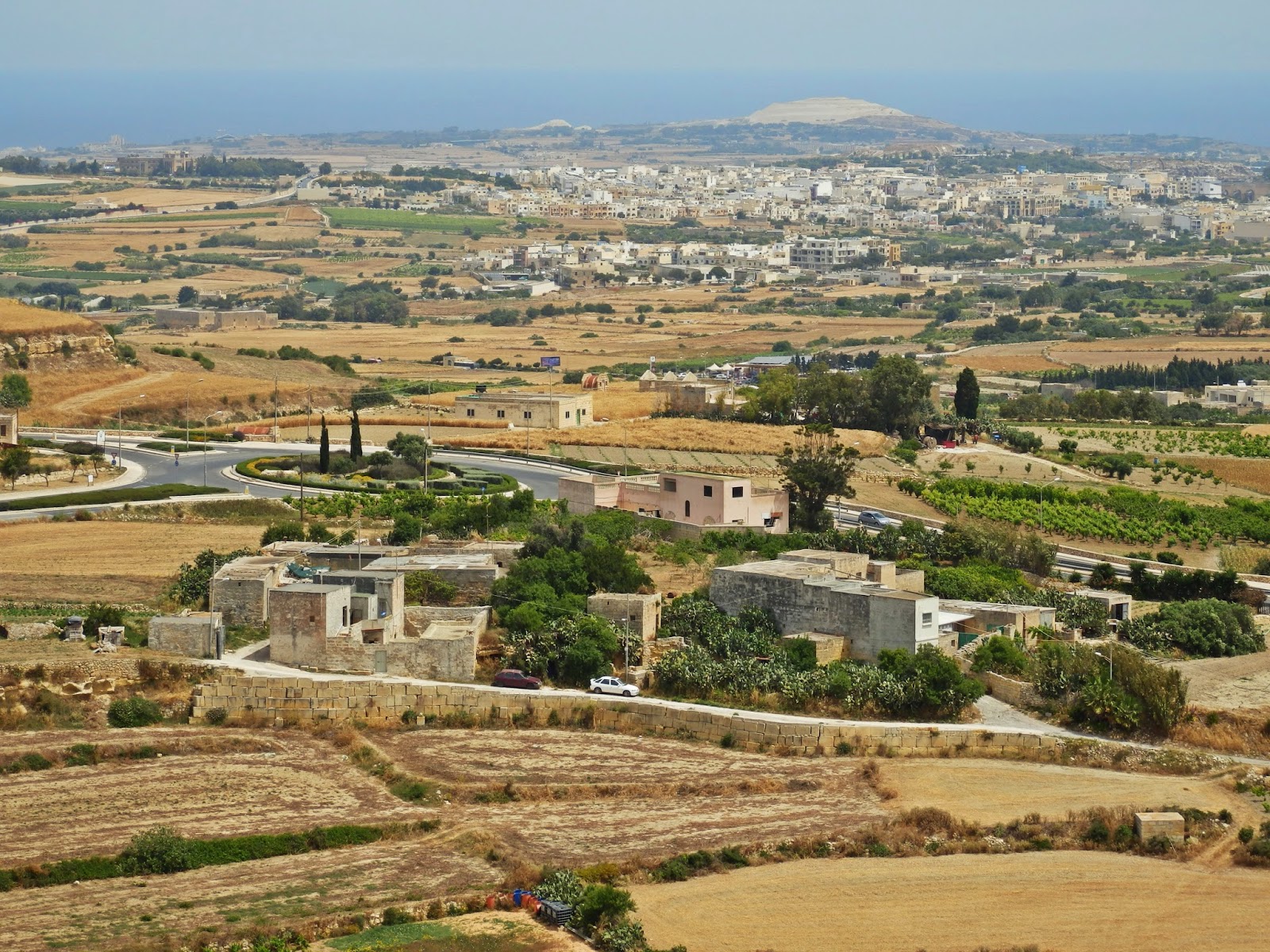 It is believed to have first been fortified by the Phoenicians somewhere around 700 BC. 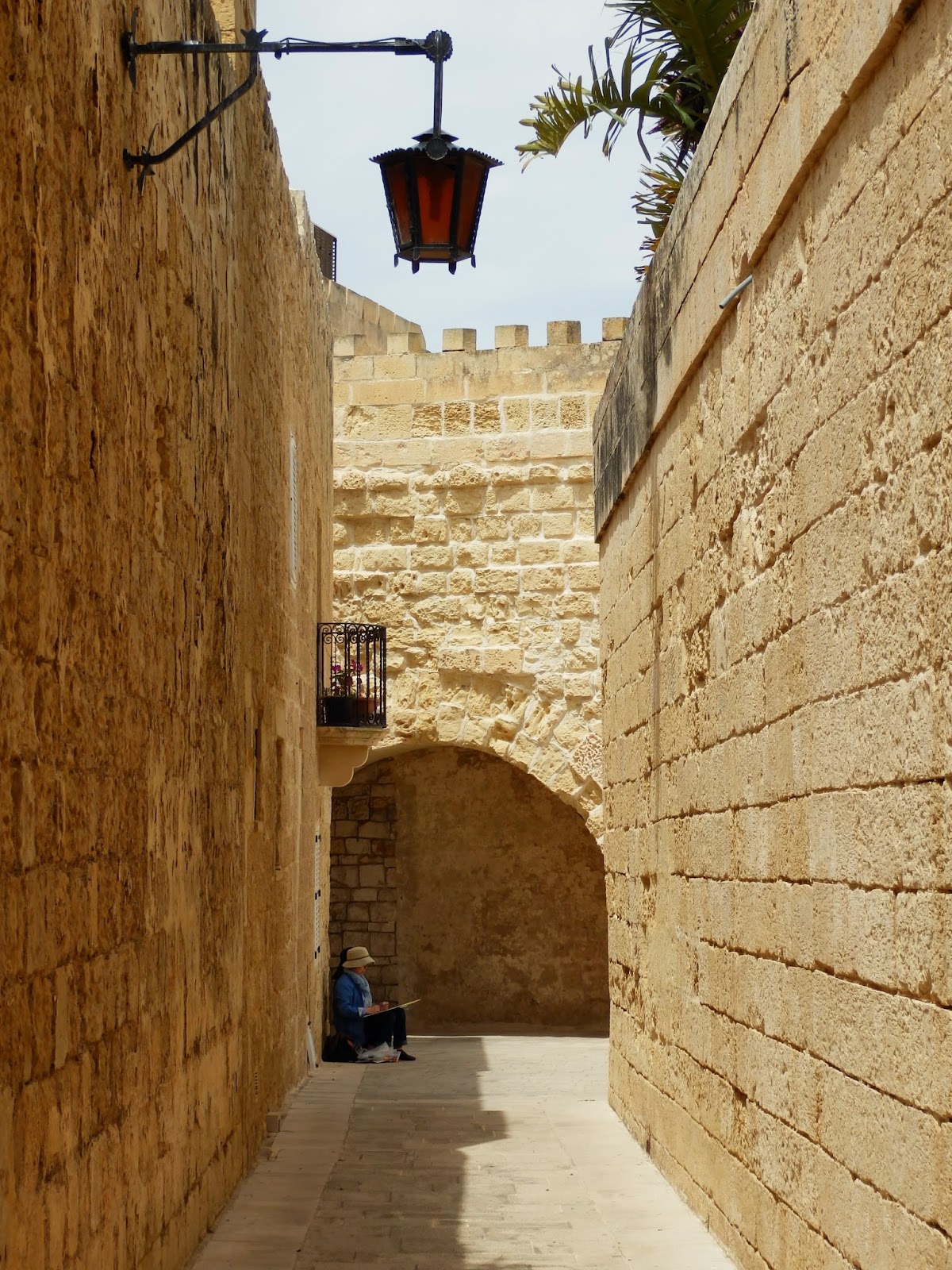 We came across several artists sketching or painting while lost in another world. 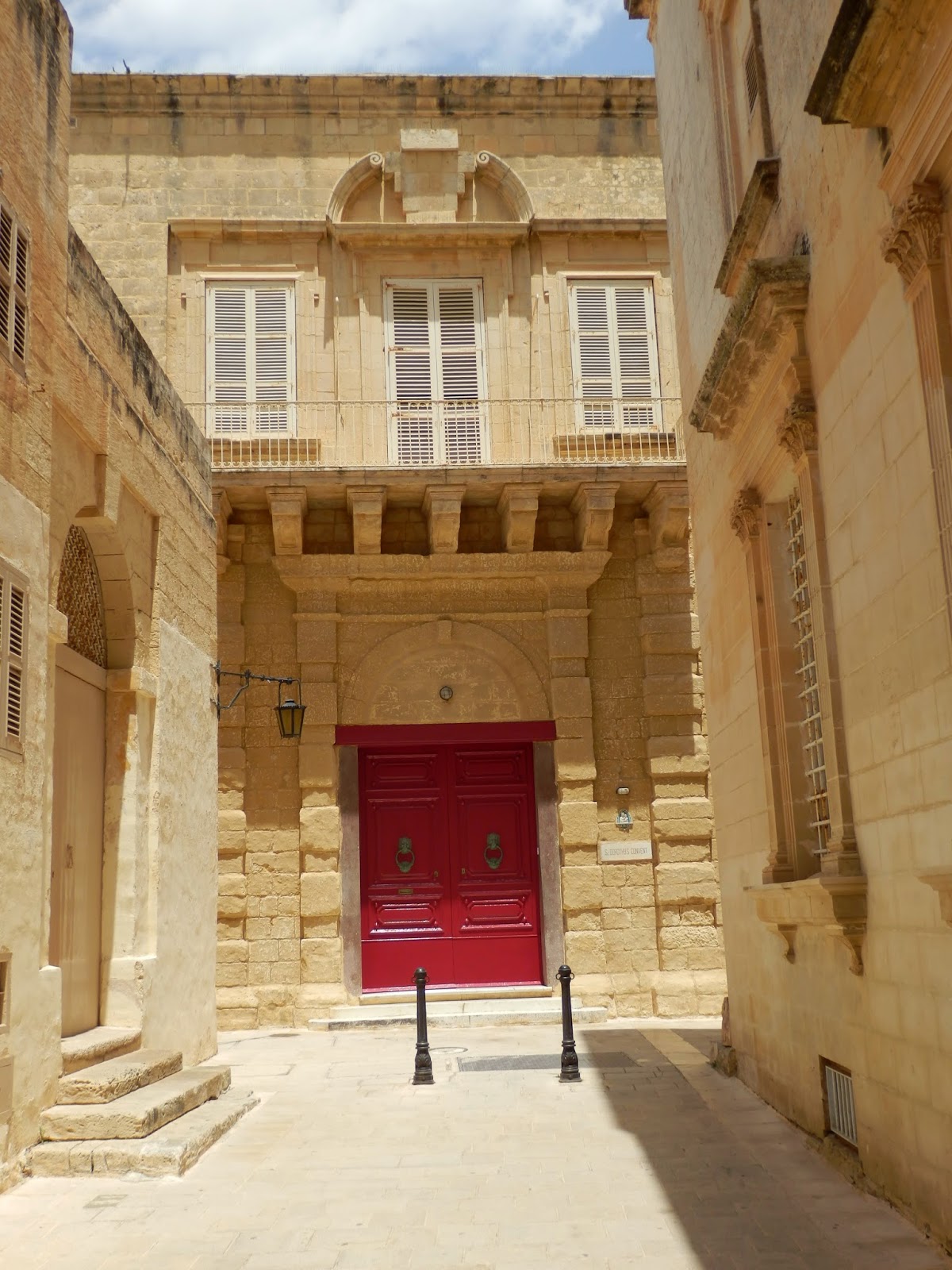 The photo above shows St.Dorothy's Convent and below the narrow streets and passageways give way to a large square where the Cathedral of the Conversion of St Paul sits in all it's glory.

The building suffered extensive damage through an earthquake in 1693 and was rebuilt by Lorenzo Gafà between 1697 and 1702. 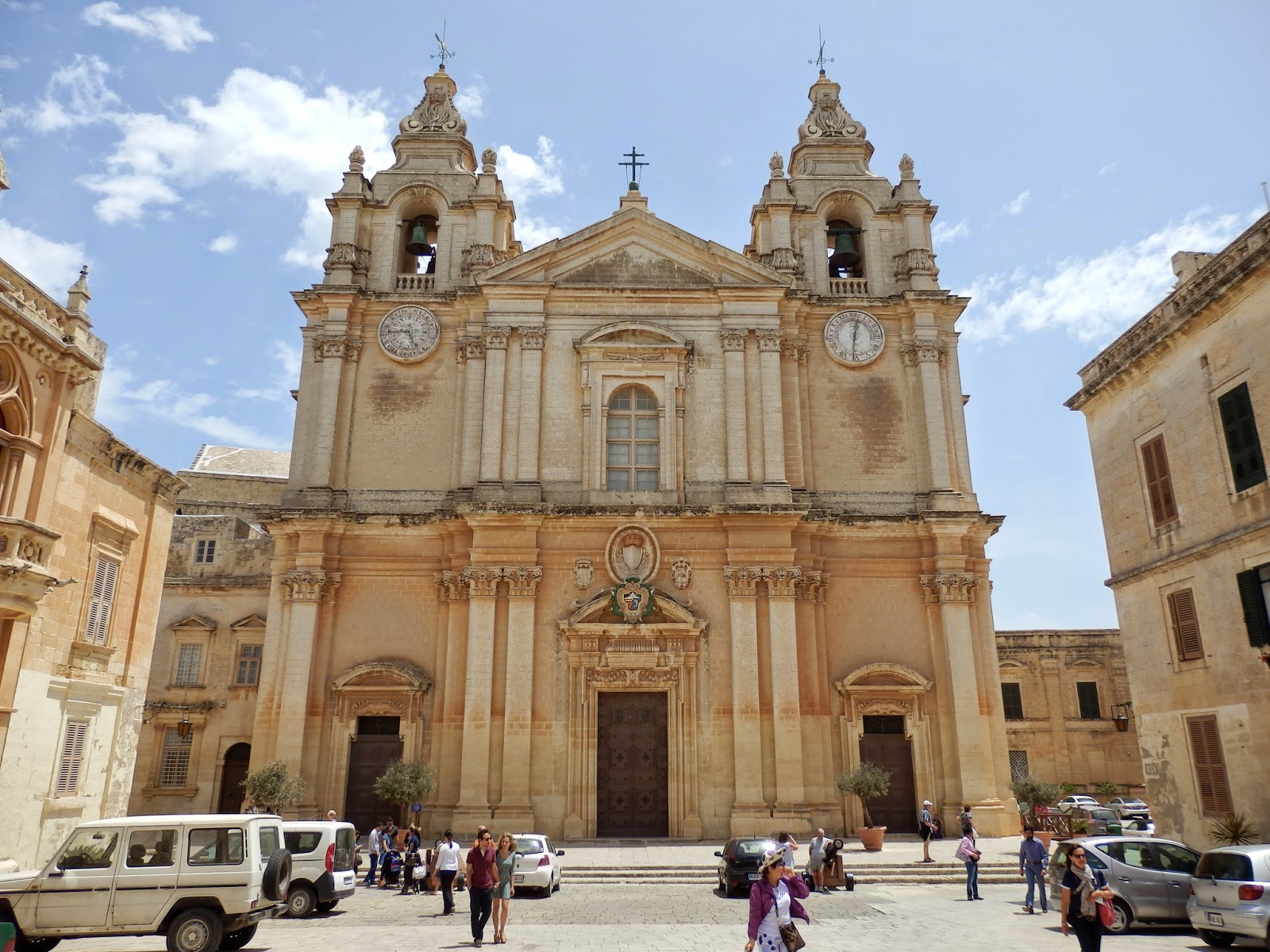 The floor of the Cathedral is paved and decorated with marble tombstones which display the coat of arms of the bishops of Mdina and other such dignitaries.

The city is also known for it's Mdina Glass. It's lovely quality, but rather pricey. 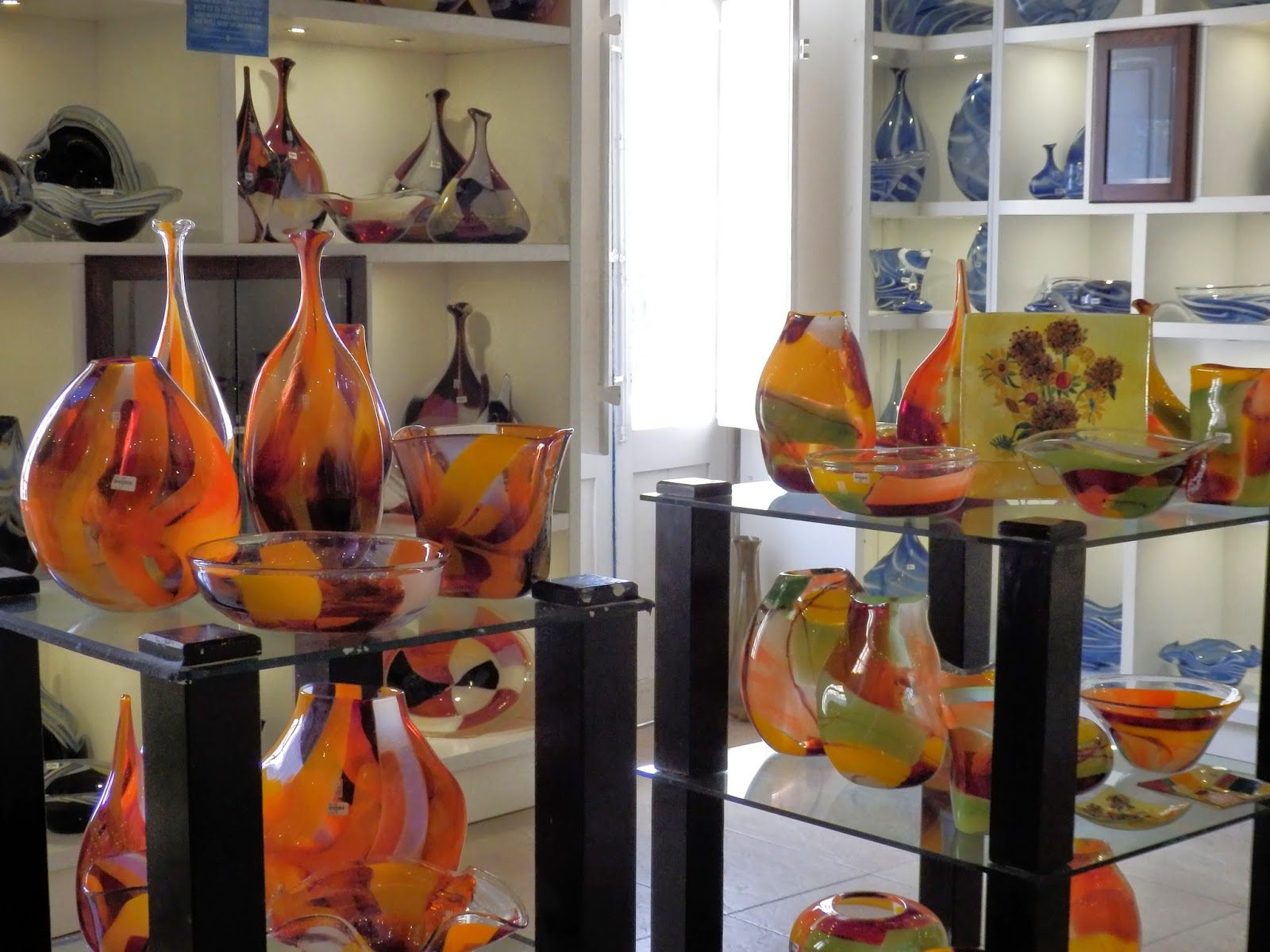 If you fancy a step back in time, your carriage awaits ... 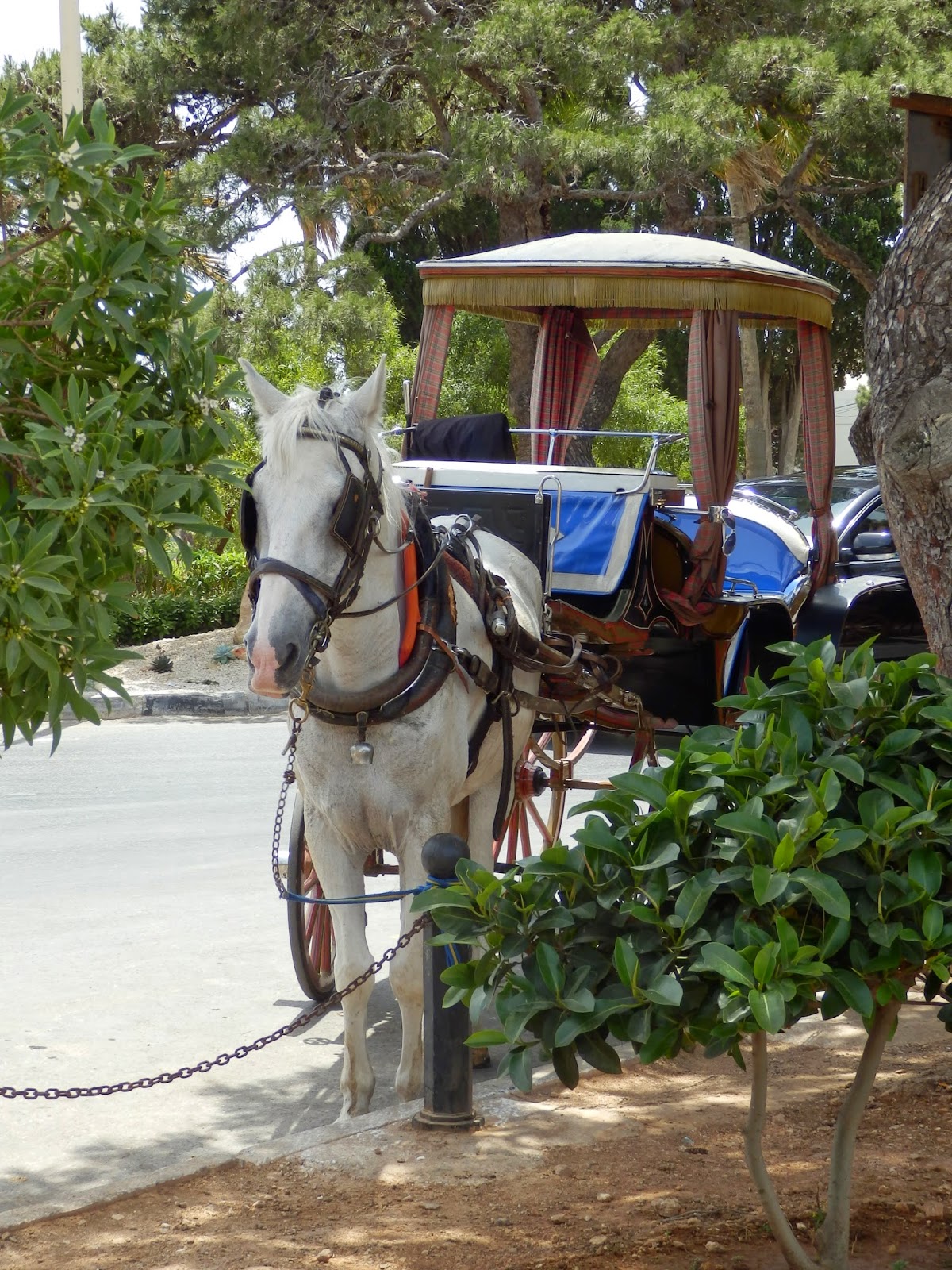 Other Malta Posts:
A Pilgrimage To St Paul's Grotto In Rabat, Malta
Valletta: The City Built By The Knights of the Order of St John
5000 Year Old Tarxien Temples Found In Malta By Farmers Ploughing Their Fields