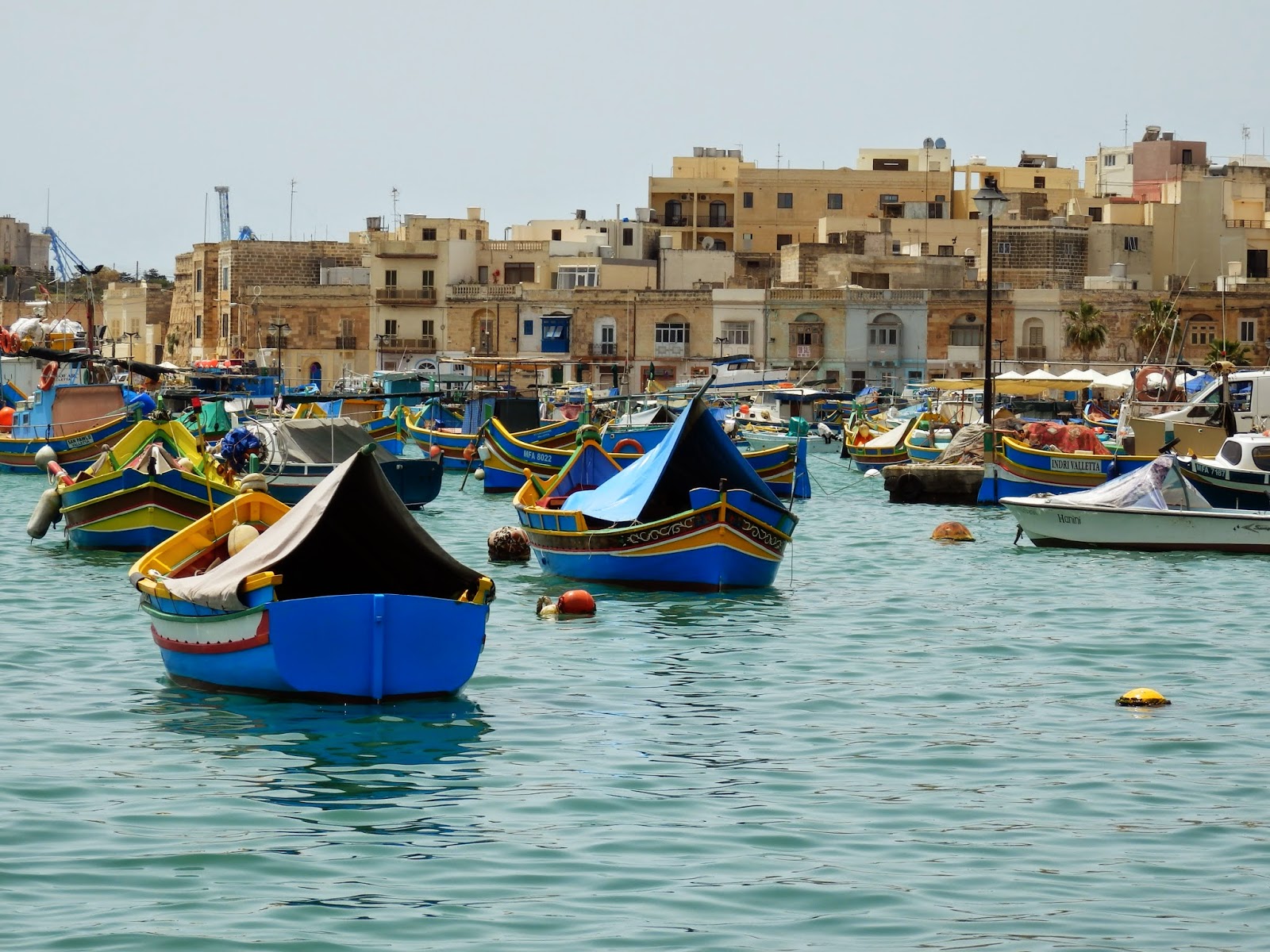 While on our trip to Malta, after visiting the 5000 year old Tarxien Temples we weren't sure what to do next. I suggested we got on the next bus that came along and see where we ended up - and that's what we did.

The bus took us to Marsaxlokk and it turned out to be a delightful fishing village full of colour and sunshine.

The harbour was a mass of traditional fishing boats based on a design dating back to the Phoenicians, who first landed and set up trading posts on Malta, during the ninth century BC. The boats are known locally as luzzus. 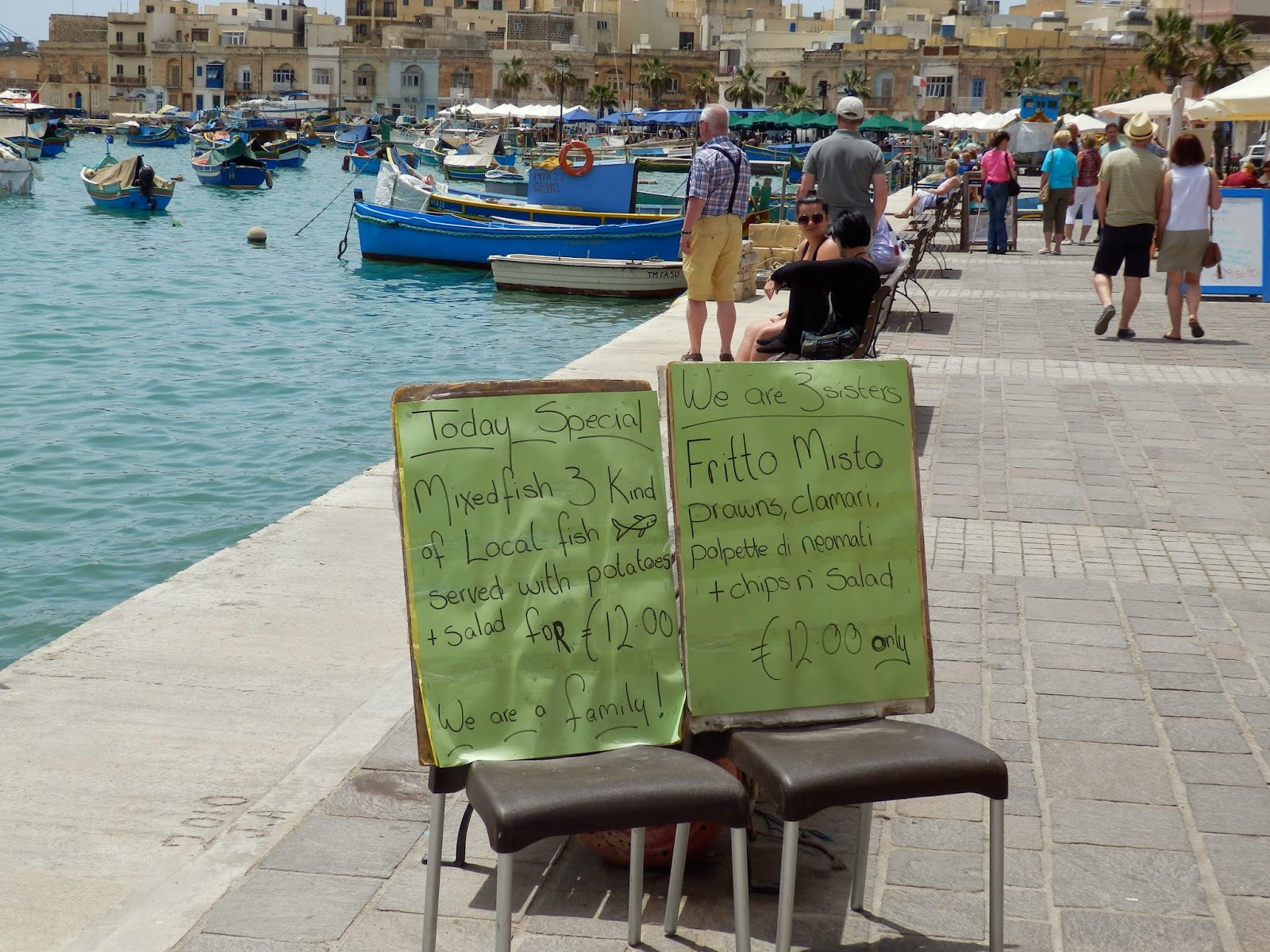 Inevitably, where fish is caught there are fish restaurants. The sign above was from a restaurant run by three sisters whose husbands catch the fish - so a fresh catch guaranteed. 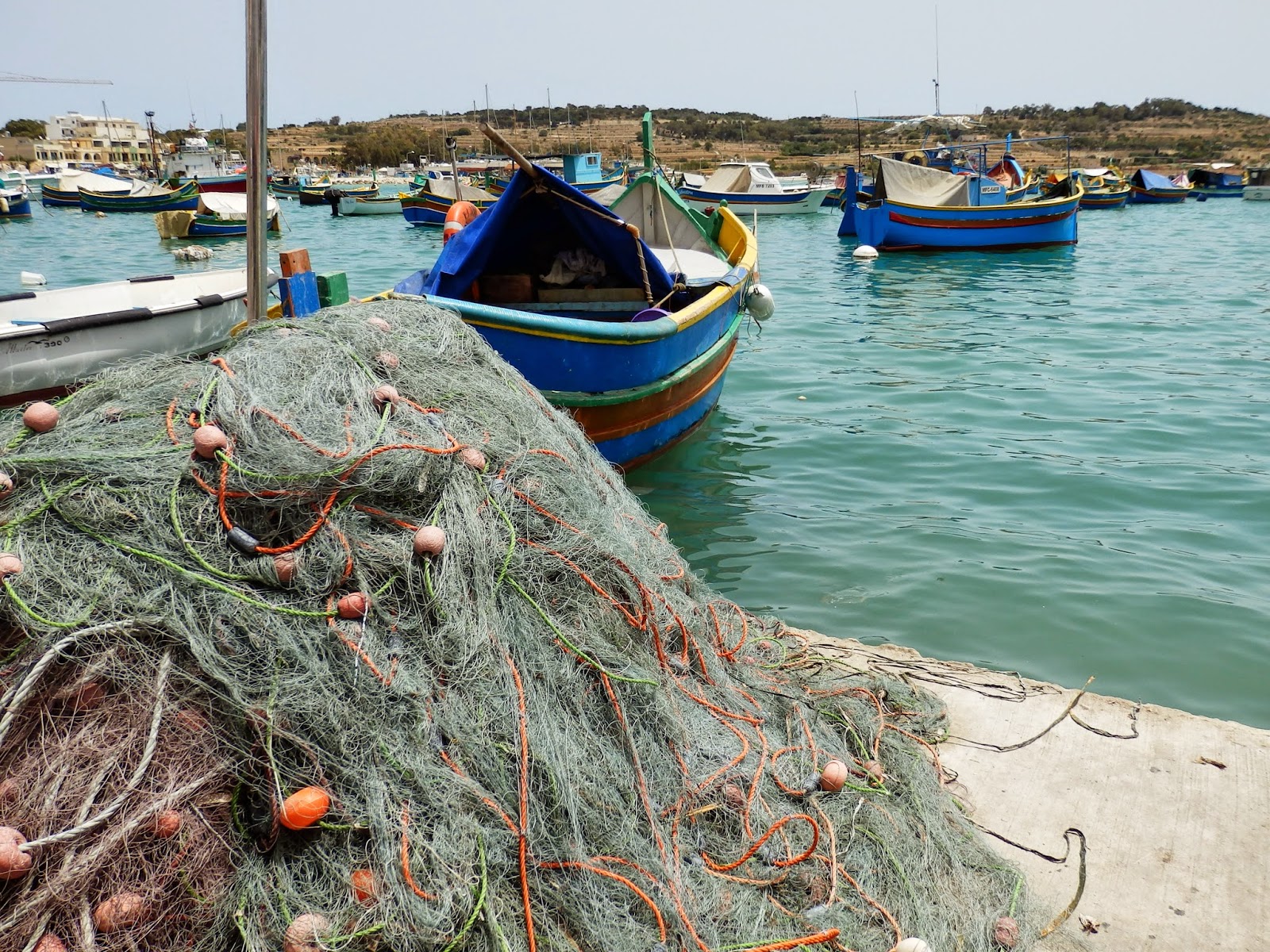 The fishing nets dot the harbour side as do a string of restaurants. It's a perfect, tranquil setting for a meal. 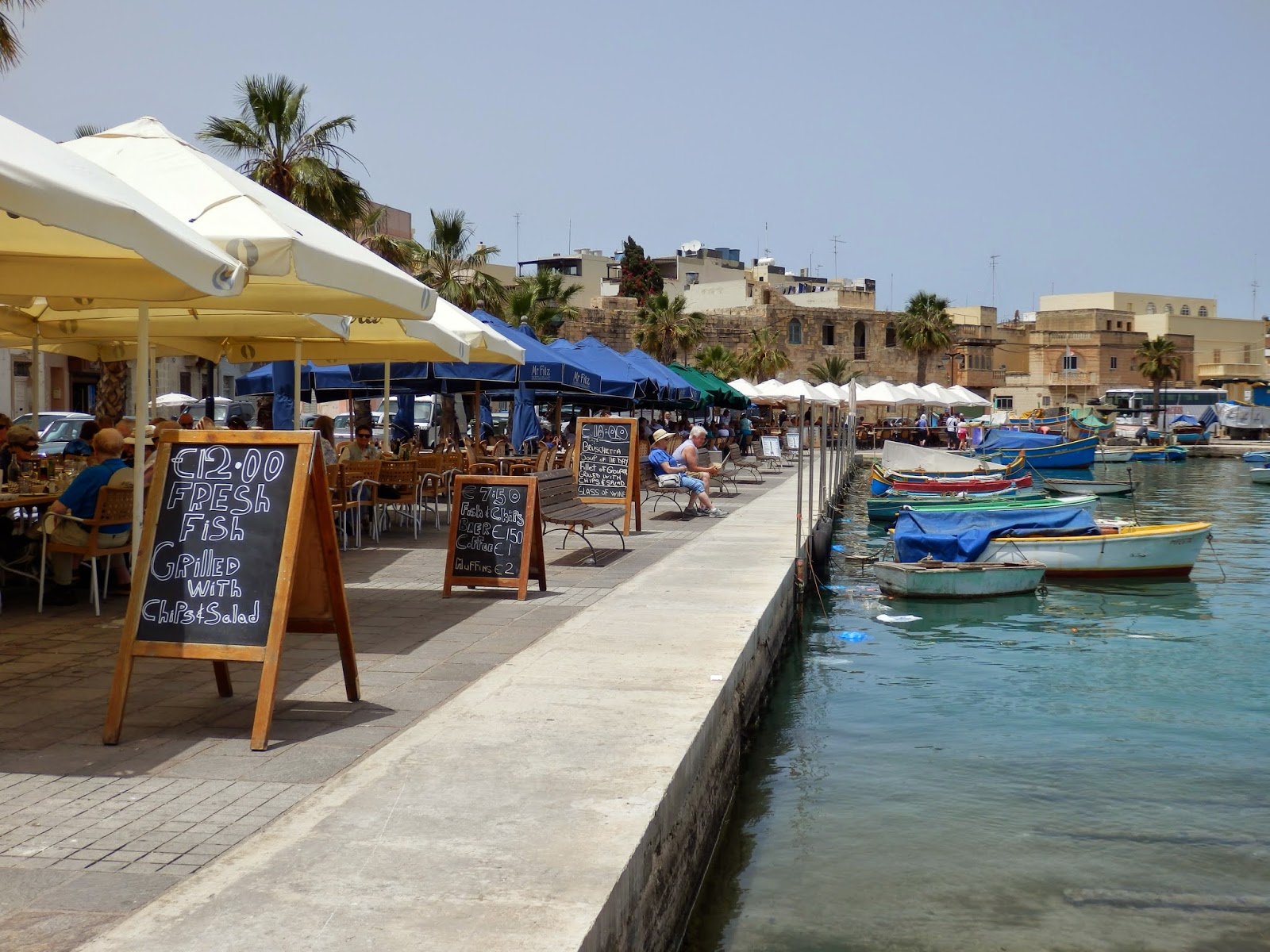 The harbour has it's statue of a fisherman and, of course ... 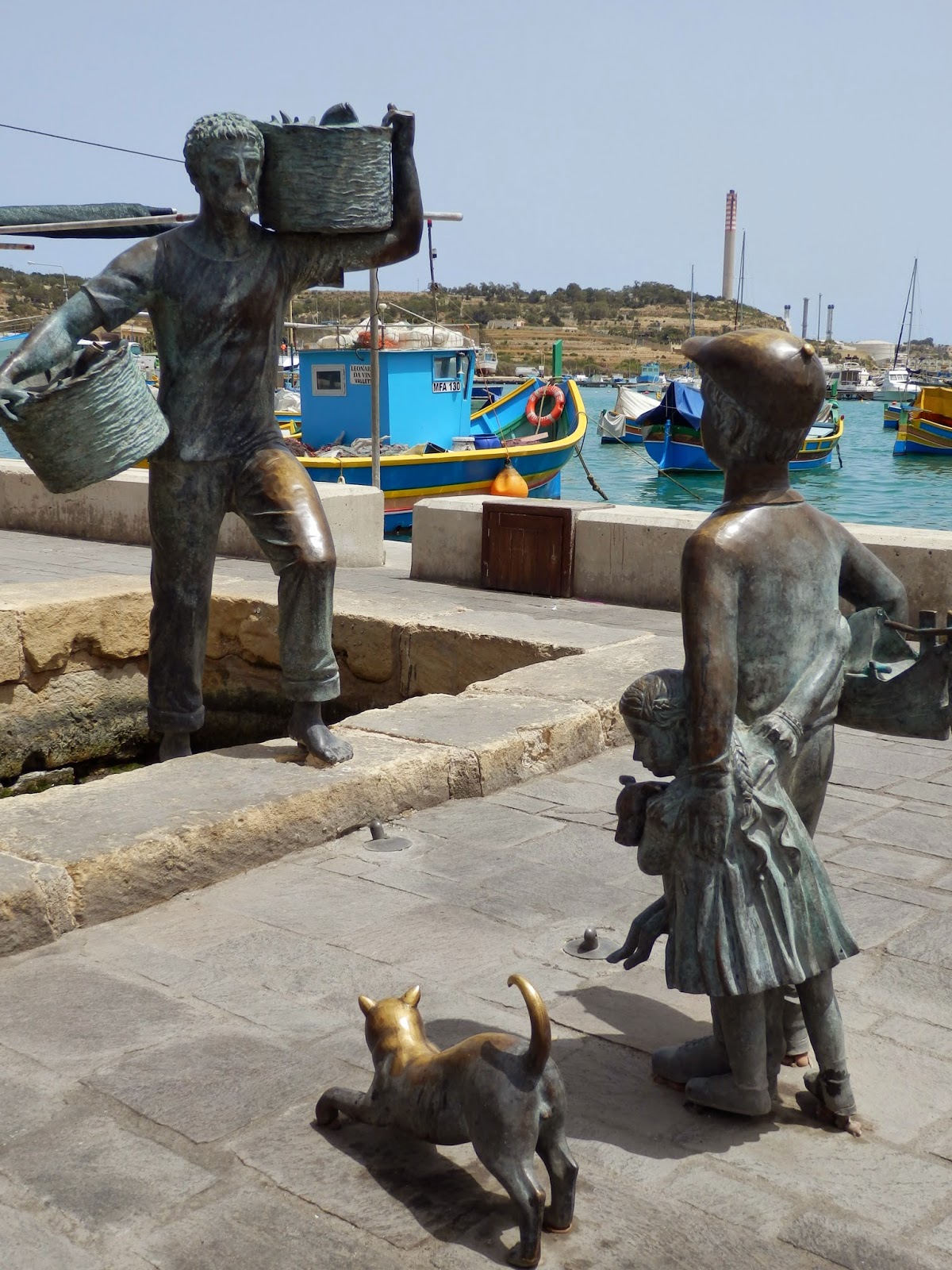 ... there is the inevitable large church nearby. 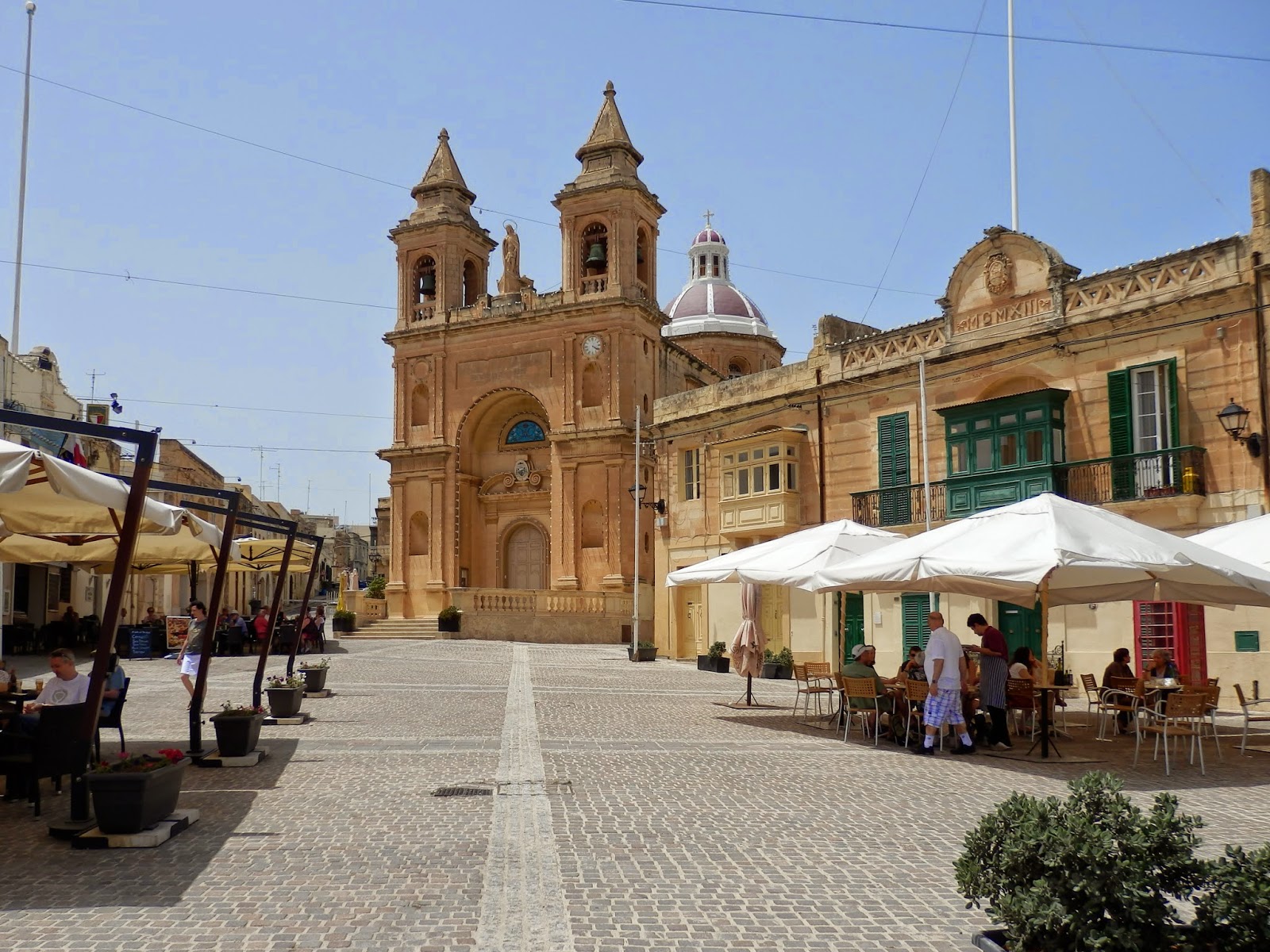 But it's the colourful fishing boats that dominate Marsaxlokk. Where else would you get to see Leornado Da Vinci! 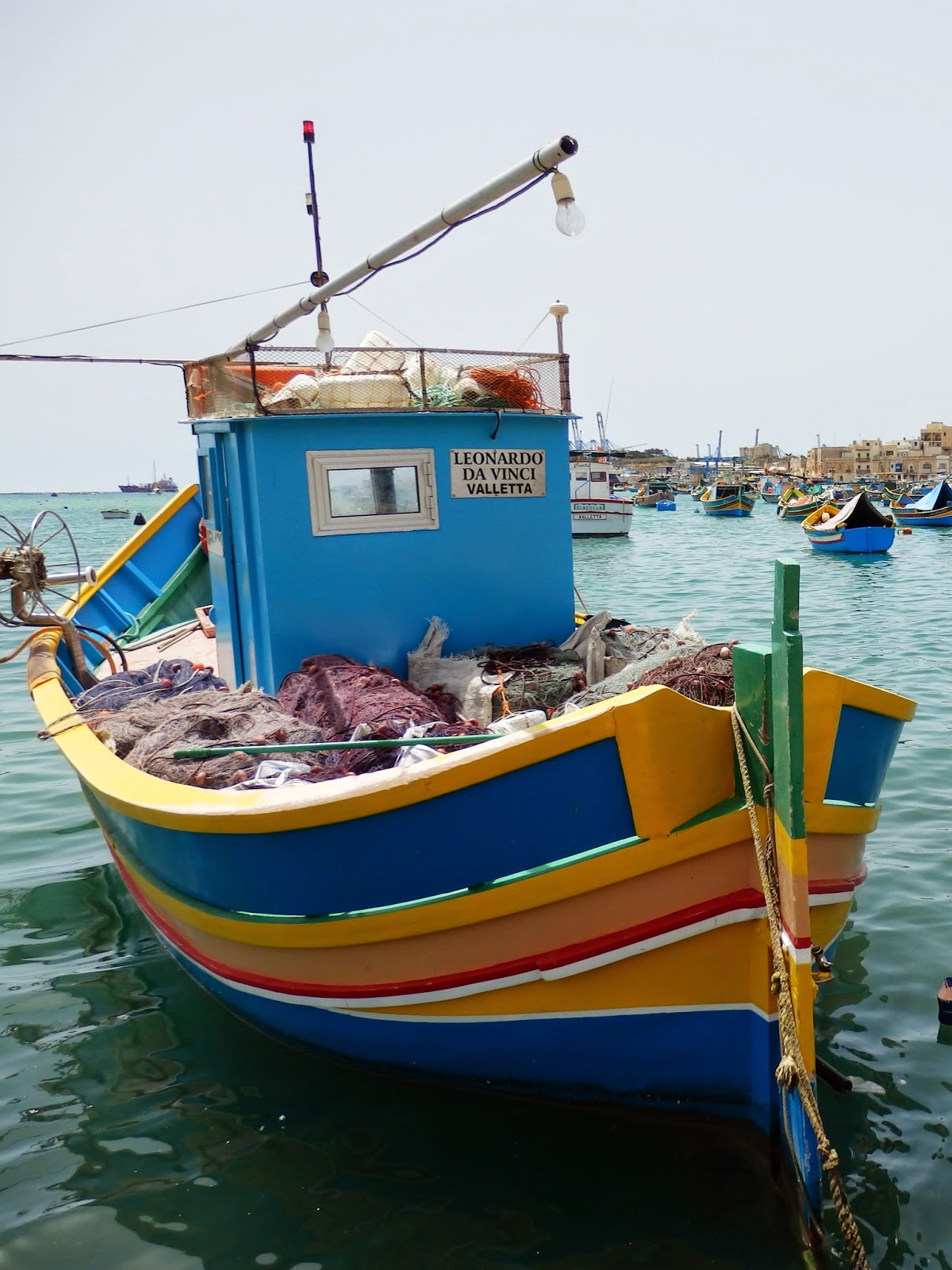 Other Malta Posts:
The Maltese Fisherman Who Visited Heaven
Valletta: The City Built By The Knights of the Order of St John
5000 Year Old Tarxien Temples Found In Malta By Farmers Ploughing Their Fields
Stepping Back In Time In The Silent City Of Mdina