A Realisation From Tea And Coffee Cups About Life 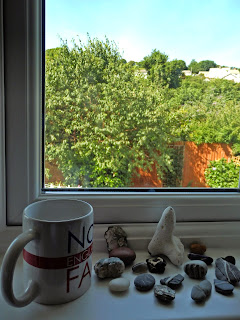 I was playing about with my camera in my home office and took the photo above showing my tea mug on the windowsill - along with some stones I've collected for various reasons.

Then I got to thinking about other cups of tea or coffee I have snapped, and found a few more. Like this one of two tea cups, with a milk jug, in Ibiza ... 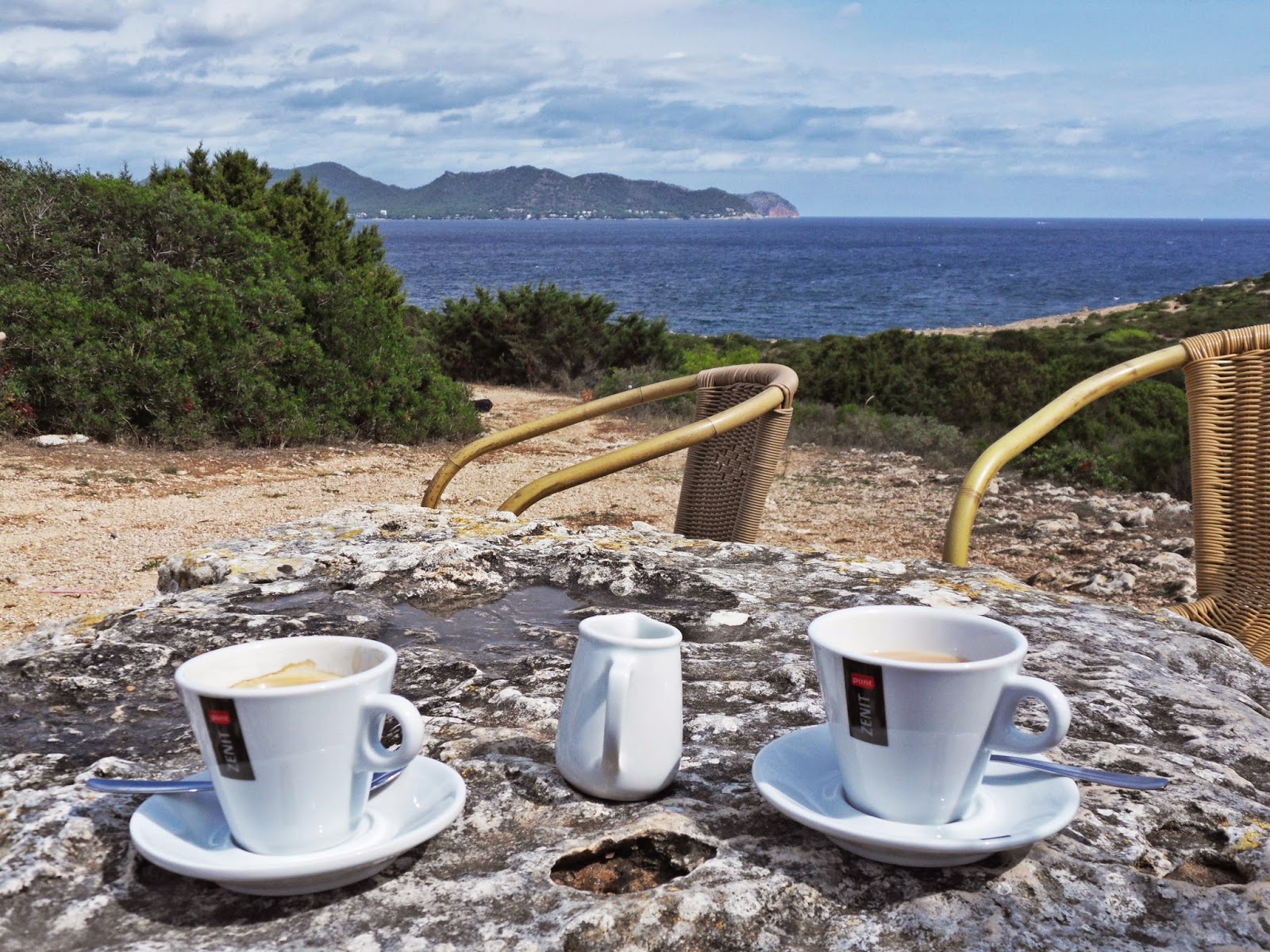 ... and, dare I admit it, two coffee cups in a McDonald's overlooking the sea. I, of course, only went in for the view! 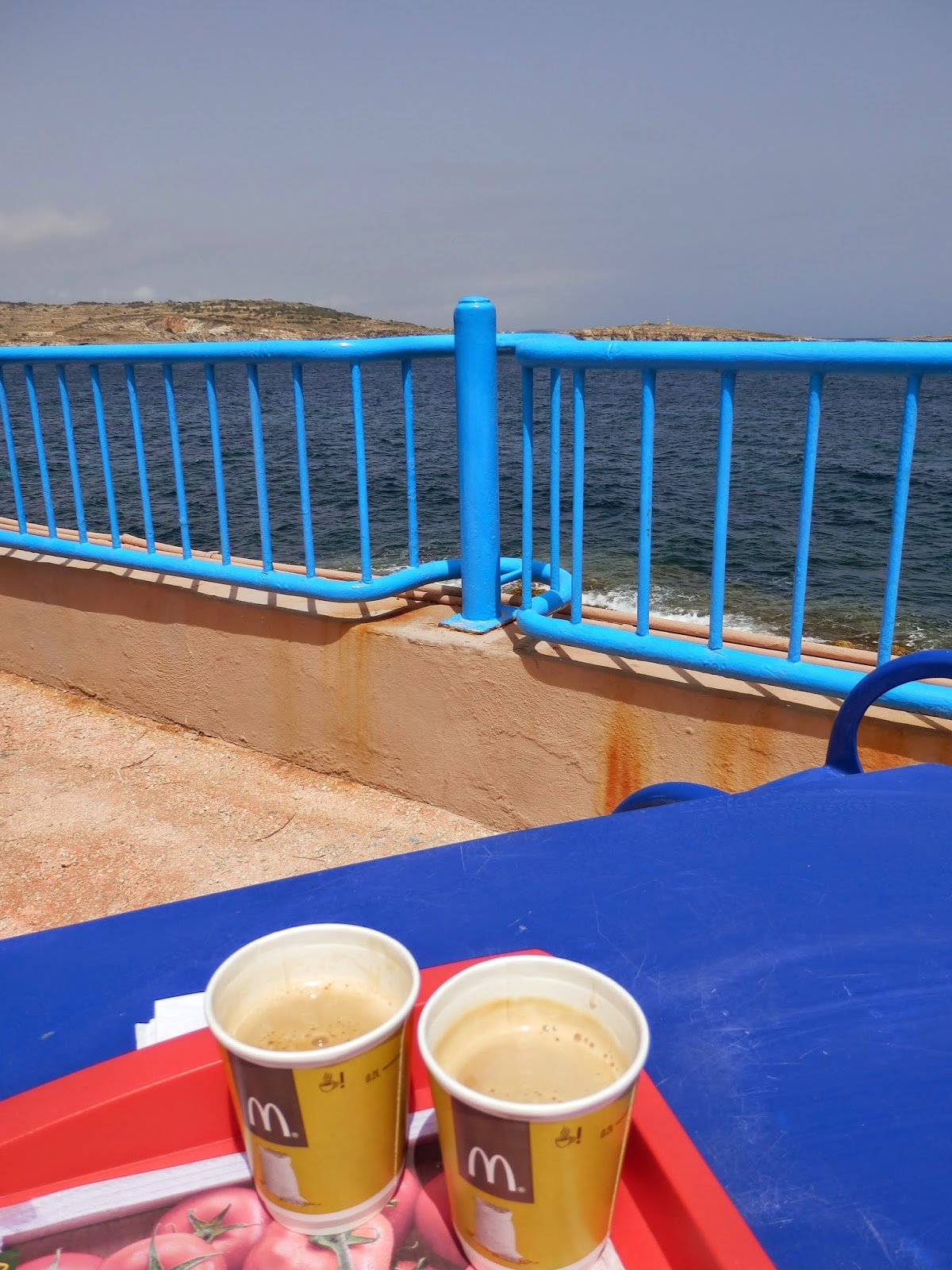 The coffee cup below was taken from a harbour side restaurant in Malta. 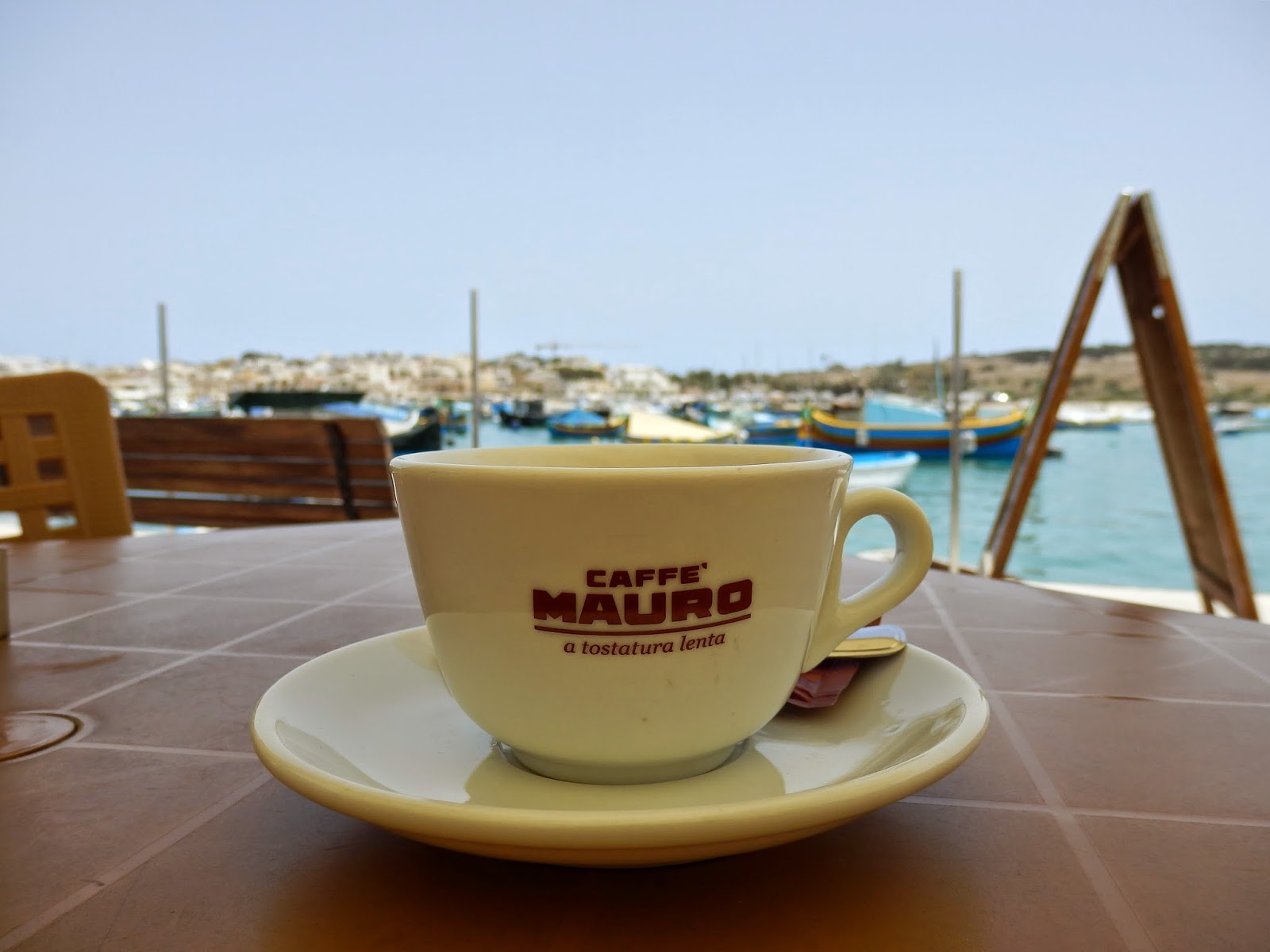 And this one outside a church. 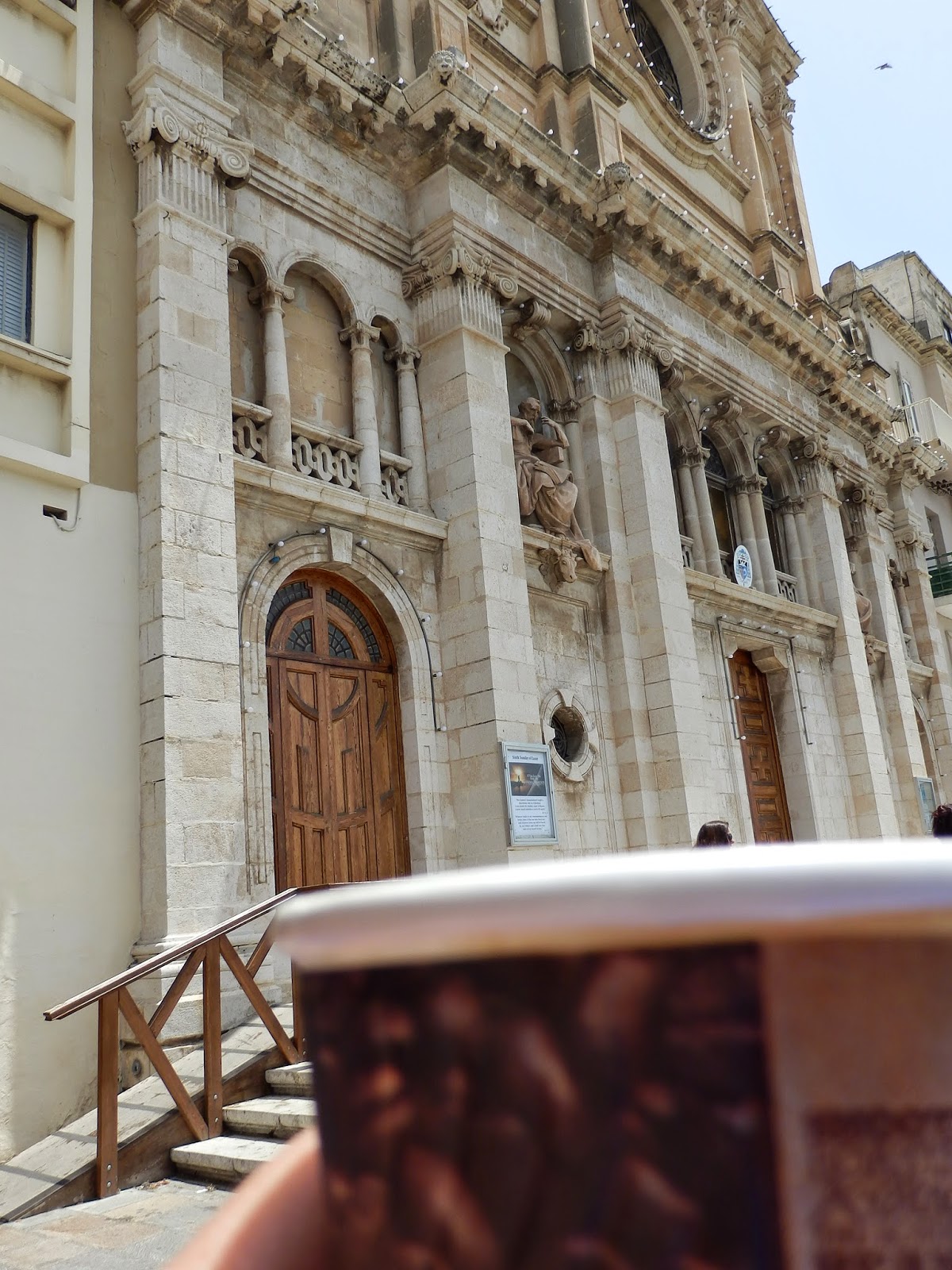 But then I came across the next photo, again taken in my office, but back in 2006. And then I realised the similarities with the top photo. Both of my tea mugs are for England (with the red St.George's Cross) during World Cups (soccer). The top one for this year, 2014, being held in Brazil and the one below for 2006, which was held in Germany.

Then I thought how predictable I must be! Every FIFA World Cup I get enthused about England's chances, only for the players to let me down, even though some are earning over £200,000 ($280,000) a week. And Karin buys me an England mug for when I'm glued to the matches on TV!

The England team have been a disaster this year, but I've enjoyed many of the other World Cup matches. It was good to see the USA playing well. No doubt a force to be reckoned with in the future. 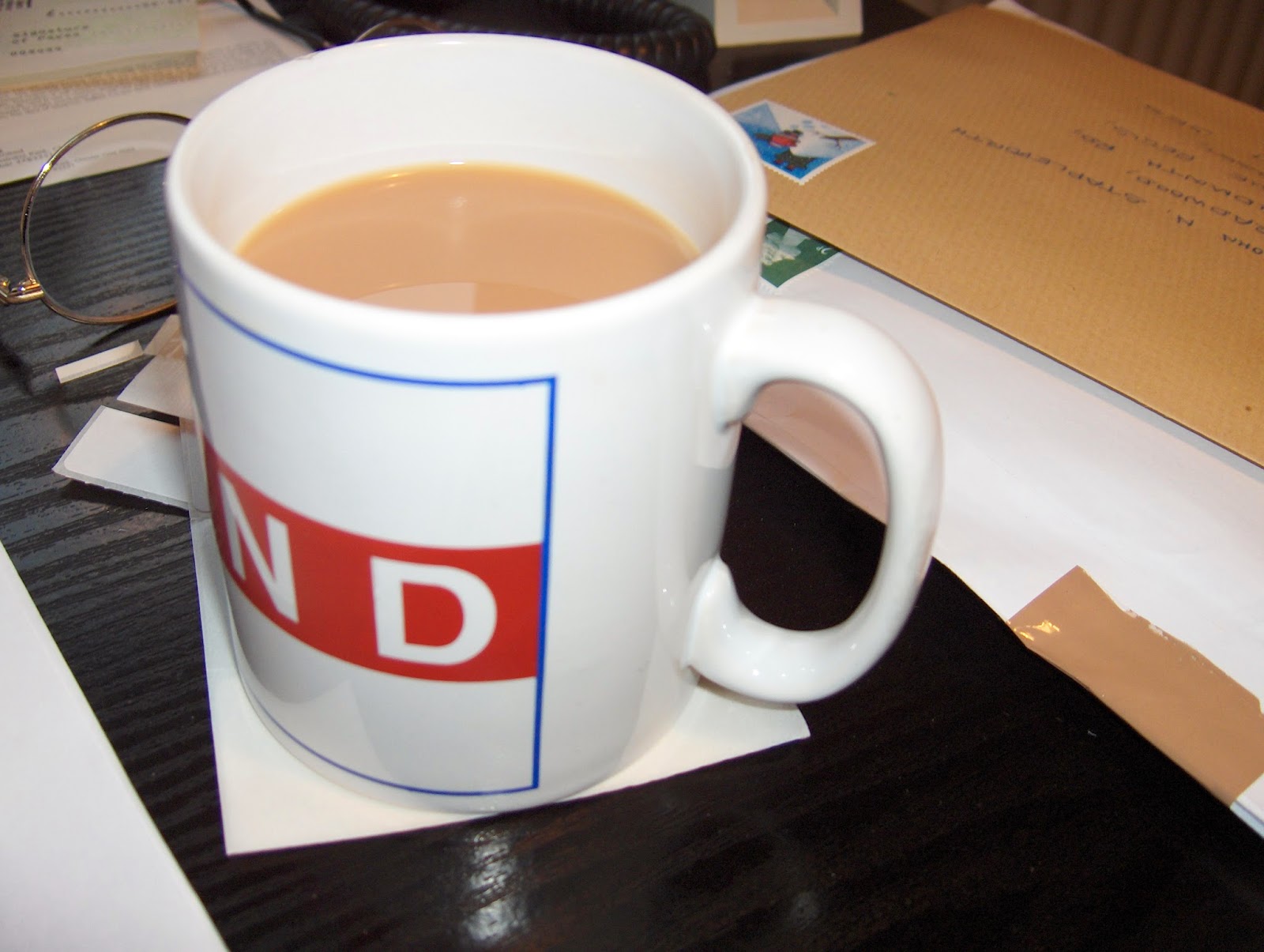 But, I guess, my predictability does come with a dose of optimism - ever the optimist. There's eight years between the two photos and that does strike home how quickly time goes by.

Maybe it's time for change.

Other Recent Posts:
The Sex Olympics Looks To The Future
The Synchronicity That Follows From Talking To Strangers
The Coincidence Of The Professor On Life's Yellow Brick Road