The Sex Olympics Looks To The Future 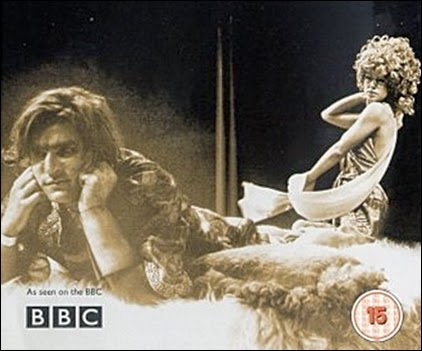 A 1968 BBC television play, The Year Of The Sex Olympics, has been dragged into the news recently as allegations have been made against one of the main actors.

After 46 years I'm not sure what relevance these allegations have today, especially as the actor concerned is dead. But what is interesting is what The Year Of The Sex Olympics was all about. You could say, it gave people a taste of today, or our near future, way back in the 1960s.

The Daily Mail described the play: "It depicted a dystopian world where the media is controlled by an elite few who keep the masses docile by pumping out pornography and reality TV shows." Now that must ring a bell!

If we look at the plot there is much more that is relevant to today.

The Year Of The Sex Olympics (TYOTSO) is set in a future, society which is divided between 'low-drives' that equate with the labouring classes and the 'hi-drives' who control the government and media. There's another ring of the bell here - the UK political parties are run by these high-drives today - wealthy, without any experience of the 'real' world, expensively educated and have never had a 'proper' job. Cameron, Osborne, Milliband, Clegg from the Conservatives, Labour and Liberal Parties fit this description. So it doesn't matter too much who we vote for (other than perhaps UKIP!)

In the play the hi-drives are concerned about overpopulation. Today's Daily Mail (June 28, 2014) heads one story, "Another boat packed with migrants heads for Europe as it's revealed Britain's population has grown by 5 million in 12 years. Now a historian delivers a chilling warning ... This human tide will be the great crisis of the century." Strong stuff!

But going back to TYOTSO they decide on a way to keep the lower classes - the low drives - docile by serving them an endless diet of the lowest common denominator television programmes: pornography and then finally reality shows. That sounds familar!

Their first reality show is where a couple are stranded on a bleak island, without any technology, and have their efforts to survive filmed twenty four hours a day. To spice things up they introduce a psychopath to the island and are amazed when the television audience reacts with laughter when slaughter takes place. The show is thought to be a triumph.

The BBC must have remembered this when they introduced Castaway to us UK viewers in 2000 - a show in which members of the public volunteered to live on an inhospitable island deprived of everyday luxuries normally available to society. The USA had Survivor the same year. And, of course, Big Brother then followed and then a myriad of other reality shows.

Similarly, the dumbing down, sexing up and sheer predominance of television were predicted by the play.

The writer of The Year Of The Sex Olympics, Nigel Kneale, is quoted as saying that he got the idea for the plot from the "...worldwide dread of populations exploding out of all control" leading him to devise a world where pornography hooks the population "on a substitute for sex rather than the real thing and so keeping the population down."

Kneale also said, "I thought people in those conditions would have very, very, reduced language - they wouldn't be really a verbal society any more, and I think we're heading towards that. Television is mainly responsible for it, the fact that people are now conditioned to image. The pictures they see on television screens more and more dominate their thinking, as far as people do a lot of thinking, and if you had a verbally reduced society, you would get the kind of language - possibly - that you did get in the play".

Often, when we consider what is placed before us as television entertainment, it's as if we know a lot of it is rubbish but somehow get hooked on the dross, as we do with junk food and a general lethargy. Maybe it's time to raise our standards and wake up, before it's too late.

Other Recent Posts:
In A Past Life She Saw Her Brother's Head Cut Off
The Synchronicity That Follows From Talking To Strangers
A Genuine UFO Sighting: What Do You Think?