A Visit To Byron Bay And Eating Coleslaw Coincidences 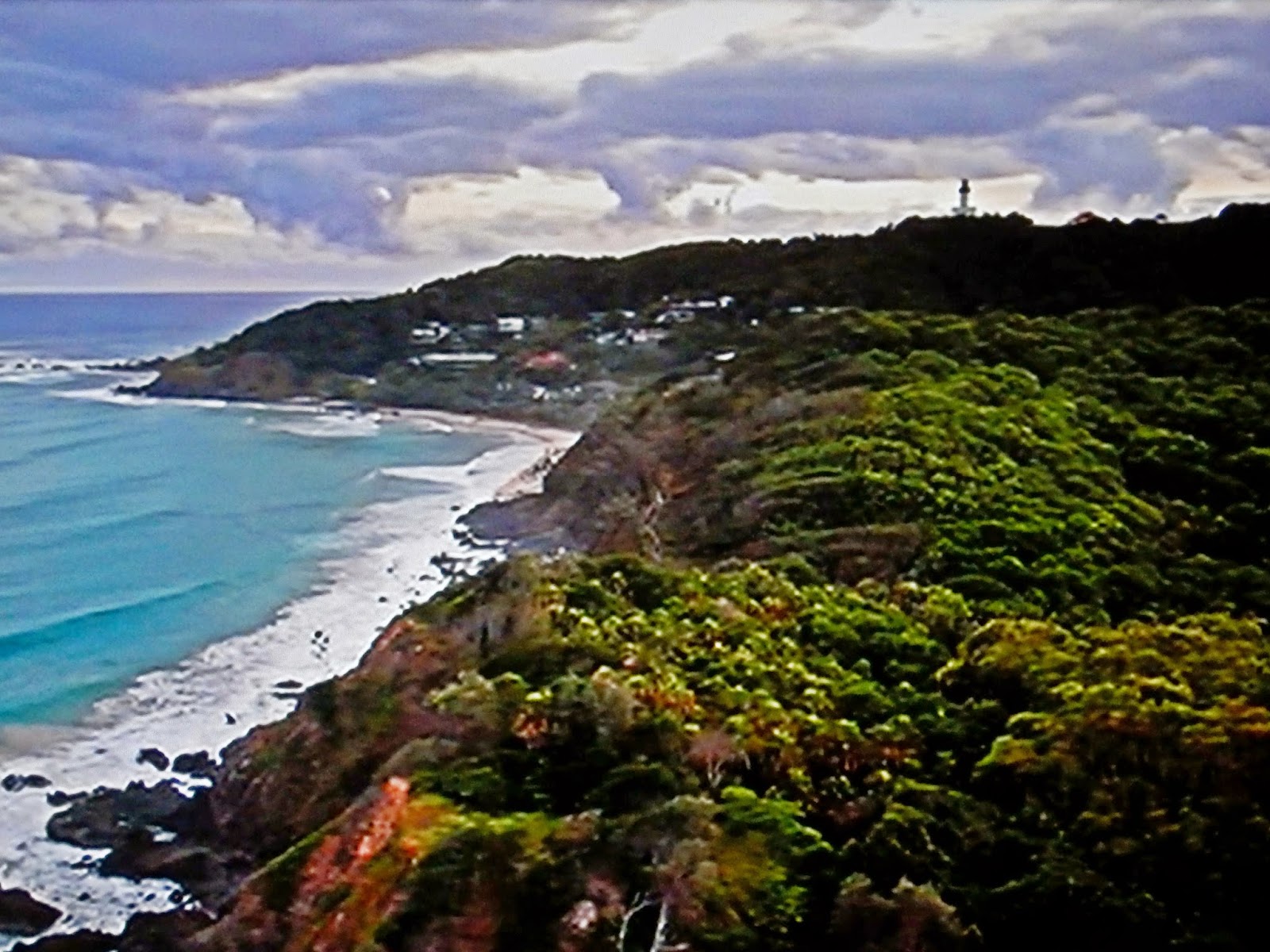 On Monday the 14th July I was feeling a bit lazy in the evening so I had a look to see what was on television. I saw that there was a documentary where the English comedian, John Bishop, was cycling in Australia recreating a journey he had done when a much younger man. 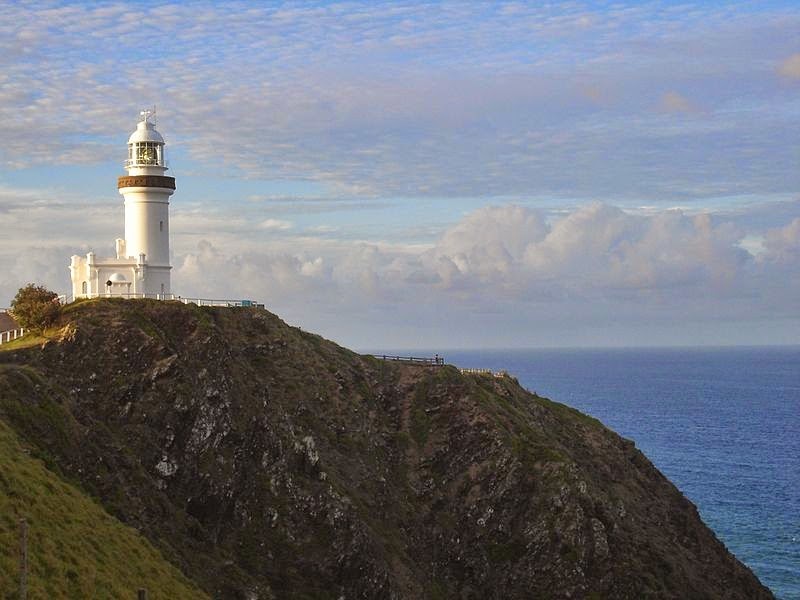 It sounded interesting and I said to Karin, "I wonder if he'll go through Byron Bay which Darren likes so much?"

Karin was immediately confused as our son is called Darren, "Darren likes it?" she questioned.

"No, not our Darren. I mean Darren my blogger friend in Australia." 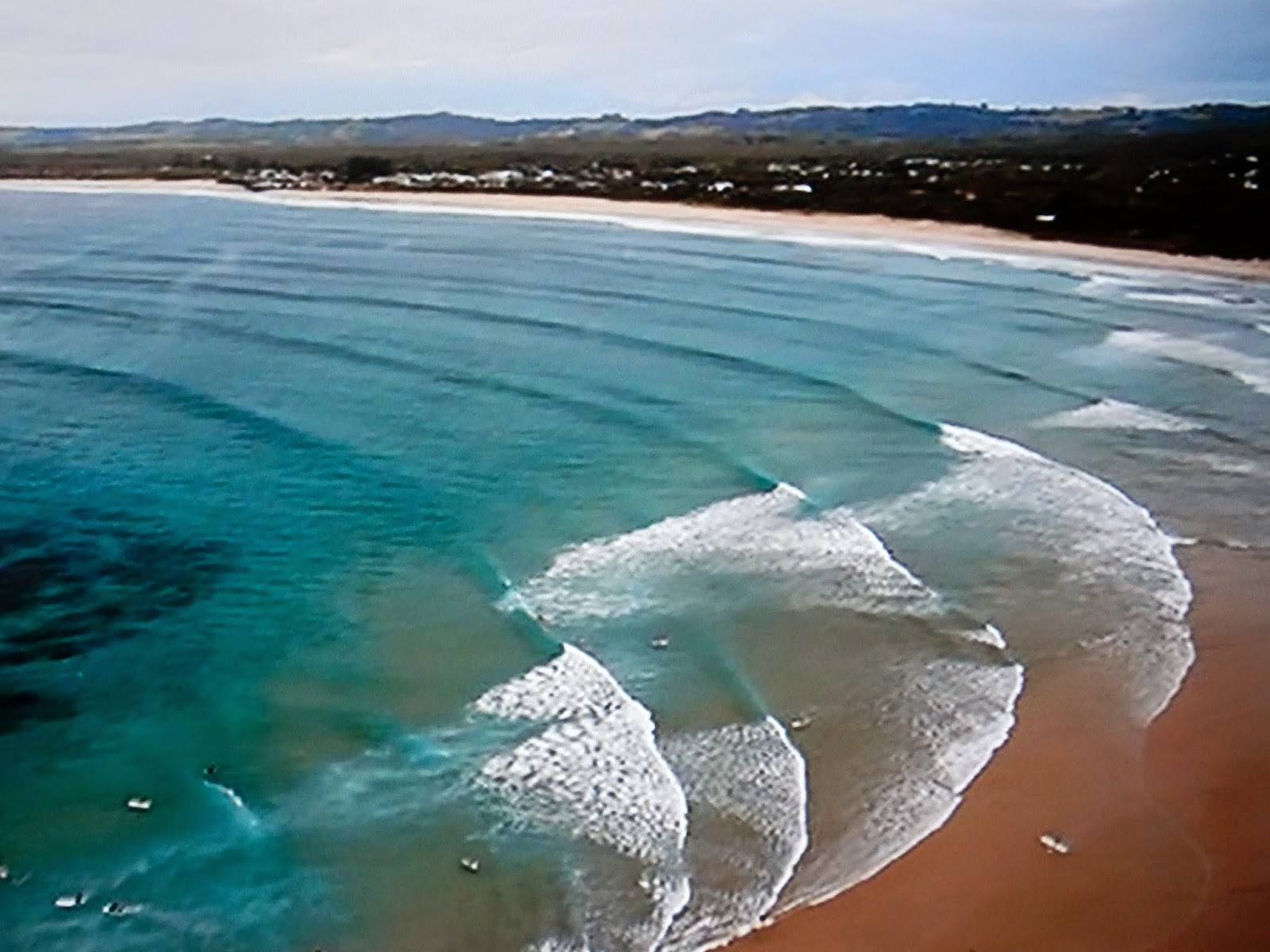 I turned on the television. The programme had started and John Bishop was just arriving in - yes - Byron Bay! 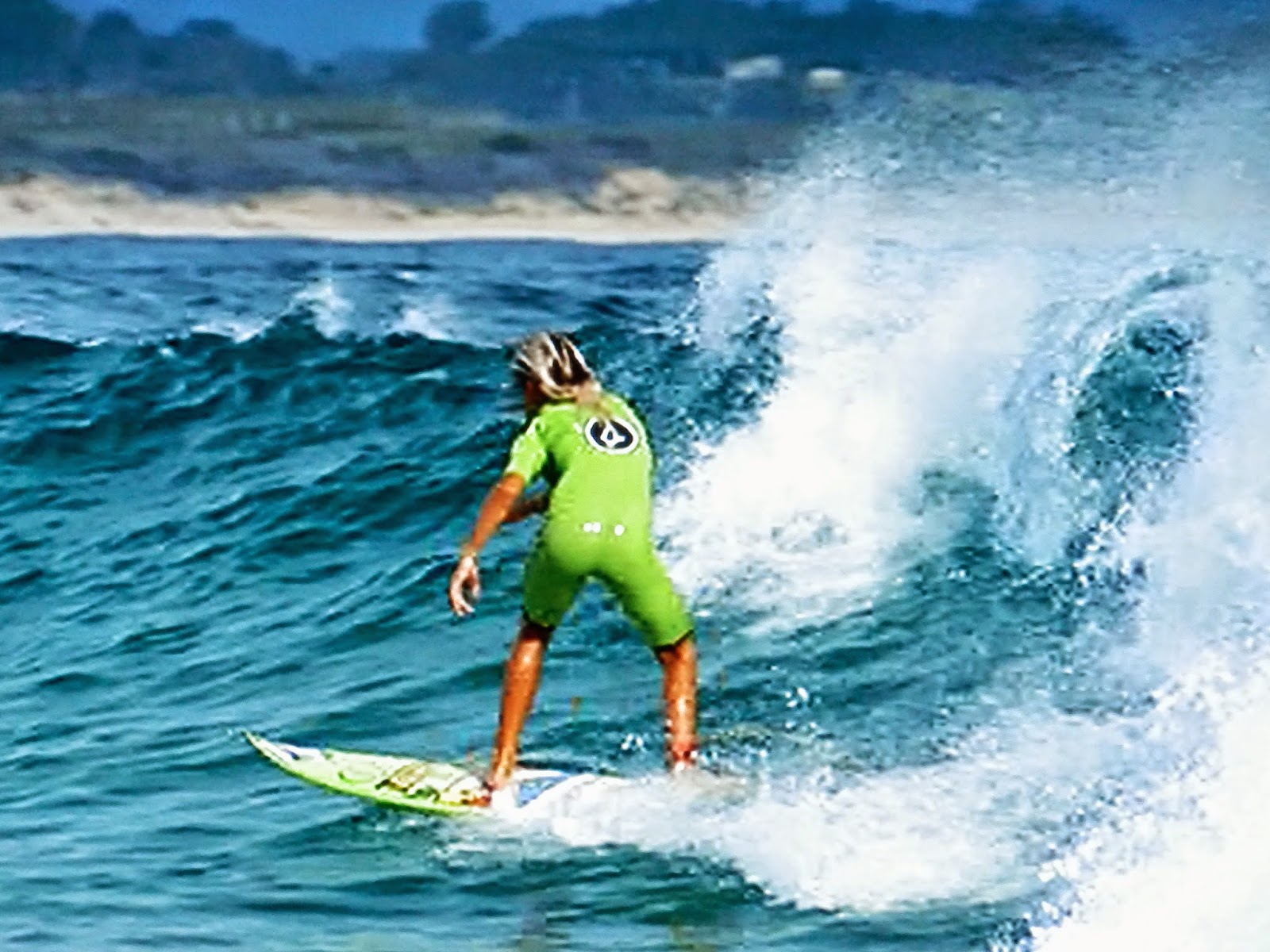 My camera was on the coffee table so I picked it up and snapped a few pics from the television. They are none too special in quality - but may give an idea as to why Aussie Darren is attracted to the area. A man of good taste!

John Bishop also went to Brisbane, where Darren lives. That's a windswept Bishop below, in his cycling gear, with Brisbane in the background. 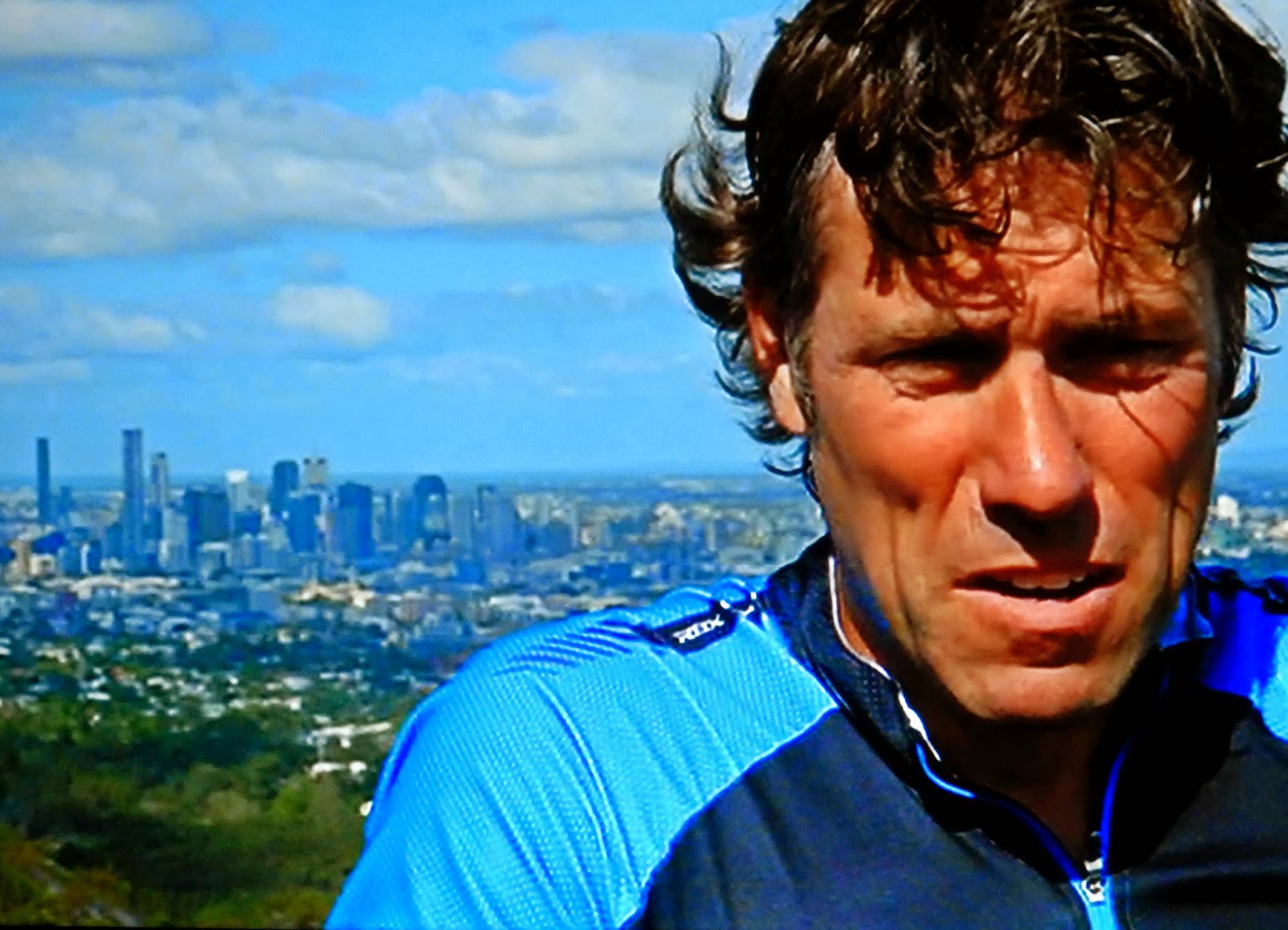 Strange how I got to see this television programme and at the exact right moment, it certainly wasn't planned - at least by me!

I also had another sort of similar thing happen last week connected with the Internet.

I was using the computer and Karin called up to me, "Do you fancy coleslaw with your meal tonight?"

"Yes please," I answered while clicking to go to Thex Dar's Google + page, which I often visit, His top entry was titled Thex Cole Slaw and was a recipe for coleslaw! I left him a comment saying: "Strange - my wife asked me a few minutes ago if I fancied some coleslaw with my meal tonight. I said yes!﻿"

There seems to be a lot of potential for synchronicity through the Internet and the media at large.

Other Recent Posts:
An Unexpected Lift From A Stranger Coincidence
Discovering Old Cornwall - 4 - Truro
How Women Were Encouraged To Give Up Their Sons And Husbands For War