An Unexpected Lift From A Stranger Coincidence 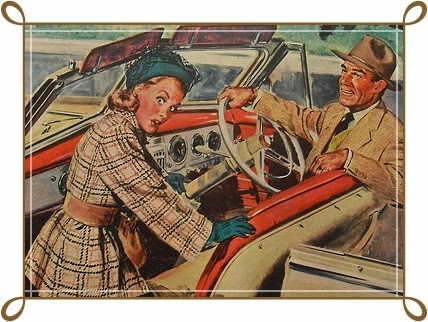 Here's a synchronicity or coincidence story which illustrates how a moment of fate can change our lives. Some things appear as if they are meant to be, we never know what's around that proverbial corner. My thanks to Rosie for this story.


"This is something weird that happened about ten years ago. I was having problems with my car and I had to leave it at the garage for the mechanic to look at. I know nothing about engines.

The difficulty was that I had an important appointment to go to, and in ten minutes time. Walking there would take me about twenty to thirty minutes.

I set off and walked only about a hundred yards when a red Lada car stopped next to me and the passenger door opened. I thought it was a friend who had the same car. I looked inside the car and a surprised man was sitting there.

I said I was sorry but thought it was a friend offering me a lift.

The man explained that his passenger door had simply opened by accident and that was why he stopped. It can't have been shut properly. He seemed very nice and said he would give me a lift if he was headed the same way I wanted to go. It turned out he was.

I arrived in time for my appointment, a bit flustered but otherwise okay.

How weird to get that lift like that. There is another side to this story as well as I am now married to the man in that car. We met again by chance in a local pub and I asked if I could buy him a drink in exchange for the lift he gave me. We talked and clicked and arranged to meet up again, and now he's my husband. I think we were destined to meet."