In Life We Are Programmed Into A WYSIWYG Matrix 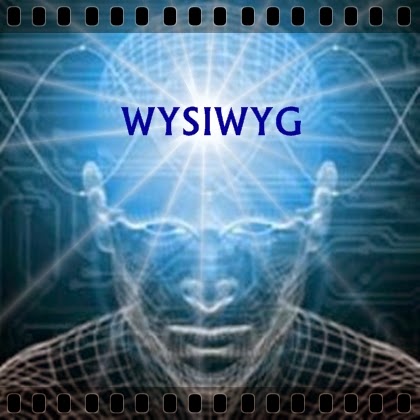 According to a poll, Britons don’t consider themselves officially old until they turn 66. Okay, but why 66 and not perhaps 86 or 96? It's like we are brainwashed into thinking that some 'things' happen at various stages/ages throughout our lives, so we come to accept and believe this to be the case.

I was talking to someone yesterday about travelling and he said, "Of course, I can't do that now as I'm in my mid sixties." We then met a neighbour who was full of aches and moans and she said something like, "You've got to accept this as you get older."

I wonder why we accept any sort of limitations throughout our lives. It's partly because it's something we have been told over and over and so accept as being the norm. Even the Bible talks of three score and ten being our life span.

"The days of our years are threescore years and ten; and if by reason of strength they be fourscore years, yet is their strength labour and sorrow; for it is soon cut off, and we fly away."

"Seventy years are given to us! Some even live to eighty. But even the best years are filled with pain and trouble; soon they disappear, and we fly away."

And what's all this pain and trouble business? Why should we think that life has to be all about such negative aspects.

If, as a lot of us say, we get what we think or believe, then that's life all wrapped up and parcelled. We live for seventy years, eighty if we are really lucky - but the extra ten years doesn't appear that enticing if it's going to be all labour and sorrow.

I can't accept this or the likes of Shakespeare's Seven Ages of Man:


All the world's a stage,
And all the men and women merely players.
They have their exits and their entrances,
And one man in his time plays many parts,
His acts being seven ages. At first the infant,
Mewling and puking in the nurse's arms.
Then, the whining school-boy with his satchel
And shining morning face, creeping like a snail
Unwillingly to school. And then the lover,
Sighing like furnace, with a woeful ballad
Made to his mistress' eyebrow. Then, a soldier,
Full of strange oaths, and bearded like the pard,
Jealous in honour, sudden, and quick in quarrel,
Seeking the bubble reputation
Even in the cannon's mouth. And then, the justice,
In fair round belly, with a good capon lin'd,
With eyes severe, and beard of formal cut,
Full of wise saws, and modern instances,
And so he plays his part. The sixth age shifts
Into the lean and slipper'd pantaloon,
With spectacles on nose and pouch on side,
His youthful hose, well sav'd, a world too wide
For his shrunk shank, and his big manly voice,
Turning again toward childish treble, pipes
And whistles in his sound. Last scene of all,
That ends this strange eventful history,
Is second childishness and mere oblivion,
Sans teeth, sans eyes, sans taste, sans everything.

That's not very cheerful, is it? Then we have ancient sayings like the Riddle of the Sphinx hidden deep in ourselves:

"Which creature has one voice and yet becomes four-footed and two-footed and three-footed?"

Oedipus solved the riddle by answering: "Man - who crawls on all fours as a baby, then walks on two feet as an adult, and then uses a walking stick in old age."

Well done to Oedipus, but why do we accept / think that man will need a walking stick in old age? It's because this is what we've come to accept.

I feel we have to create a complete new matrix for ourselves of how we want and expect things to be throughout our lives - or even eternity. Forget the popular status quo and start developing our own personal beliefs of health, happiness and immortality. Oh, and we'd better throw in some wealth as well, while that remains the method of exchange.

What we genuinely believe sets the scene for our every day lives. Or maybe you think that's a load of codswallop - after all there are wars, tribulations, sickness and the like all around us. But who's fault is that? Gods? The State? Or could it be our own? WYSIWYG.

Other Rambles As Posts:
A How Did It All Begin Ramble
Are We Really Nothing At All On A Ride To Nowhere?
A Ramble About 51412 Leading Nowhere