The Groping Ghost Gropes A Granny 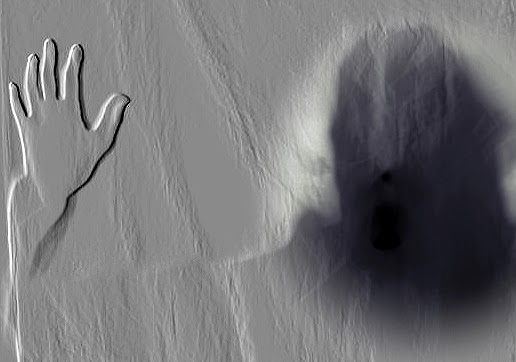 I read on the Canterbury Times of how 73 year old Doris Birch couldn't sleep at night because of a groping ghost.


"It's like an octopus. It started four months ago. I was lying in bed when I felt this creepy pair of hands. I kicked frantically and it went away. Next time it came I hurled the duvet on to the floor! But the ghost keeps coming back. I've tried sleeping without the duvet. But it started shaking my mattress. I even threw the mattress off the bed and bought a new one but it has made no difference.

I told my 16-year-old granddaughter and she was gob-smacked. She said I must be joking.

People are going to think I am mad but it is as real as the day to me. I'm not lonely. I love living alone. But this is very creepy and is giving me the jitters. It's harassing me. I need to call in the Ghostbusters.

I told the vicar and he said it is a lost spirit. What I want to know is, why has it got lost in my flat?"

The Methodist Minister Hugh-Nigel Sheehan told the Canterbury Times: "I was approached by Mrs Birch but I fear I am not in a position to help. Fools rush in where angels fear to tread. I have no expertise in this at all. I am neither a trained counsellor nor from a church with a tradition of exorcism such as the Catholic Church. It is very difficult to know how to respond."

Fortunately the newspaper offered up some help in the form of ghost-hunters Ray and Beryl Herne.

It seems that Ray is able to draw the gross ghost into him and Beryl will then envelope it in a vortex of light and send it to the other side.

As Beryl explained: "Sometimes spirits need to be here. There is usually a reason. Sometimes it's family. Sometimes we have to alleviate some stress."

Ah yes, stress, there certainly seems to be an excess of it in the world today.

More Similar Ghosts:
Kate Says She Has Sex Regularly With A Ghost
Kate's Sex With A Ghost Turns To Sleep Paralysis And Thoughts Of Aliens
The Night Demon Sitting On Your Chest