Look Out The Yeti Has Returned 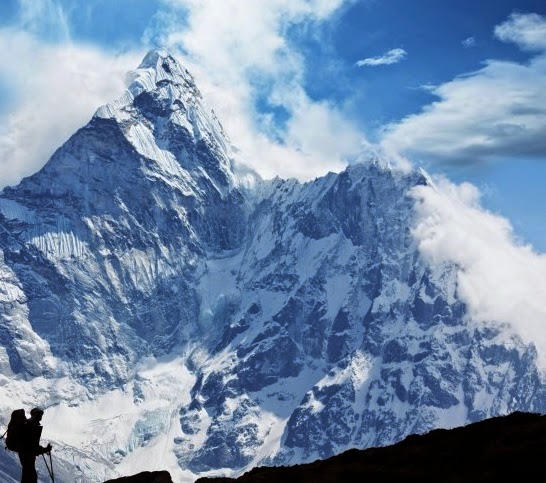 The abominable snowman seems to have taken a back seat in news coverage over recent years, but look out - there actually could be a yeti about! Well that's what Oxford University researcher, Bryan Sykes, reckons. He has said that they are "almost certainly" roaming the Himalayas. So an expedition is planned.

The DNA of 30 hair samples were examined. These were purported, over the years, to have come from yetis.

28 proved to be nothing more than horse or other animal hair. But two stood out as something very different as the DNA matched that recovered from a 40,000-year-old polar bear fossil.

The two interesting hairs were from different sources:

Describing his vision of the yeti Professor Sykes said "They are either really a polar bear of a different sort to the usual polar bears or they are a hybrid with brown bears."

He added, "The polar bear is the only type of bear to deliberately hunt humans. If the yeti is a polar bear relative, this could explain why it has such a terrifying reputation."

The theory therefore is that the yeti is actually a bear.

The Professor is quoted as saying, "I don't think it means there are ancient polar bears wandering around the Himalayas, but we can speculate on what the possible explanation might be. It could mean there is a sub-species of brown bear in the High Himalayas, descended from the bear that was the ancestor of the polar bear. Or it could mean there has been more recent hybridization between the brown bear and the descendant of the ancient polar bear."

Previous expeditions have only managed to come up with footprints, as per Eric Shipton's photo from 1951. In 1978 Lord Hunt also took pictures of footprints. He described what he had seen to the Royal Geographical Society in London:

"We were in a side valley below Everest. It was late in the evening and getting dark when my wife and myself came across the traces. They were very fresh indeed, and I will even say that they were certainly made that day.

There was deep snow on a rather steep little slope and the creature was a heavy one, because he had broken through hard crust on which we could walk without making an impression through the snow at all. The prints were oval, elongated. They were 14 inches long and just about half as wide."

There have been many sightings. In 1975 Janusz Tomaszczuk from Poland had been hiking in the Everest area when he sprained his knee. He saw a figure approaching and shouted for help. The figure came nearer and then Tomaszczuk realised it was an apelike creature well over six feet tall with arms down to its knees. He screams drove it off.

It's interesting that Professor Sykes aligns the yeti with bears, when sightings have always described them as apelike. But time will tell!

Other Recent Posts:
The Sex Olympics Looks To The Future
Readers Stories About White Doves And White Feathers
A Genuine UFO Sighting: What Do You Think?

Email ThisBlogThis!Share to TwitterShare to FacebookShare to Pinterest
Labels: Yeti