How Free Thinking Are We About Religion, God And Lap-Dancers 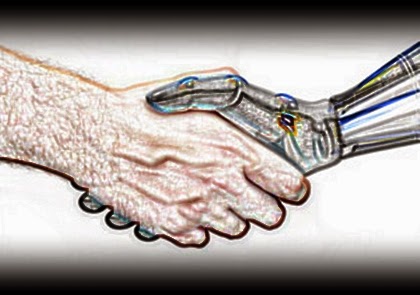 It seems to be a popular theory that theism and religion can be found in every culture. I'm not sure if this is strictly true as I have read, for example, that the Pirahã people of the Amazon have no concept of a supreme spirit or god. But in saying that, some do wear necklaces which are said to ward off spirits.

The anthropologist Daniel Everett wrote of his visit to the Pirahã, "The Pirahas have shown me that there is dignity and deep satisfaction in facing life and death without the comforts of heaven or the fear of hell, and of sailing towards the great abyss with a smile."

What got me thinking about this were some 'tests' mentioned in Ben Ambridge's book Psy-Q: Test Your Psychological Intelligence. One of his tests was for atheists.

He writes, "Are you an atheist? If so, then presumably you will have no problem reading aloud the following statements:"

He then asked, "Can you do it? It's pretty uncomfortable isn't it?"

But why should it be uncomfortable if you do not believe in a God?

Ambridge then tells of a 'study conducted at the University of Helsinki' which wired participants up to a machine that measures sweat, and discovered that atheists find saying these statements just as stressful as religious people do.

But if atheists were asked to substitute the word 'mother' instead of 'God' into the statements they do not undergo nearly so much stress. Ambridge, therefore asks, perhaps a little tongue in cheek, "Does this mean they are closet believers?"

He goes on to conclude that the likes of Dawkins and co are not fibbing when they say they are atheists, but rather that 21st century rationality cannot in a few decades overcome instincts that have evolved in mankind over many, many thousands of years.

In other words, some 'things' are inbuilt within us.

Okay, in his book Ambridge may sometimes be on shaky ground with his comments. Going off on a complete tangent though here's another example which may illustrate how we aren't that superior to other animals, as we share similar biology or instincts. Take lap dancers, for instance!

A study of lap-dancing clubs in Albuquerque, New Mexico, revealed that lap-dancers earn an average of $335 in tips from male punters in the most fertile phase of their menstrual cycle, compared with just $185 during their menstrual phase. It's that inbuilt instinct again.

Religion and God to lap-dancers is a fair old leap but it makes you wonder how much we are in control of our overall beliefs, thoughts and actions. Atheists, though, would probably argue that they have made some headway towards free thinking ...

Other Recent Posts:
Both Dating The Same Girl Coincidence
God Doesn't Take Sides
A Cornish Journey Back To 1644 At Restormel Castle