Both Dating The Same Girl Coincidence 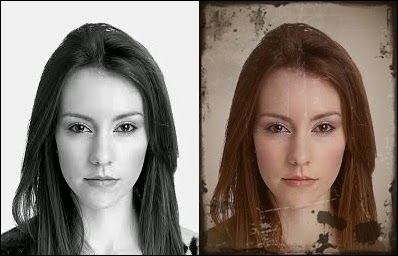 This is a coincidence story as told by Shawn on a Daily Mail discussion. All I have altered are a few spelling mistakes, and a little of the grammar, otherwise it is as per the original story.


Here is a true coincidence story that left me and my mates gob-smacked and unable to think or talk.

We all live in Malta and, as most people know, it's swarmed with tourists during the summer. I have this friend Charlie, quite a friendly and conservative guy, and one night we, and another eight lads, were at a bar sitting outside having our usual drinks. Charlie looks up at a hotel balcony and sees this nice looking girl and her mum (tourists from Scotland).

Even though there were hundreds of people walking about, somehow he made eye contact and made a signal for them to come and join us.

They came down and he immediately hit it off with the girl and they went on to became a couple. For two years they dated, him going to Scotland and she coming to Malta occasionally.

One night I was with the usual group of friends, along with Charlie, at this open aired nightclub surrounded by several hundred people. An Italian tourist came up to me and asked me for a lighter. For some reason I couldn't find mine and Charlie immediately offered his.

Charlie and this Italian guy started talking about life, as you do, like where are you from and so on. Somehow they came to the girlfriend part.

Charlie, when asked said, "Oh my girlfriend is from Scotland." The Italian replied, "Mine too."

Charlie continued, "Oh that's nice, mine is from Aberdeen." The Italian goes, "Mine too."

By now we had heard the excitement between them and we all went silent. I can see Charlie already red faced and the Italian guy's glasses steaming up.

So Charlie says, "Her name is Sally."  The Italian says, Mine too!!"

Charlie takes out a passport photo of her from his wallet. The Italian guy turned white, as if he had seen a ghost, and pulled out his wallet, and what do we see? The same passport photo!!

We couldn't speak for at least ten long minutes in disbelief. What are the chances, out of the millions of people coming to visit Malta?

I'm sure there's a lesson within that story somewhere!