The 500 Year Old Cornish Stone Bridge: What Tales It Could tell 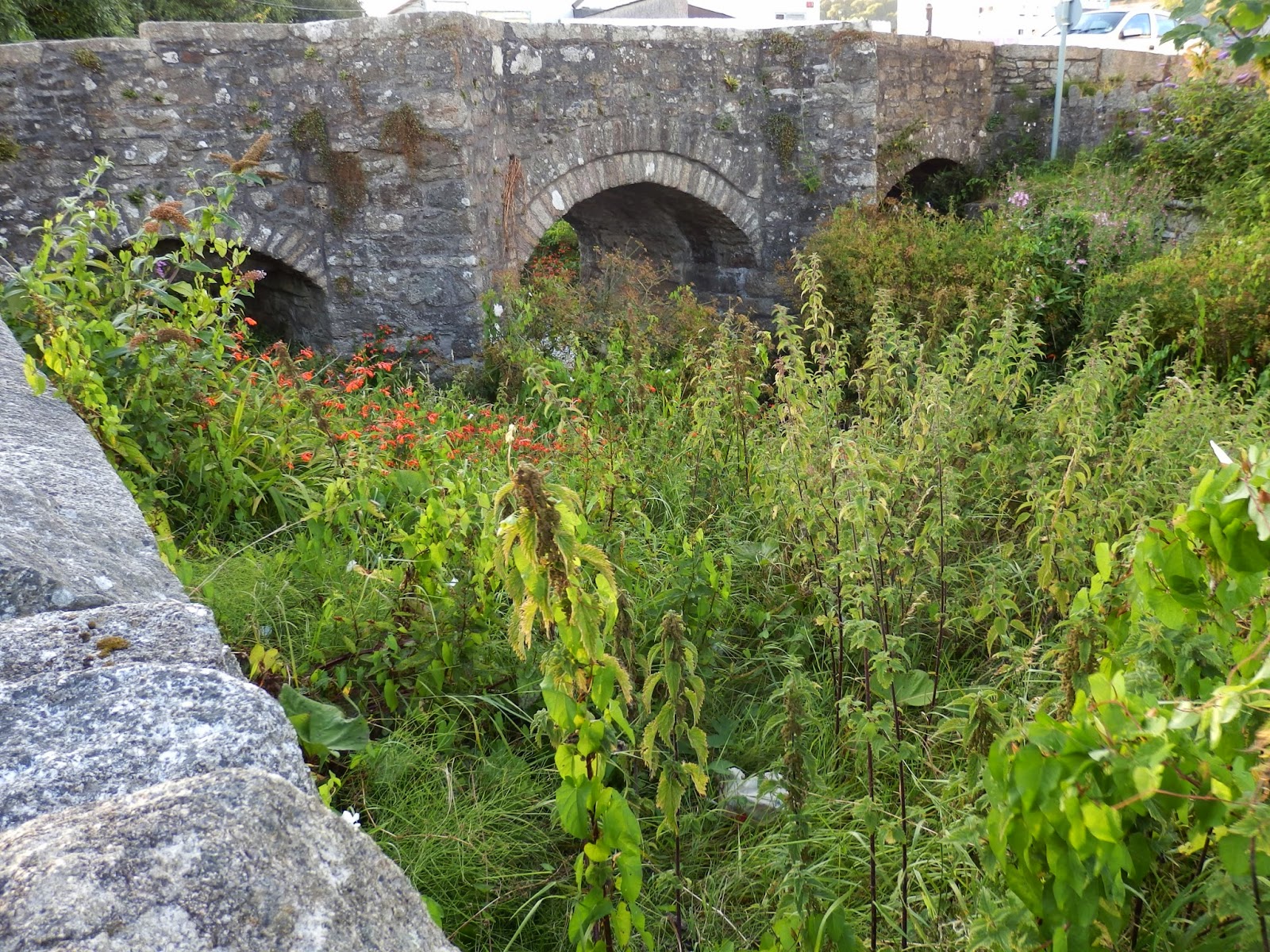 There's an old stone bridge that I sometimes walk over just outside of the town of St.Austell, Cornwall. It no longer carries traffic, other than perhaps a few cyclists. The river banks are now overgrown and, after the very hot weather we have been having in Cornwall, the water is low - but it is there, beneath the middle arch. 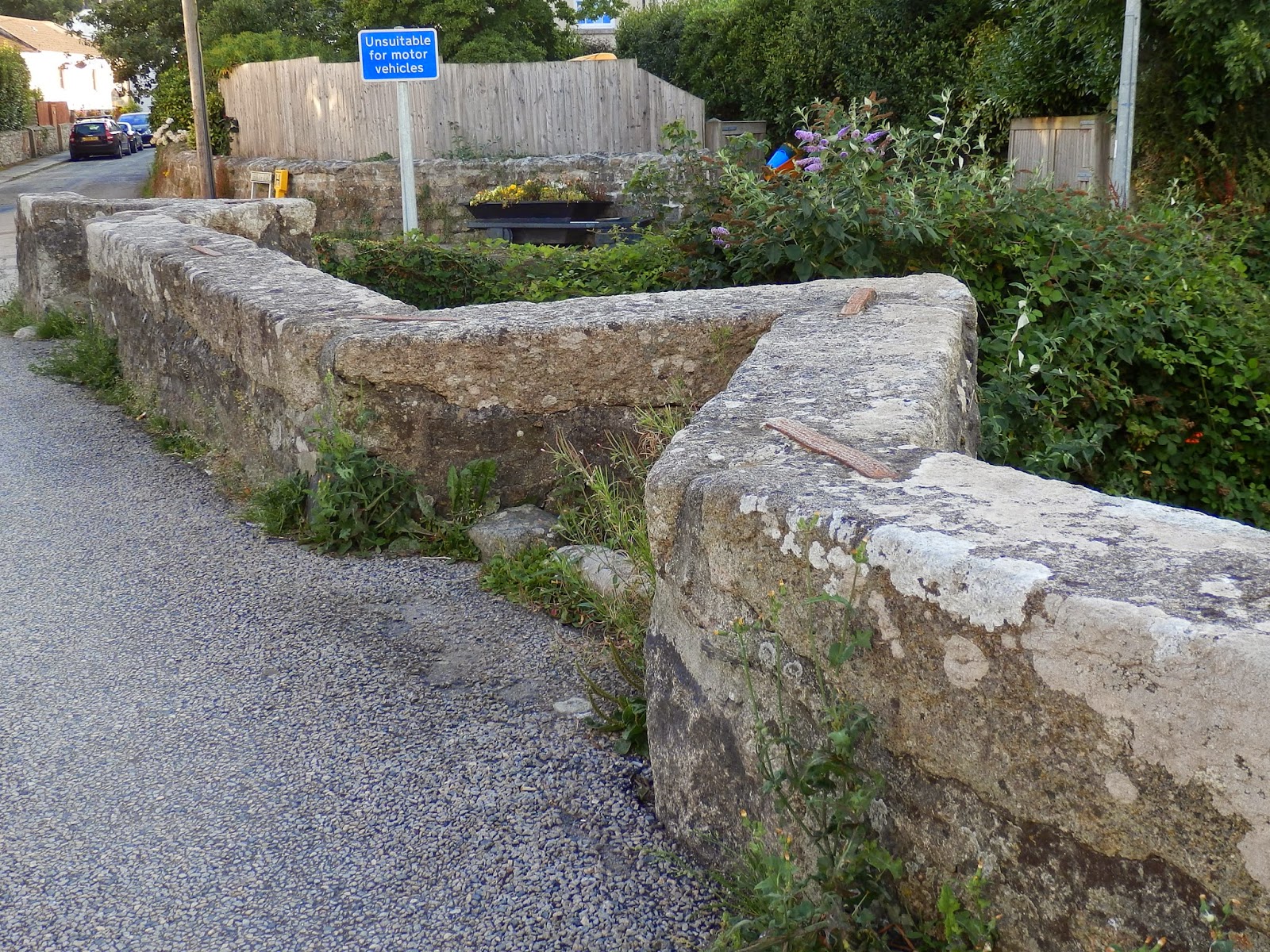 I always look into the water as I walk over the bridge because the same River Vinnick continues along the opposite side of the road to where I live.

As the roadway is now, unfortunately, covered with tarmac it's easy to forget that bridges like this are an important part of history. This West Bridge, as it's called, is at least 500 years old, likely much more. We know this because it was mentioned by someone called John Leyland in 1538. He was King Henry VIII's Chaplain and was sent out around the country to gather material for a history of England.

Leland didn't seem to think much of St.Austell as he wrote (in old English), "the poore toun of St.Austelles is nothing notable but the paroch chirch. And there is a bridge of stone of the same name."

The bridge and the church remain today,

Back then the bridge would have carried all of the traffic to and from the west of the town. Today only a few people like myself cross the bridge. How times have changed, but I wonder who else has walked over the river here during the last five hundred years and what tales they could tell.

Below is a copy of a now scratched etching of West Bridge from 1803. The river looked faster flowing back then. 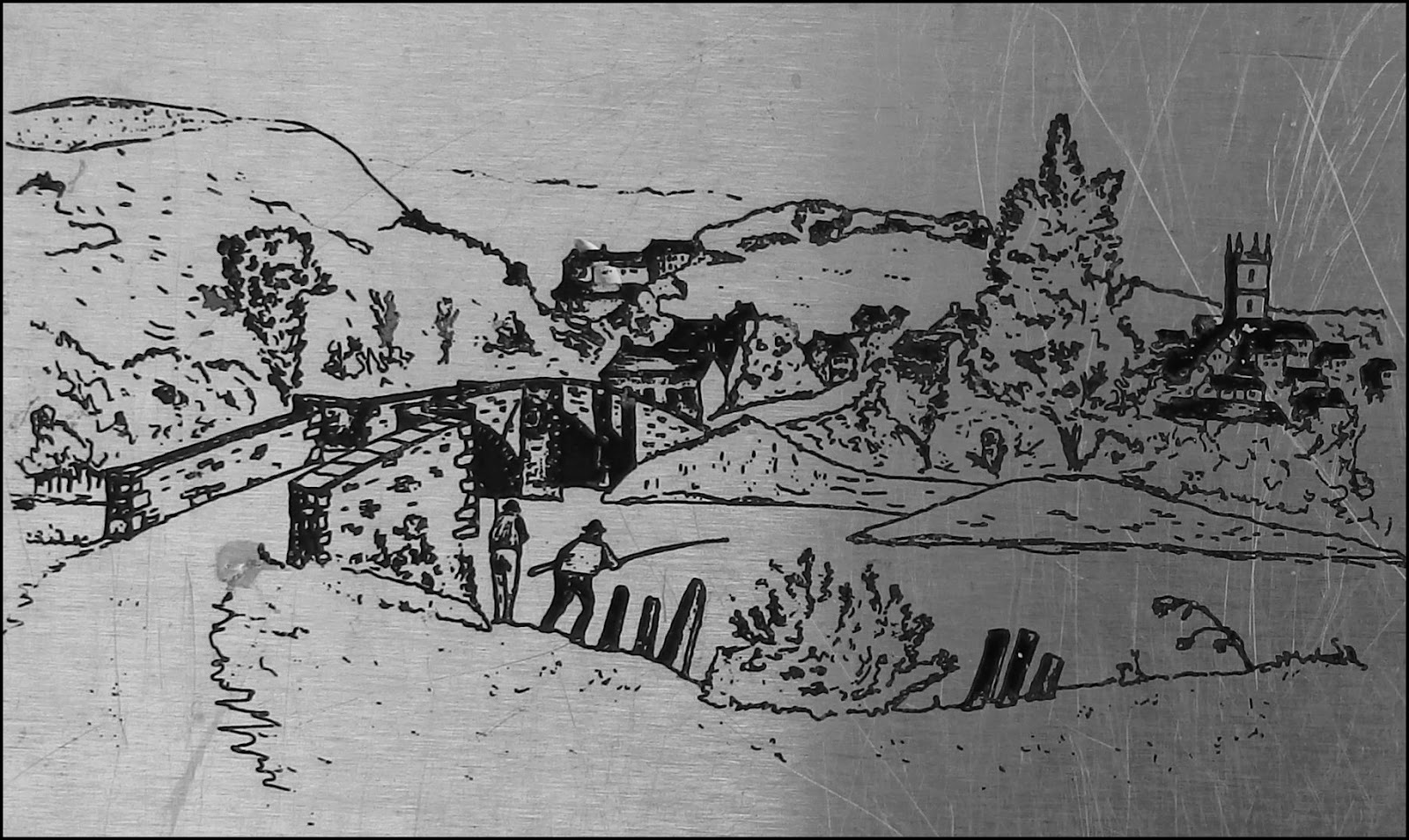 The tower of the church can be seen to the right of the etching and below is how the tower looks today - virtually unchanged, 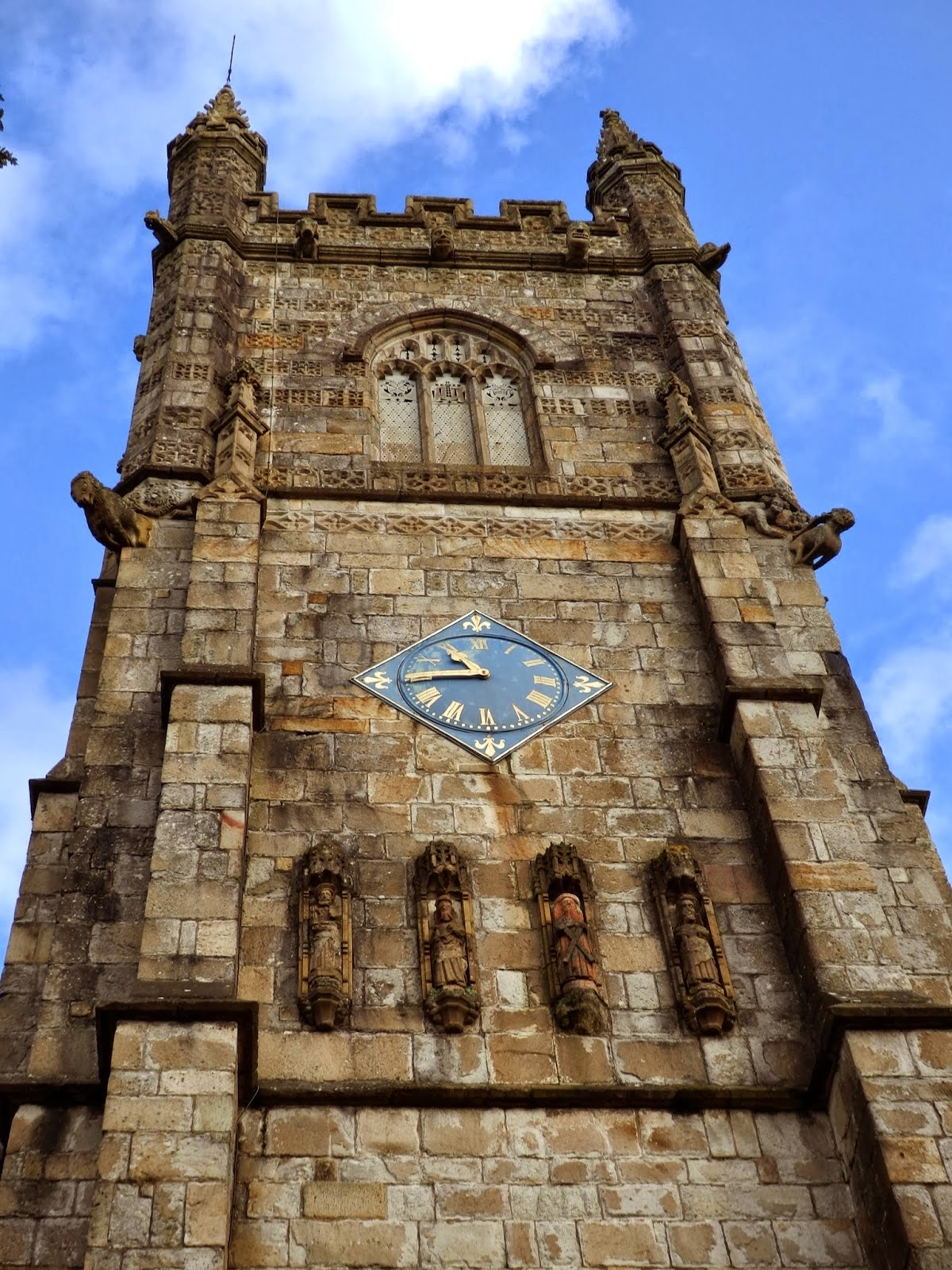 As I walked along the riverside I noticed a peacock butterfly on the dry grass. 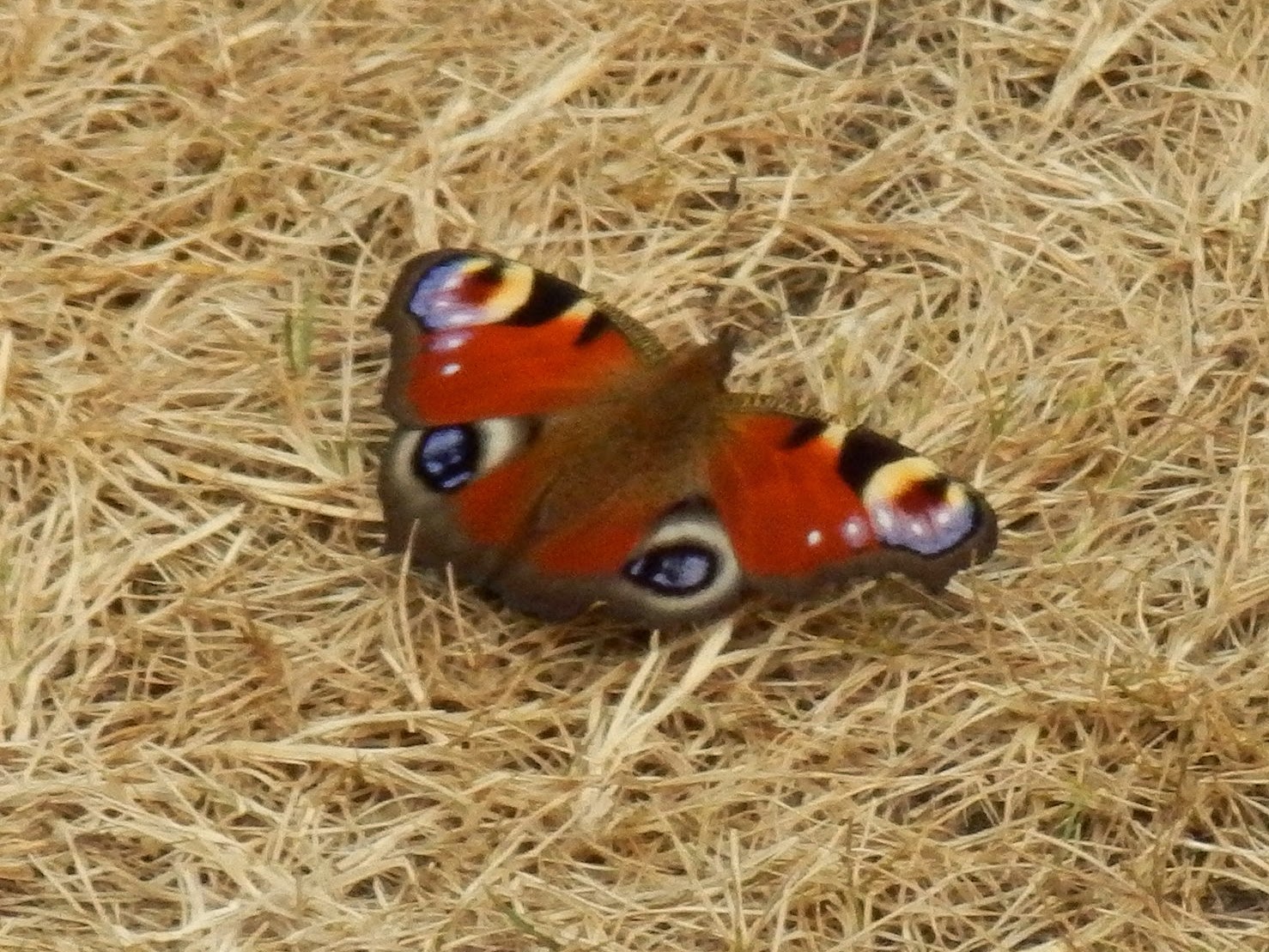 I'm sure there is a magical meaning in the symbolism of crossing a bridge and seeing a butterfly - but I'll think about that later.

Other St.Austell Posts:
The Little Dog Looking Down From The Top Of St Austell Church Tower
St Austell Cornwall Feast Week
Where To See Daphne Du Maurier In Cornwall

For more photos and posts on Cornwall go to: Mike's Cornwall