A Chance Journey To San Juan In Tenerife 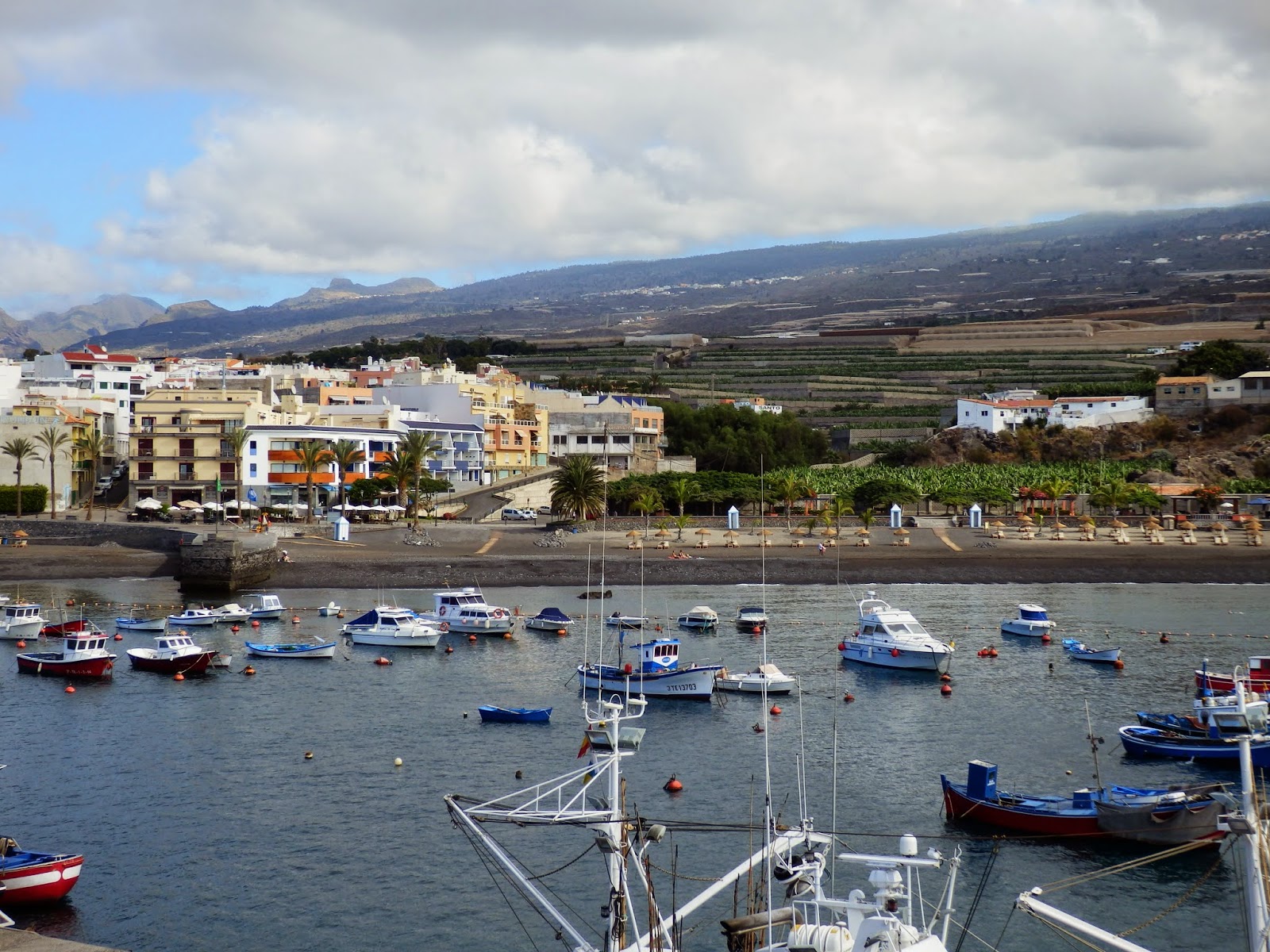 This will be the last post about my Tenerife trip (probably!). One day, and one day only, we awoke to dark skies and it looked as if it could rain to my uninitiated eye. We weren't too sure what to do so we did what we often do when in doubt - jumped on a bus.

We picked out a name amongst the stops on the time-table - San Juan - and decided that's where we would go. We had no idea what we would find, it just sounded a nice name!

San Juan turned out to be a traditional Canarian fishing community with a working harbour (above). We walked around the harbour wall and saw these fishermen putting the world right, deep in conversation.


We passed by an older man mending his red fishing nets but ... 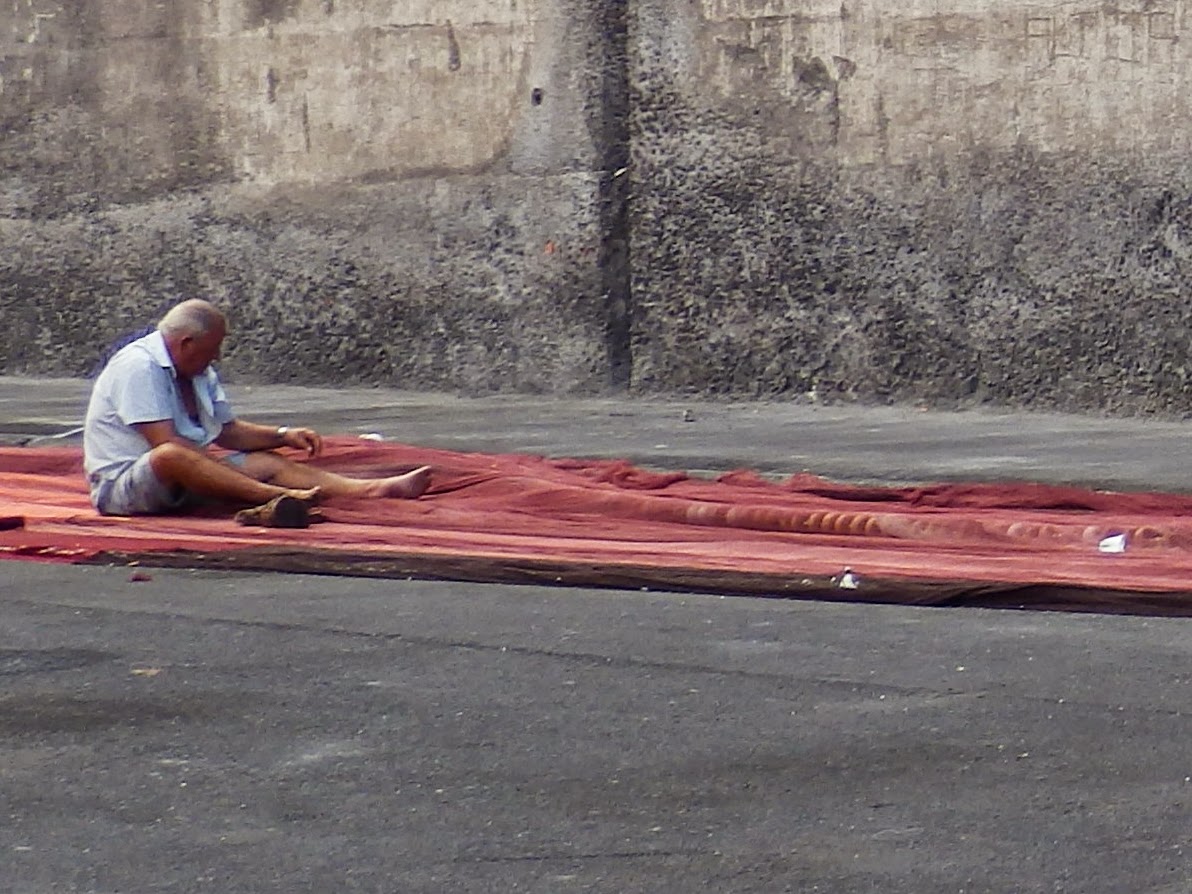 ... he had a long way to go before he was finished. He seemed happy in his work and gave us a big smile. 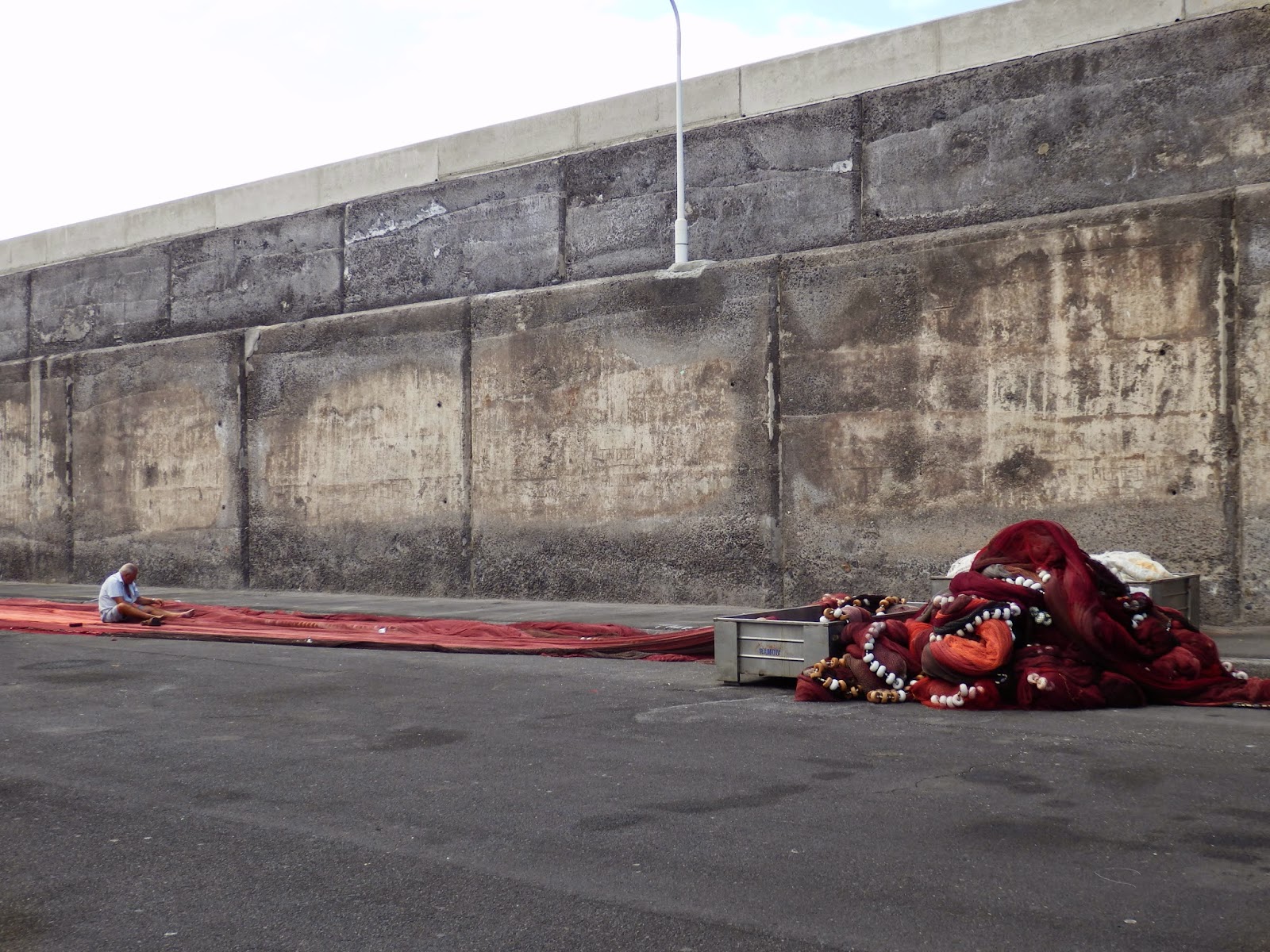 After walking around the harbour we noticed what appeared to be a beach on the opposite side so ... 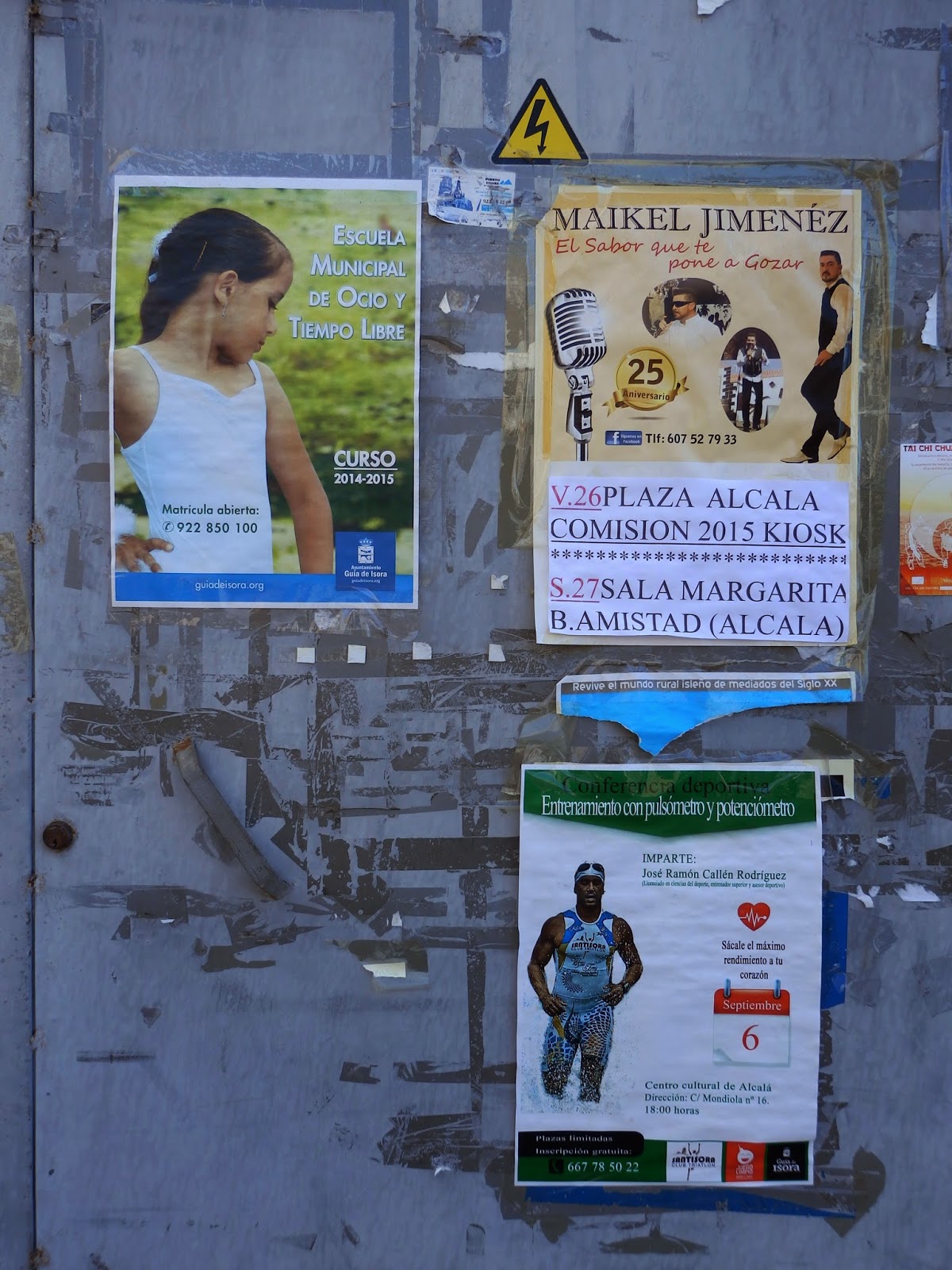 ... we headed that way passing by a collection of posters. The beach was virtually deserted, the clouds had kept the sun worshippers away. 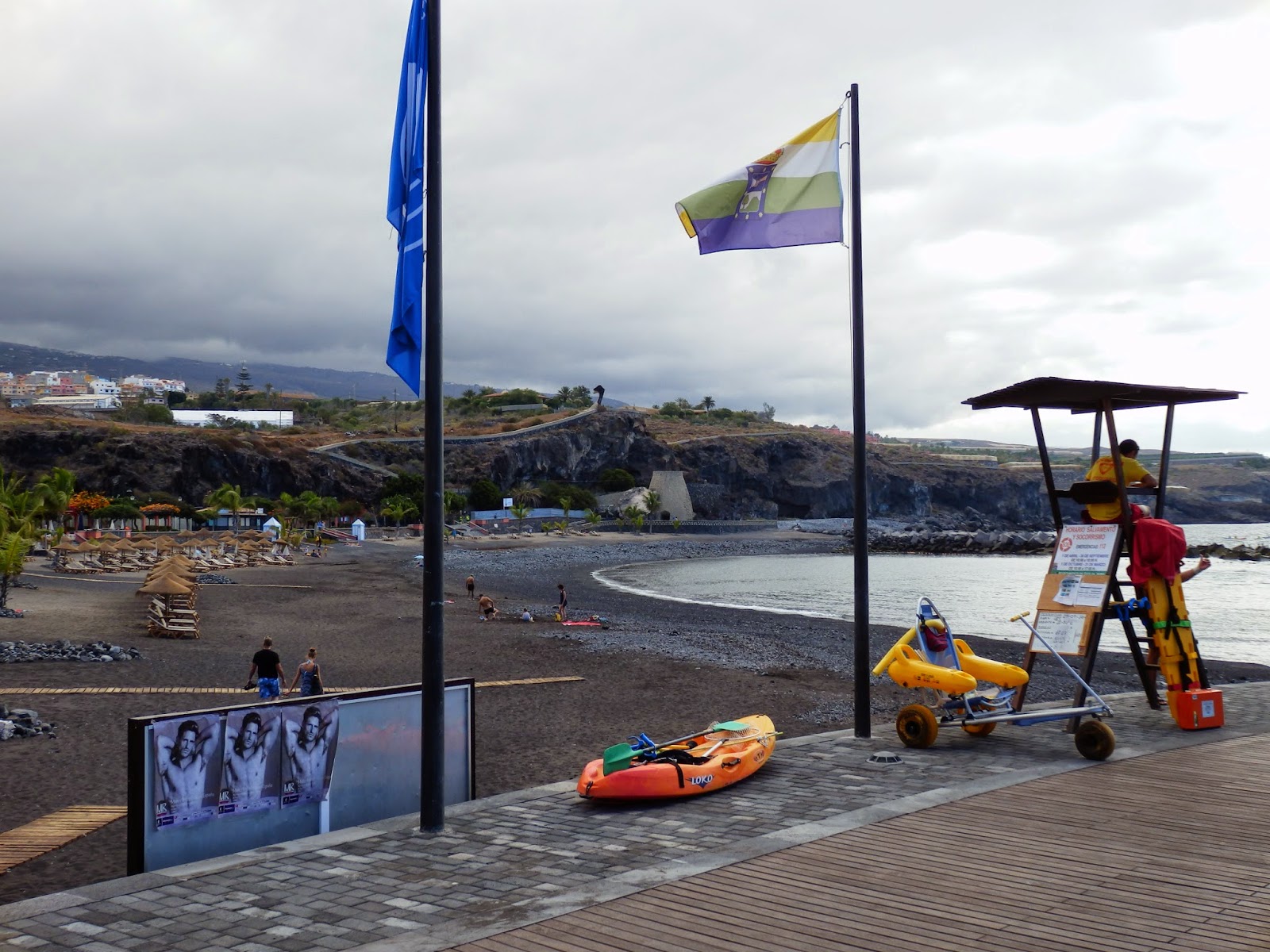 As we walked further there was a beach sign 'Playa San Juan'. This must have been man made as the sand was the wrong colour. The beaches along this stretch of coast normally have black volcanic sand.

In the distance we could see some sort of sculpture high on the cliffs so decided we would, hopefully, take a look. 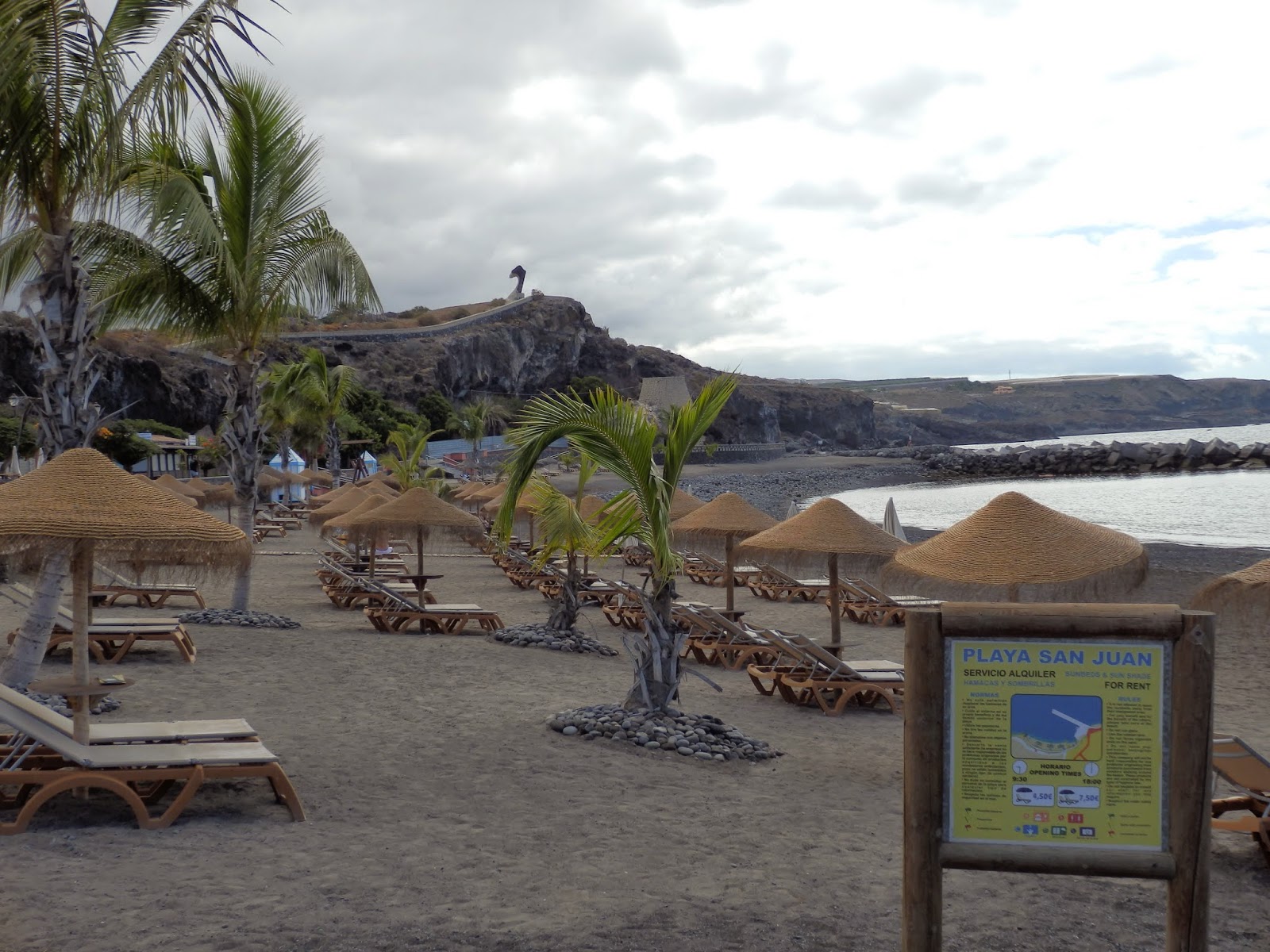 We passed by an old lime kiln and made out way up a stony cliff path to the top. 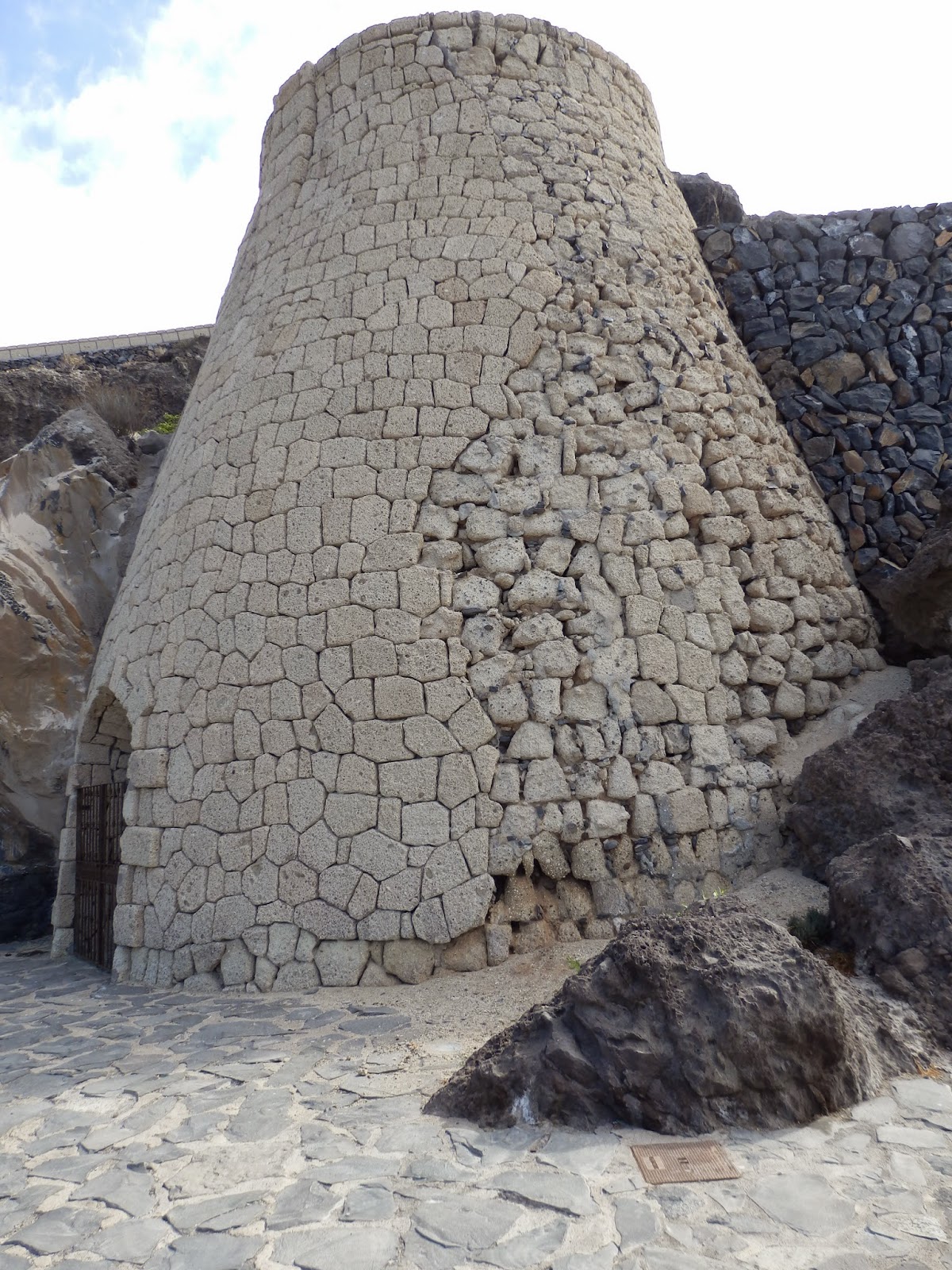 Here we found the cliff top sculpture, which was a little disappointing - but magically the sky had cleared and everything was suddenly looking much brighter, 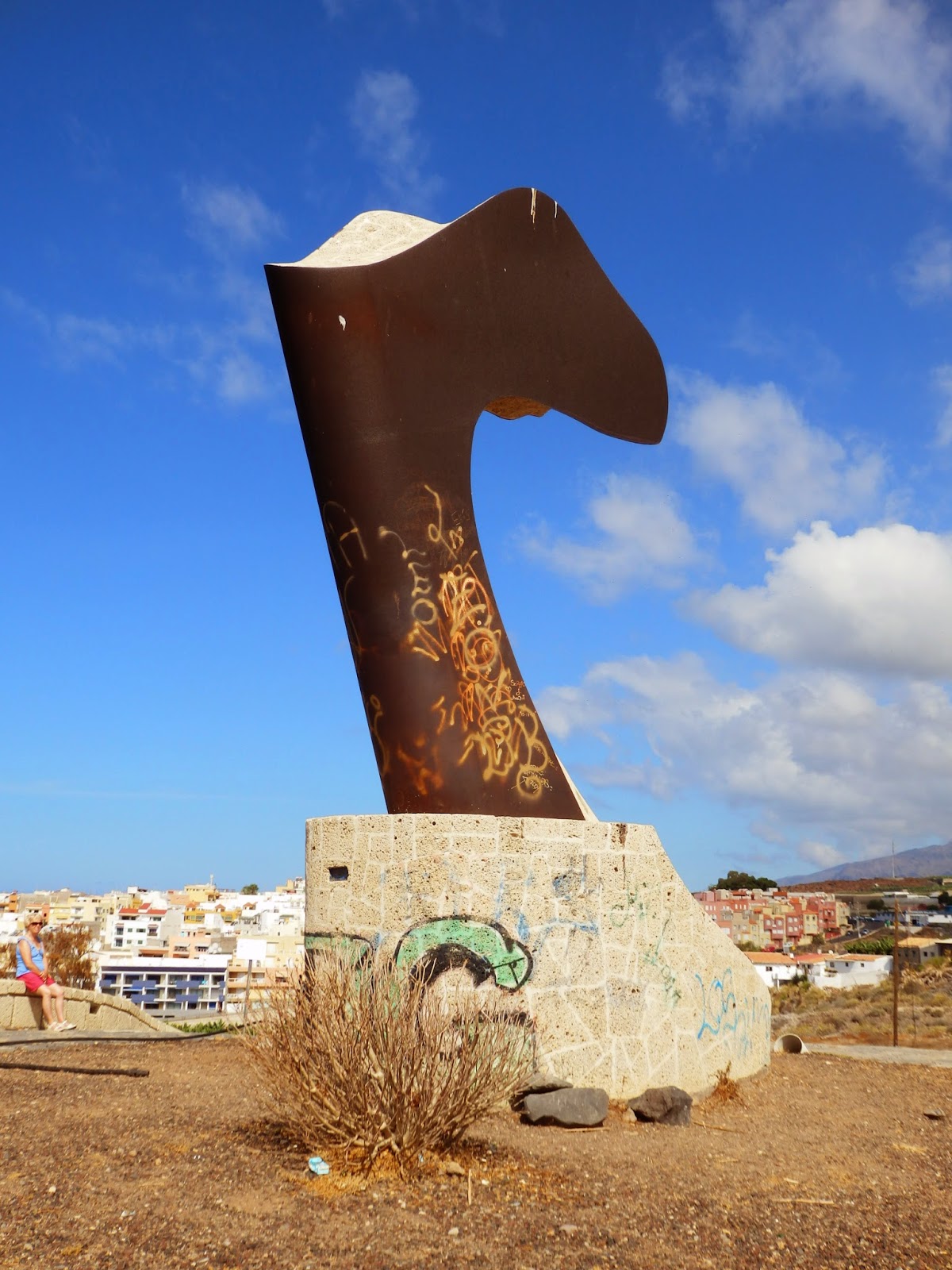 From the cliff tops we could see where we had walked along the harbour wall. 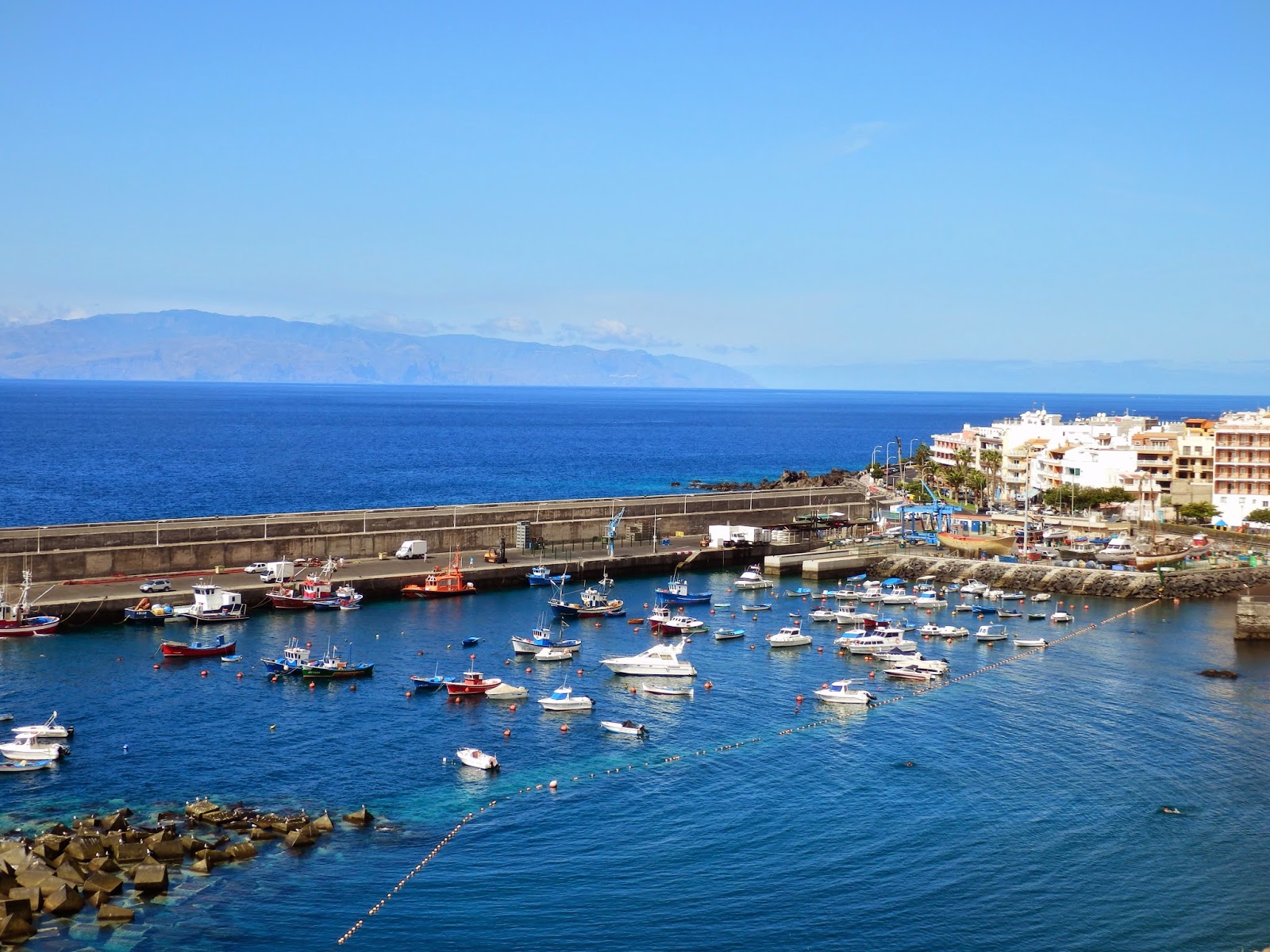 Going back down the cliff path, the now pebbled shoreline looked inviting. 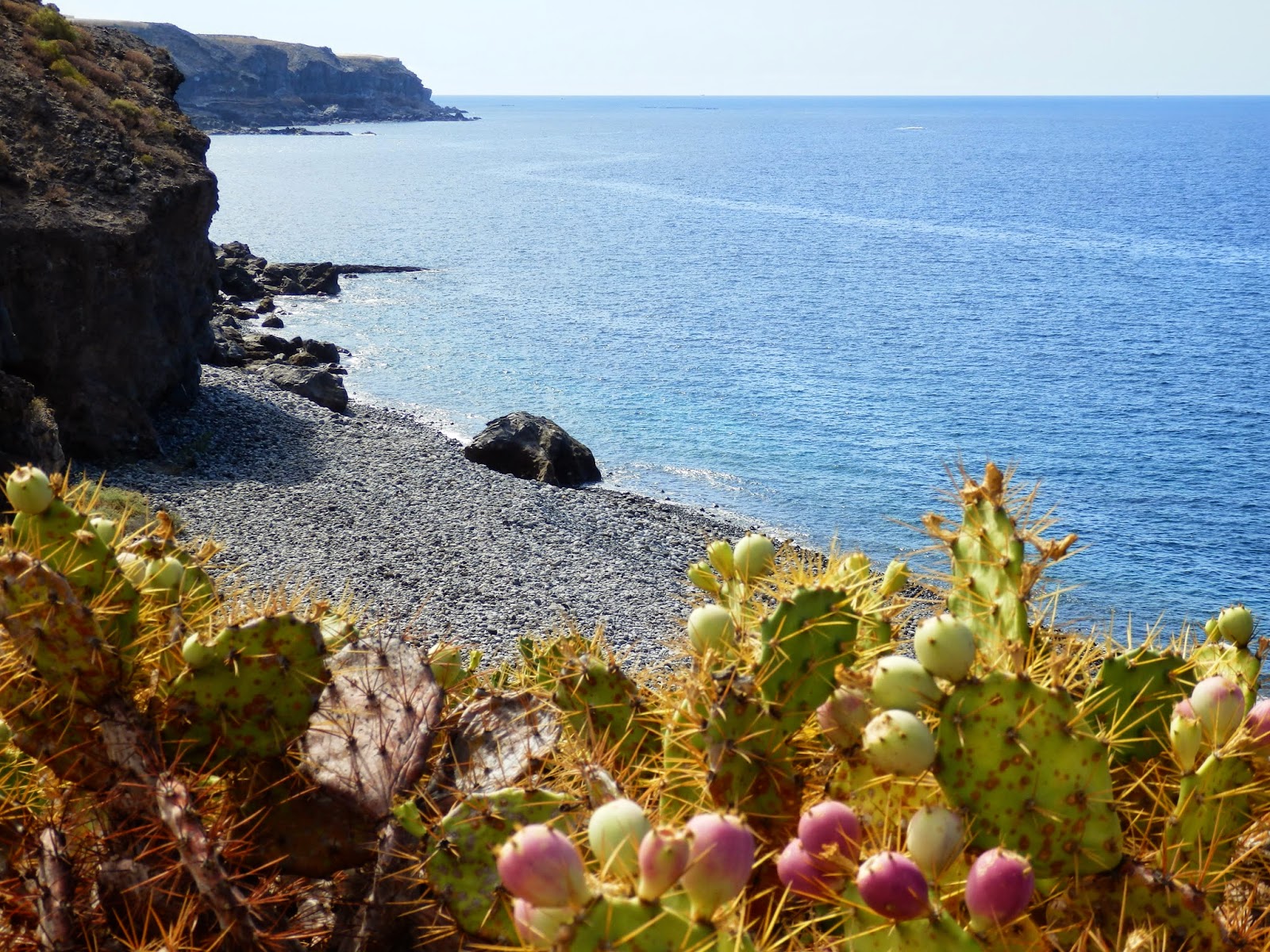 We met a Scottish couple on the way and they reckoned the harbour and pebbled beach looked very similar to where they lived in north Scotland. They told us that this was why they often visited this area, I wasn't too sure in the logic of this, but each to his or her own. 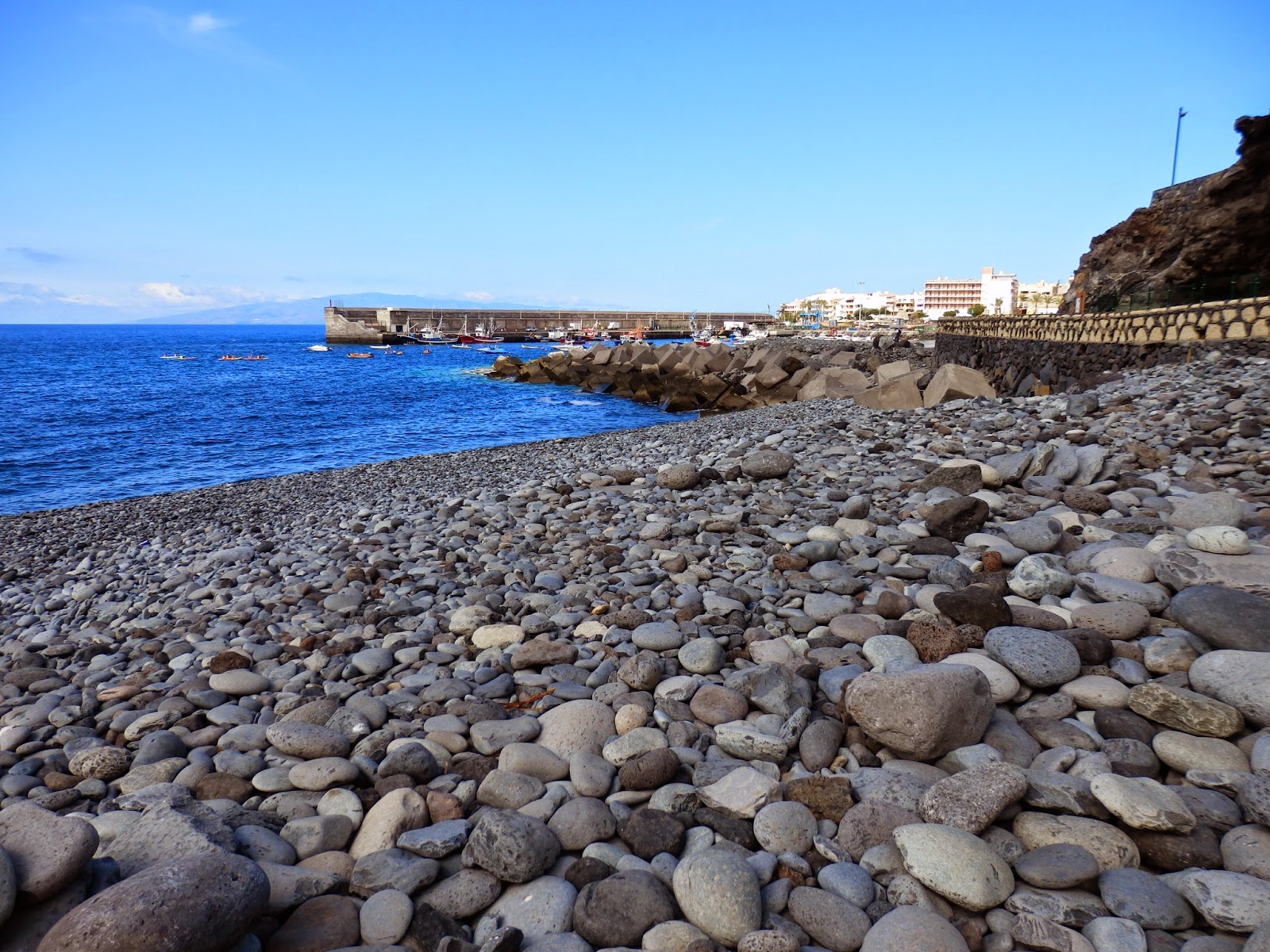 As the sun was out, so was the lifeguard. 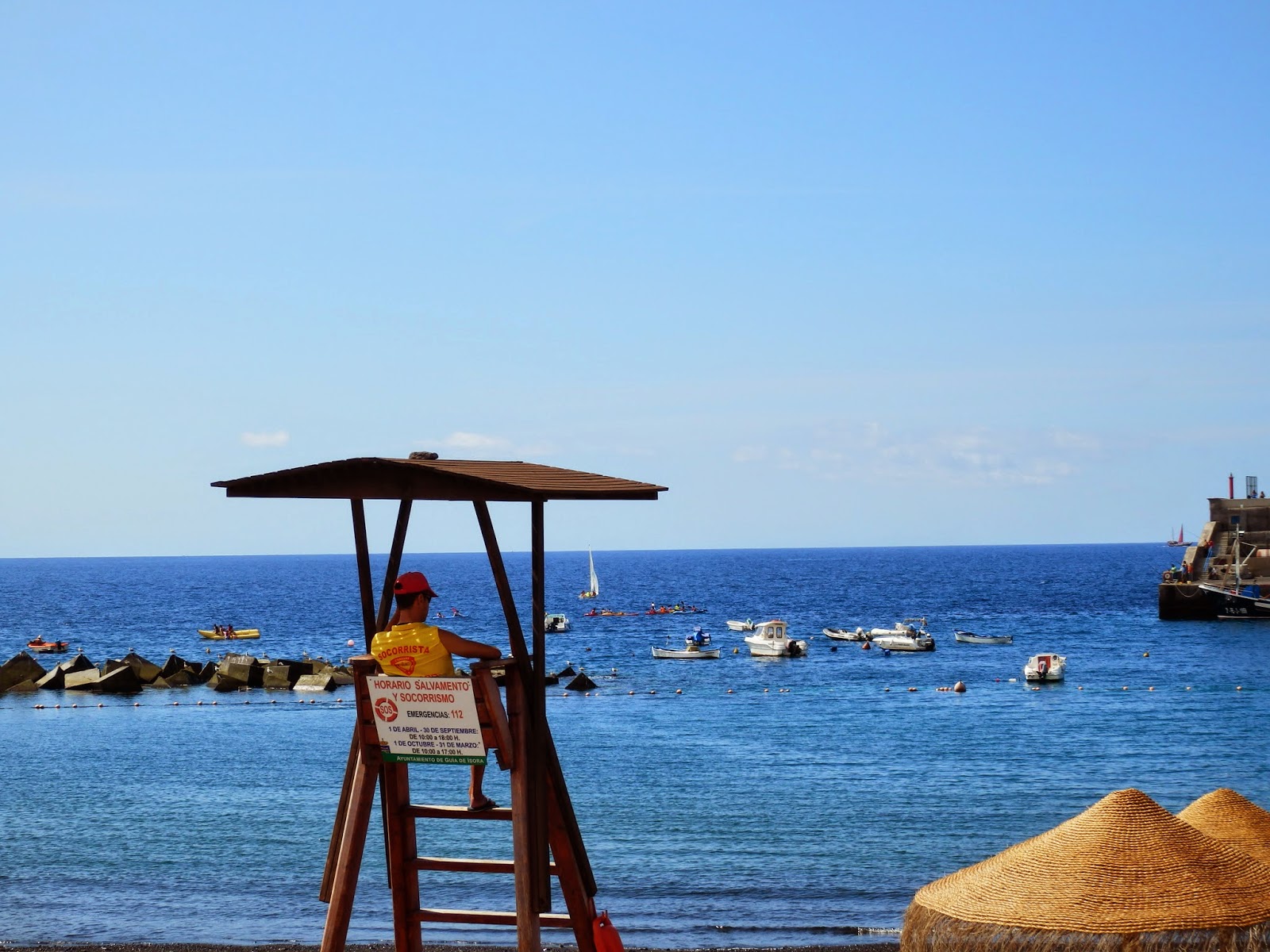 And when we were nearing the harbour again a fishing boat crew appeared to be hauling in their catch. 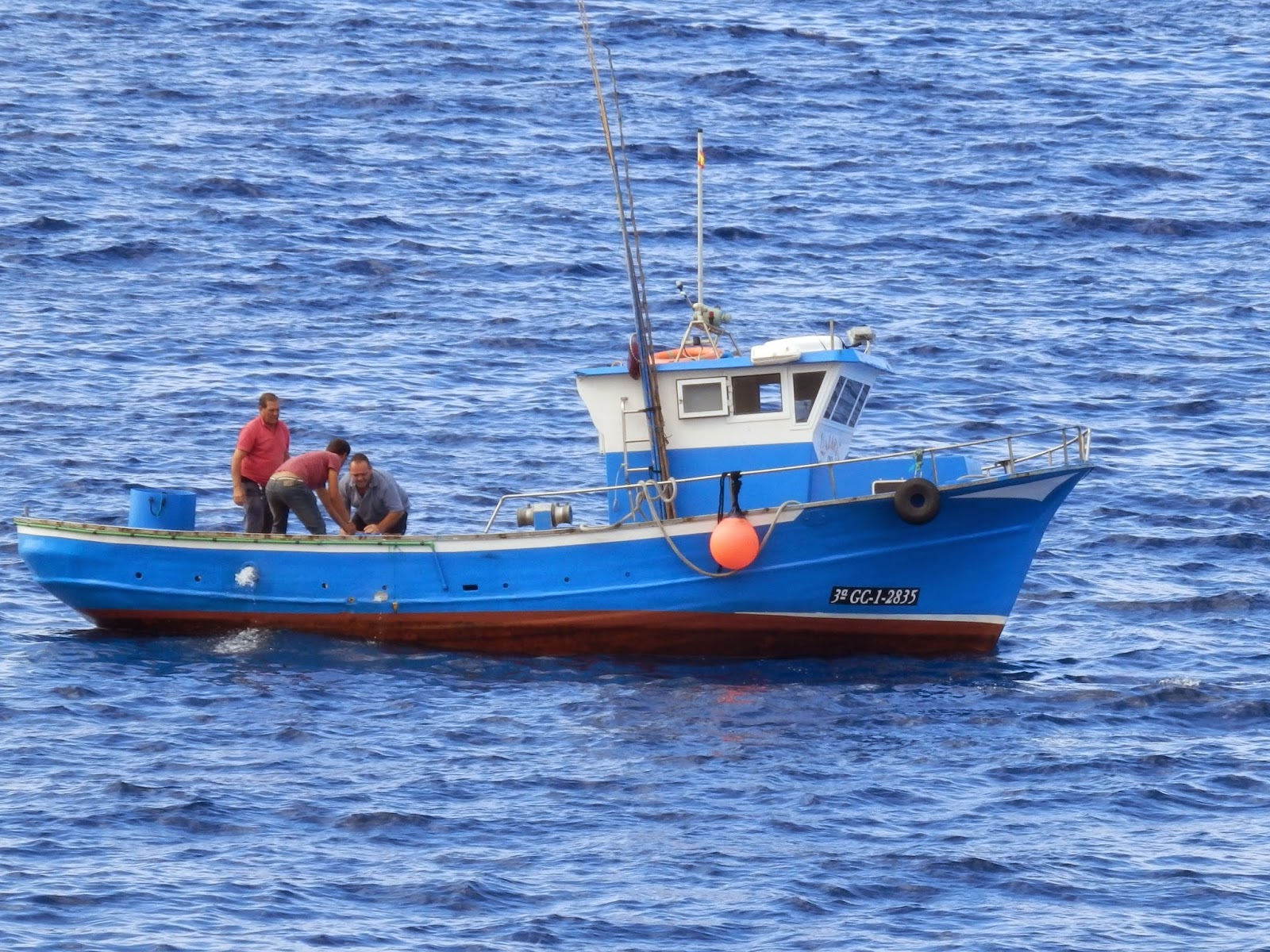 San Juan (St John in English) - it's not as glamorous or exciting as some of the places we visited but it had a quaint character and we enjoyed our 'chance' visit, thanks to the early clouds.

Other Tenerife Posts:
The Giants Of Tenerife Left Over From Atlantis
A Walk Along The Coast In Tenerife
Telepathy And Precognition Stimulated In Tenerife