A Walk Along The Coast In Tenerife 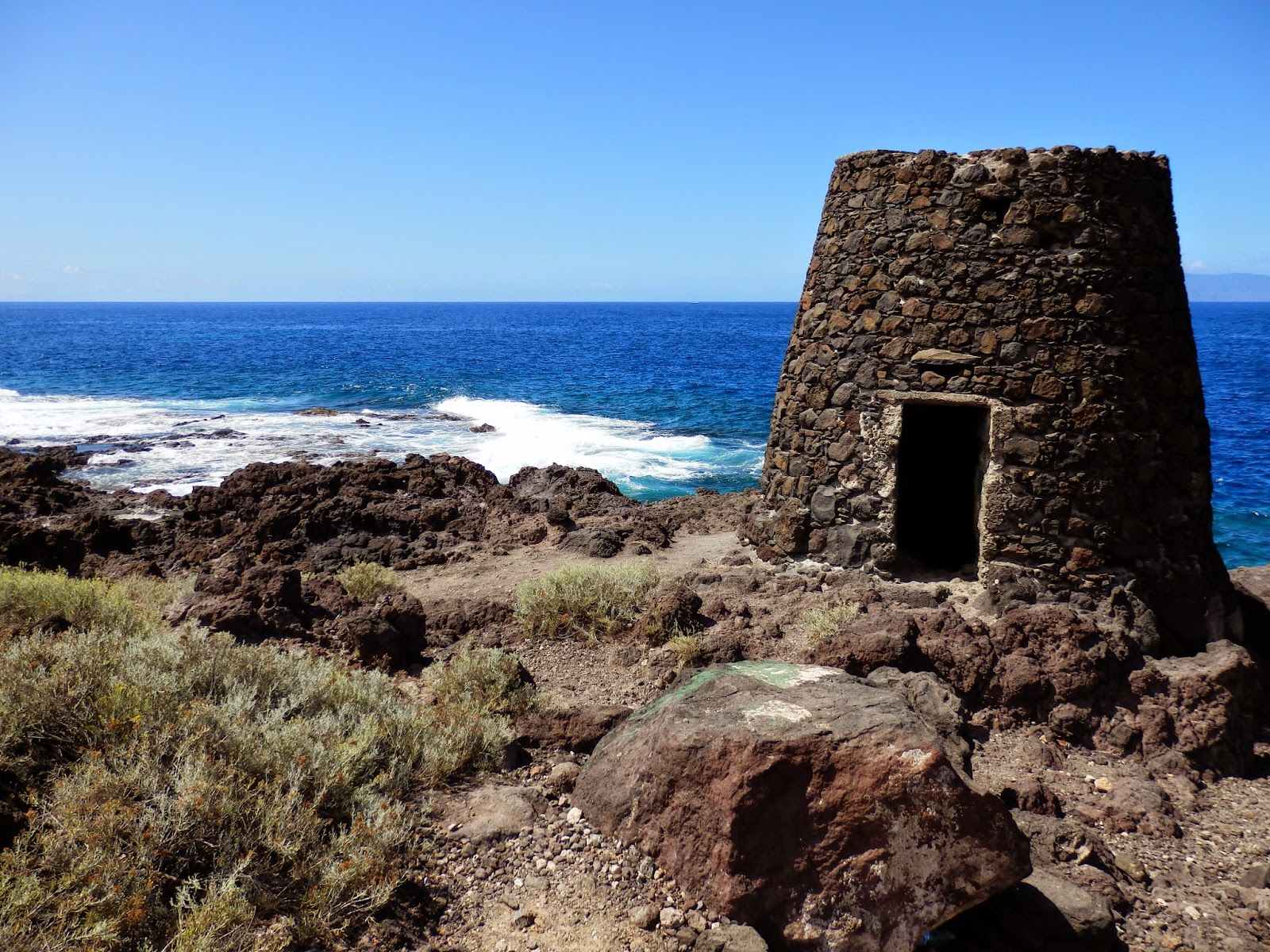 It's nice to get away from built up areas so (while in Tenerife) we headed for a track along by the sea. We saw very few people, mostly other walkers, so could enjoy the Atlantic and the distant hills in  peace and quiet.

At the start of our walk there was an old building of some sort (photo above). I never did find out what it had been but was most likely a kiln of some sort. 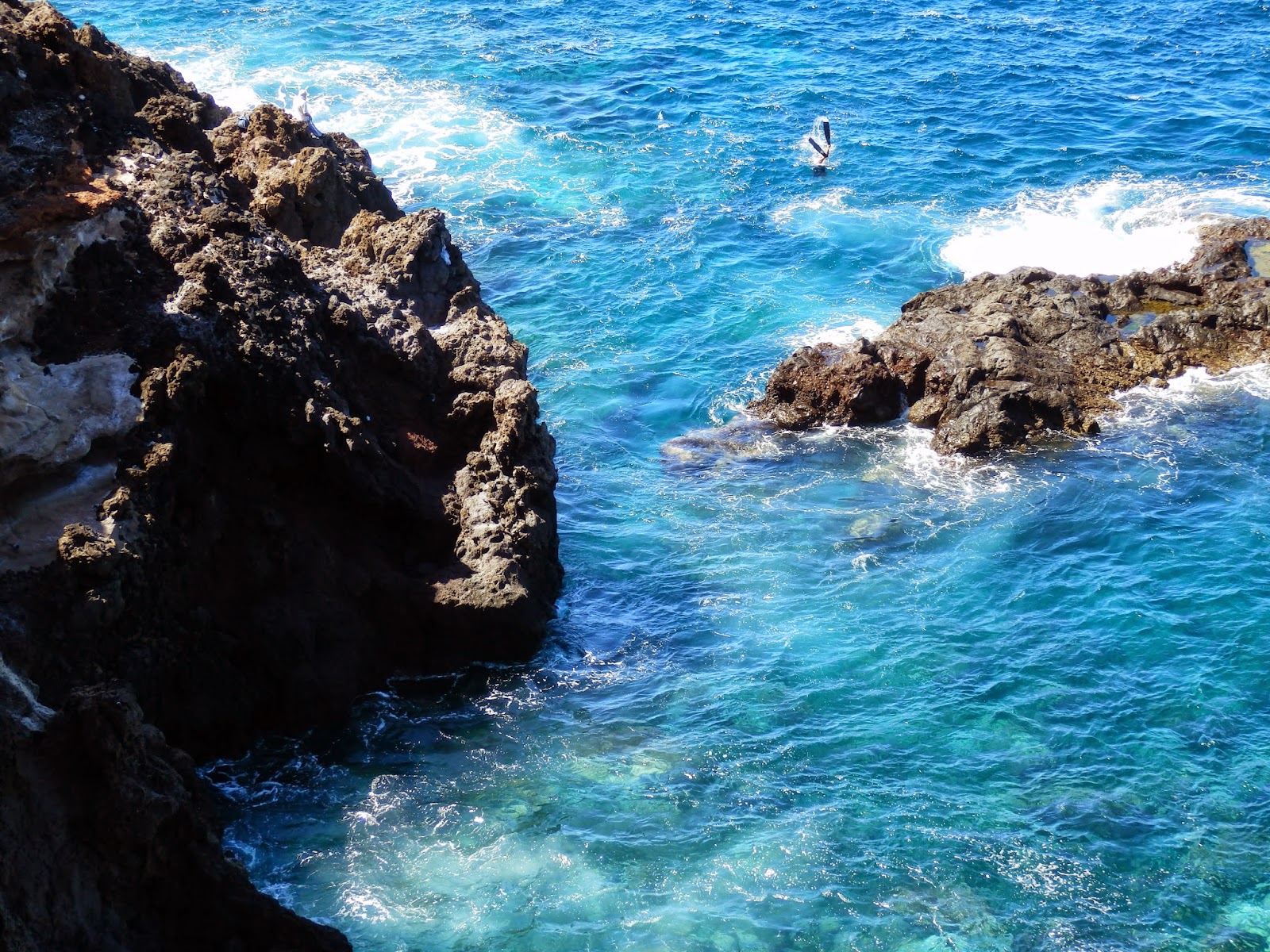 When we looked inland there were the mountains ... 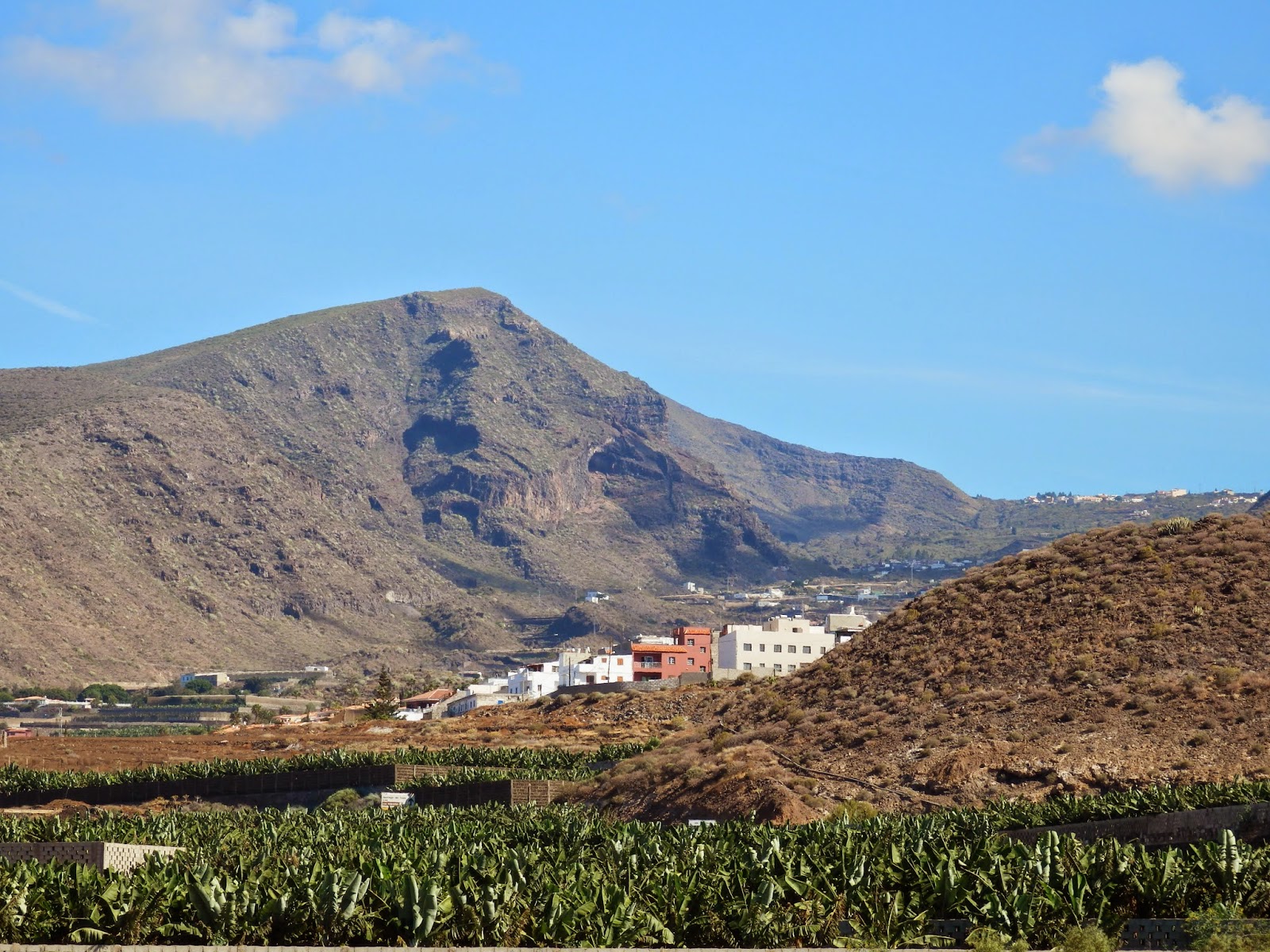 ... and loads of banana plantations - the green crops in the photos above and below. 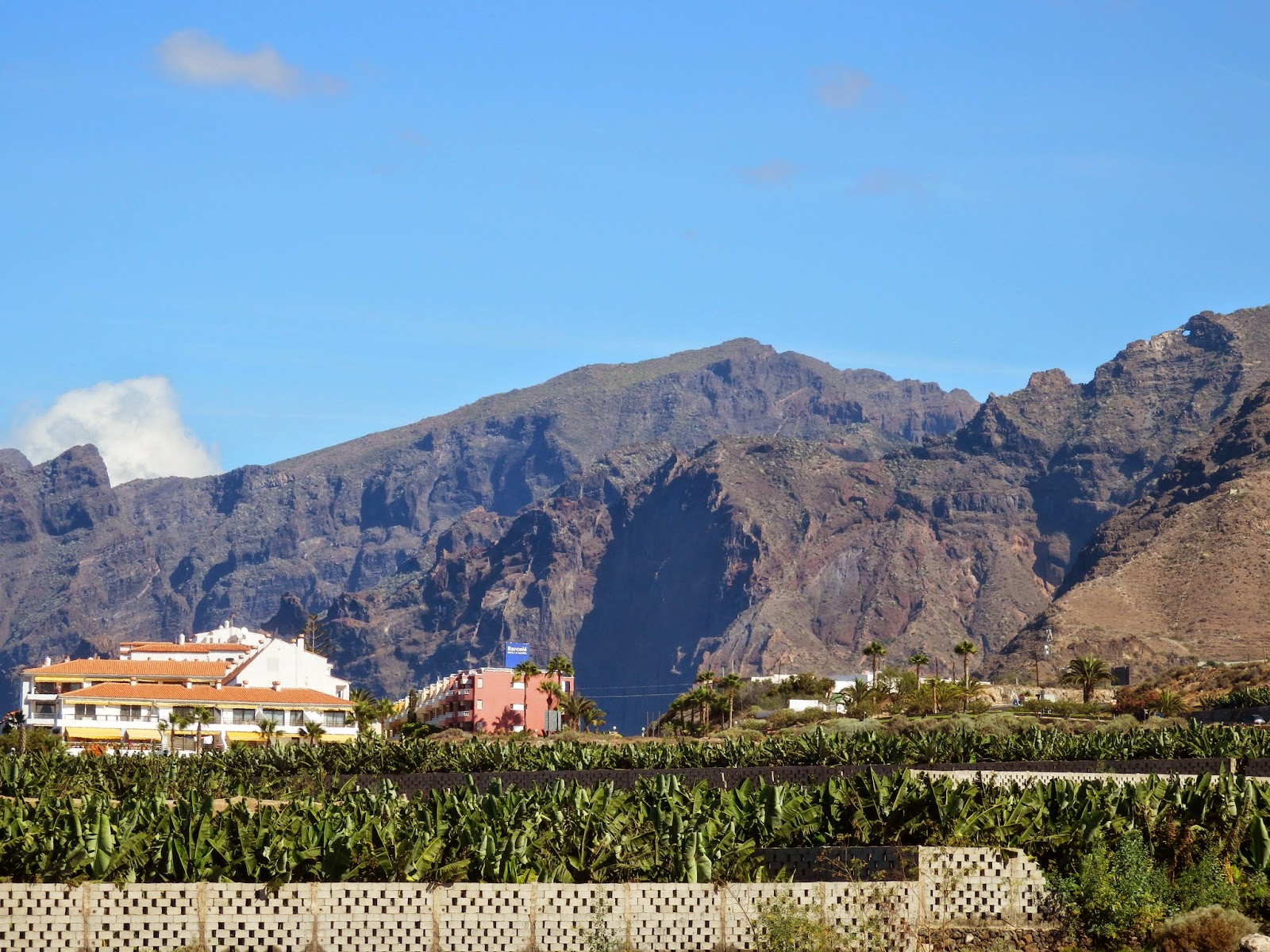 The volcanic sand was dark, almost jet black in places ... 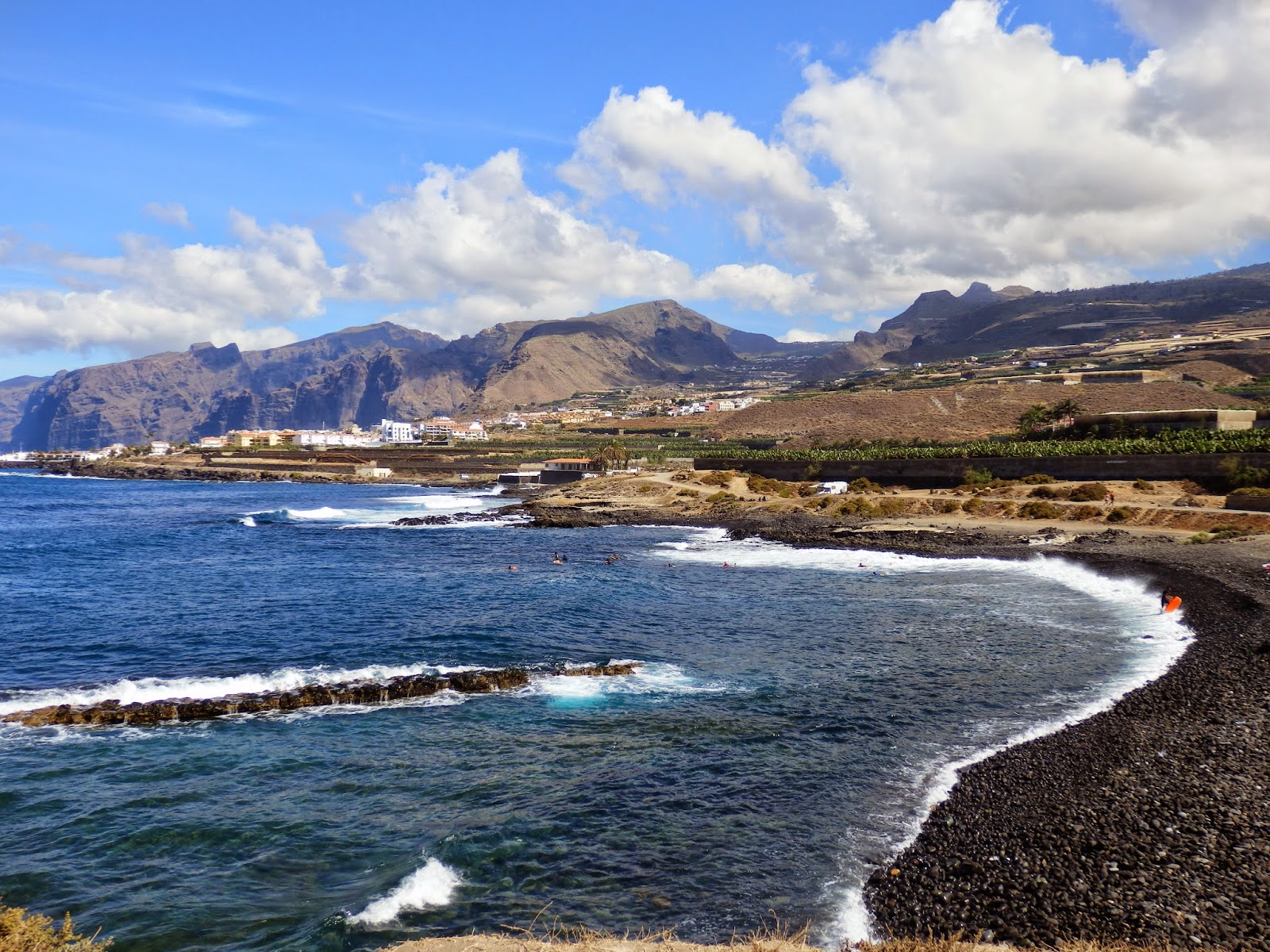 ... but was a pleasing contrast to the white waves. 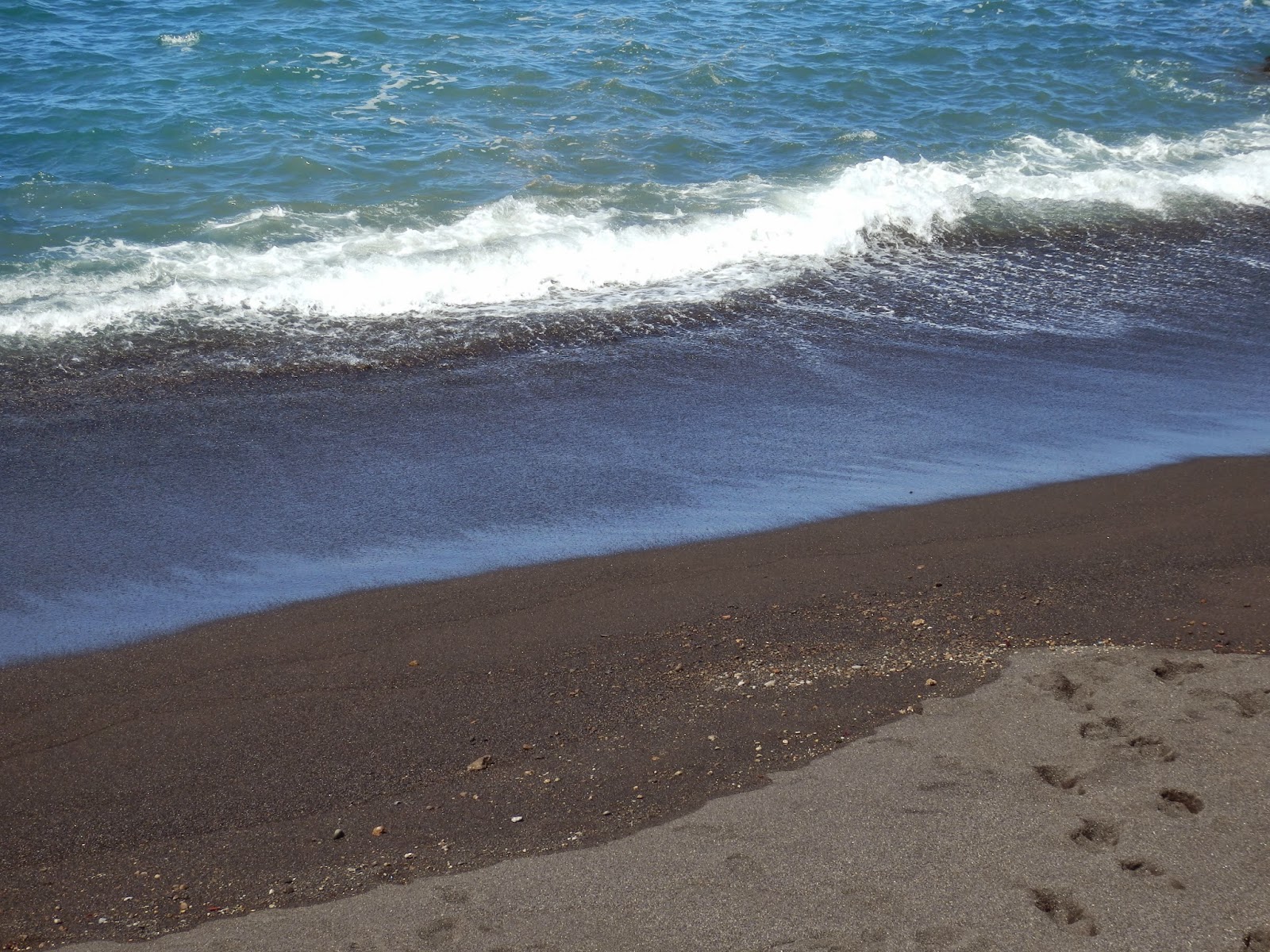 As we walked further the scenery became more barren. 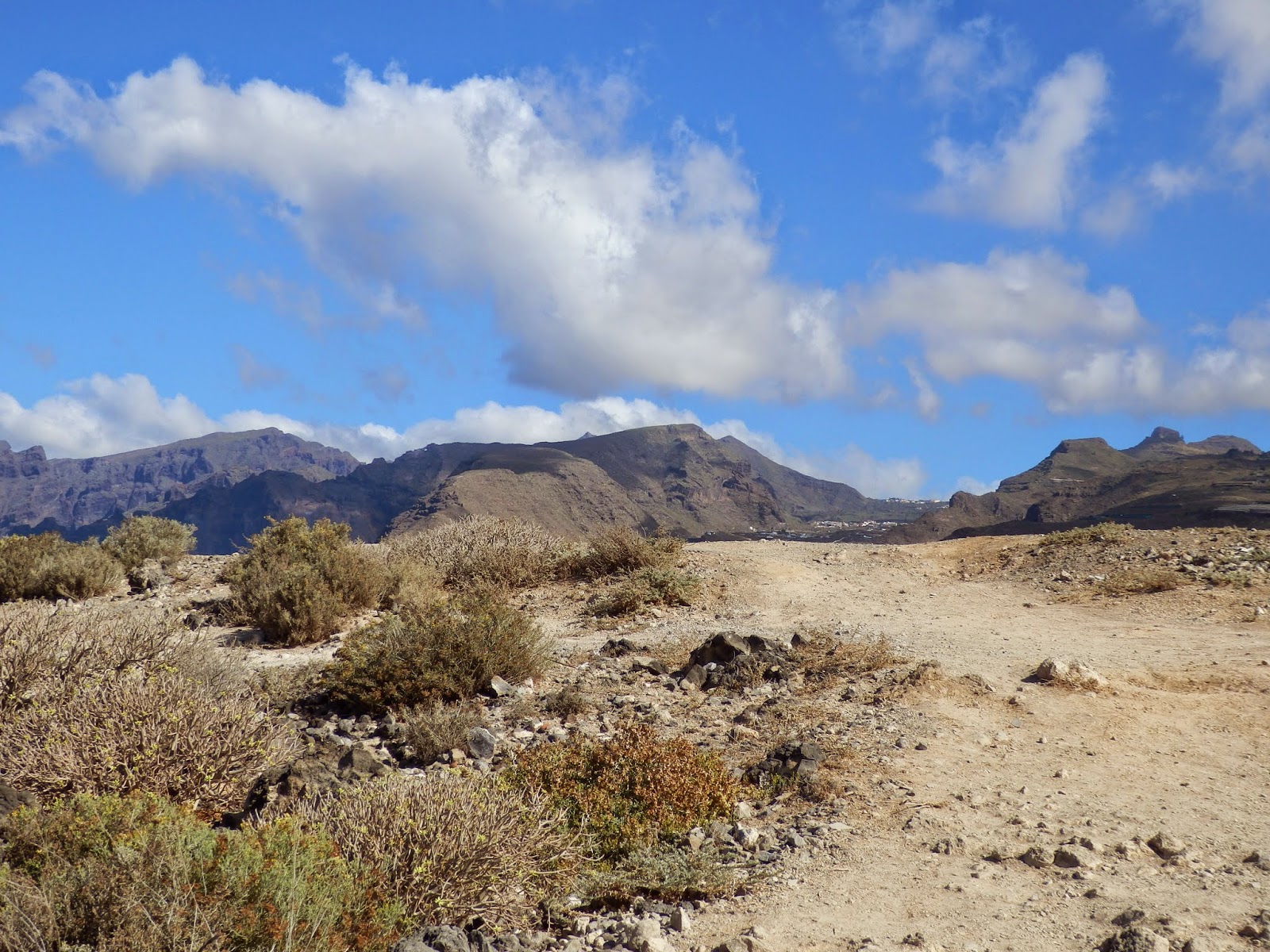 A disused wall, once the boundary of a banana plantation, became a frame for the island of Gomera, seen in the distance. 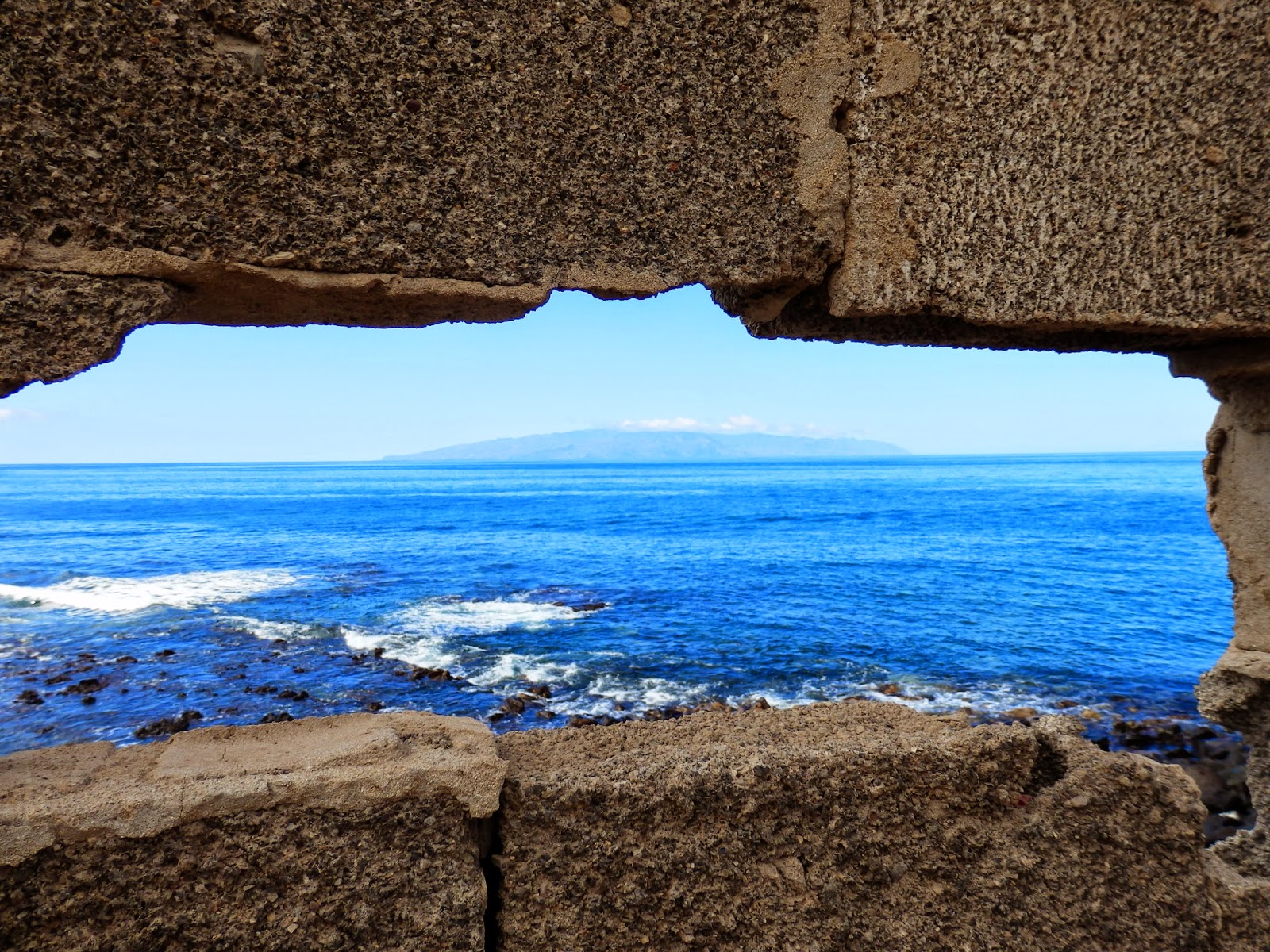 The sea turned a brighter shade of blue, as the temperature rose, and contrasted with the red sails of a yacht passing by, with Gomera in the background. 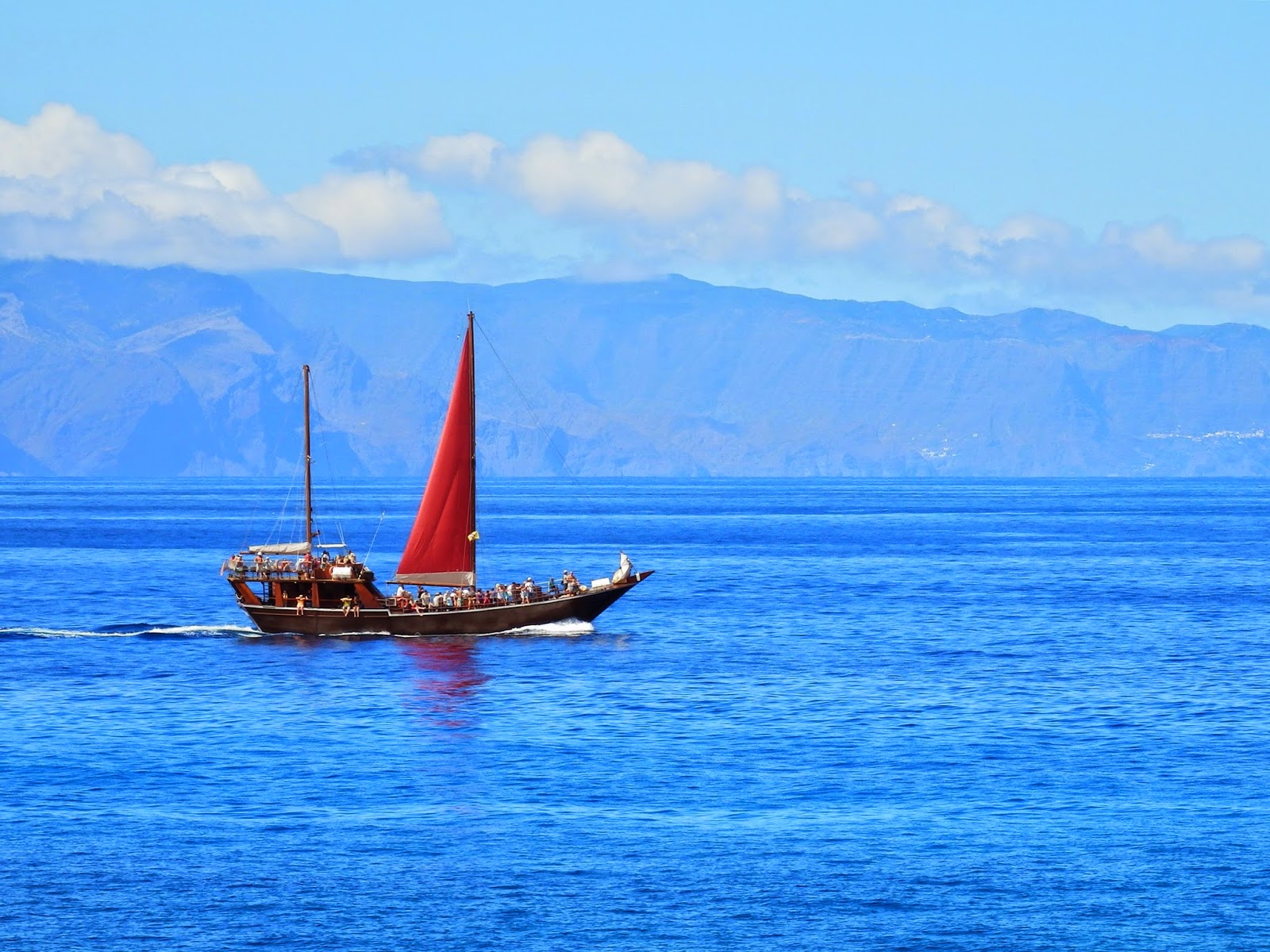 I think we actually walked a bit too far that day on such a hot day. But it made me really appreciated the cold beer I had when we finally returned to our hotel.

Other Tenerife Posts:
The Giants Of Tenerife Left Over From Atlantis
A White Feather And A Piano Re-Paint Faded Memories In Tenerife