The Discovery Of The Centre Of The Universe 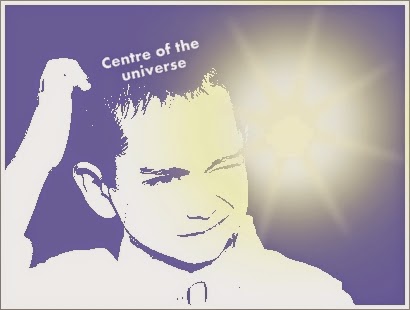 "Ah, but you are the centre of my universe," she whispered - or maybe it was all in my imagination.

Confusingly, I also read that the USA town of Wallace is the centre of the universe:

But the good news is that in reality we are all the centre of the universe, wherever we happen to live or be visiting. Though, I must admit it makes my head a bit befuddled thinking about it.

The Big Bang that supposedly created our universe - and not to be confused with any other actions of a similar name - didn't start from a single point as we would normally expect. The theory is that it had to happen everywhere at once because, before the Big Bang, space and time did not exist. Therefore there was no single point where it could have started from.

Yes, but how could anything have started from somewhere that didn't exist? And this is where a God usually comes into the equation by many people. But, there again where was God hiding at the time of the Big Bang?

With respect, leaving God to one side, the popular theory about our universe is often likened to an inflating round balloon. As it continuously inflates it creates time and space. This means there is no time and space outside of the universe.

If some spots are drawn on the balloon (let's call them galaxies), and you shrunk yourself down to a minute creature, every way you looked or travelled you would still appear to be at the centre of everything (i.e. the universe).

And weirdly the balloon (universe) continues to expand, creating more time and space, and the point from where it started is everywhere.

Okay, my explanation isn't too special, it's not really my field, so I can understand why lots of people will tell you that: 'In the beginning God created the heaven and the earth'. It's a darn sight easier explanation but, there again ... there are so many questions.

Other Recent Posts:
A Walk Along The Coast In Tenerife
Answers To The Nine Most Perplexing Questions Of All Time
The Coincidence Of The WW2 Nurse And The Truck Driver