The Ghostly Sighting That Made Worms Crawl Up His Spine 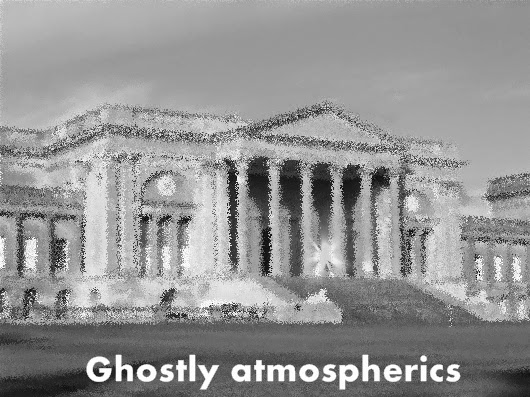 A very long time ago, while at boarding school, Peter Lewis saw something ghostly. He describes how the experience made him feel; "Your hair stands on end. Your skin goes cold. Worms crawl up your spine. Your neck feels as though it is being clenched in an unseen grip."

Okay, so what happened?  It was at Stowe School and on a bight, clear night he went for a walk. The moon was full and as he walked along a grassy bank he saw two figures. They were headed for a big flight of steps which lead up to a portico of the boarding school.

There was no one about, everyone else was asleep, all was quiet. He must have been brave because he decided to try and confront these two people. He watched as they climbed the steps as if in deep conversation. Before he could catch up with them, however, they simply disappeared.

Lewis froze, for there was nowhere the figures could have gone. It was then that his hair stood on end ... and so on. Thinking about what he had seen he realised two things.

Firstly the two people were dressed in antique clothing. The woman had long skirts and the man a long-hanging jacket, They both wore unusual hats.

He also realised they had made no noise at all. Their footsteps were completely silent and, though talking to each other, no sound came from their lips.

"I had been watching a pair of ghosts from another century. After investigating costume history, I came to the conclusion that their dress was most like the Regency style, and that therefore they could have been the Duke and his Duchess, who inherited Stowe in that period. They had strolled up the steps as if they owned it."

Moving on 60 years following this ghostly sighting Lewis received an anniversary issue of the Stowe School magazine. In this there was another account of a similar sighting to his, Again the couple were walking along the ridge and mounted the steps before vanishing among the columns of the portico.

So it seems that other people have seen these ghosts: perhaps the Duke and Duchess from another time.

Other recent posts:
The Mysterious Dogon People And The Knowledge They Learned From The Fish-Like Aliens
The Ghostly Happenings At Her Bedsit
The Peculiar Rich, Ripe And Racy Coincidence