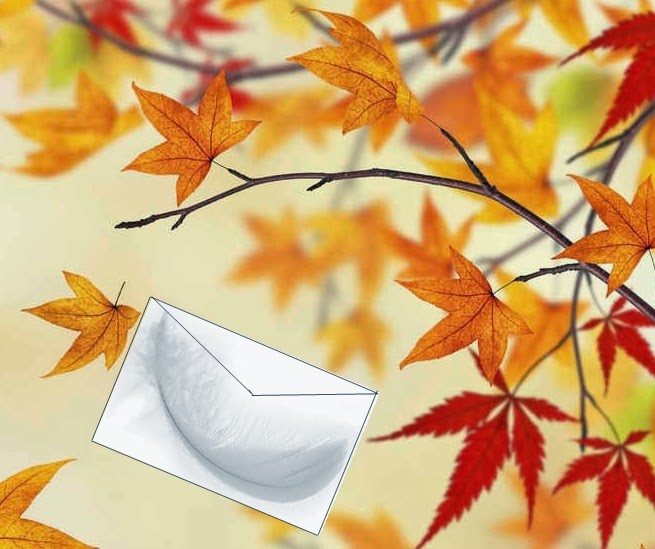 I have published posts over and over about white feathers and they are always the most widely read. Today's Daily Mail, October 9th, has a couple of letters on this theme on their Letters Page.

The first is from a Penny Fisher who writes:


"I receive white feathers from my beloved husband of 44 years who sadly died of cancer. It has been six years now but the feathers still arrive and what a joy they bring."


"I believe in white feathers appearing in the most inappropriate places - inside the shed on my allotment, inside my house, or - from time to time - just at my feet.

My sister was killed in 1943 when she was 13 and I was 11. We were very close and I believe she is watching over me. I'm now 82 and over the years have had many close encounters which could have had tragic consequences but at those times, in an instant, the danger was averted."

And a variation on a theme from Ceri Addis:


"I haven't seen a white feather. Eight years ago, however, on October 16, 2006, which would have been my dad's 92nd birthday, two friends and the vicar of St John's Church, and I stood by my grandparents grave where dad's casket of ashes was about to be buried with his parents. Suddenly a large, beautifully coloured autumn leaf blew in and went straight into the small hole. It was uncanny."

Interesting that a main stream newspaper is taking an interest in the subject.