Robin Hood And The Information Angel 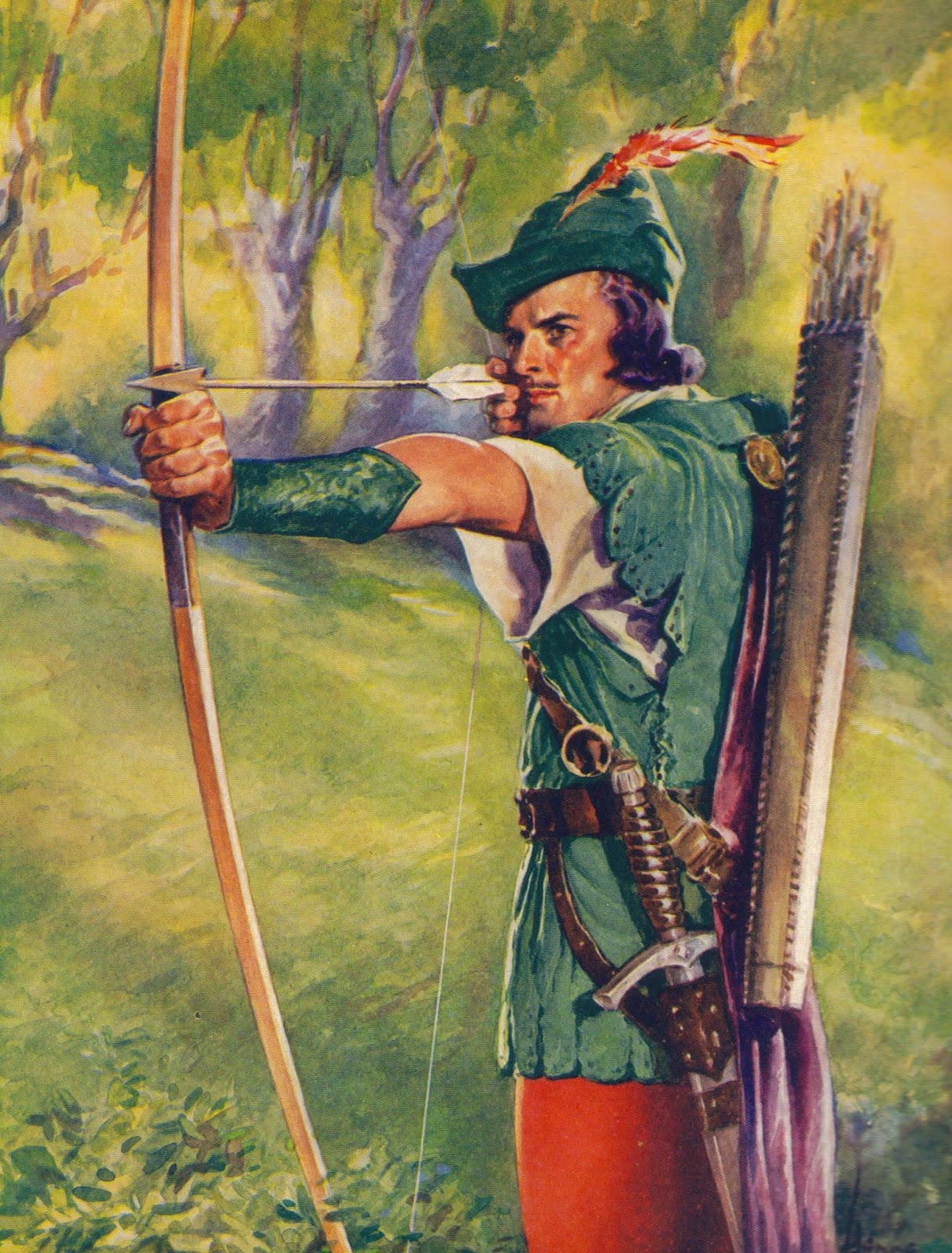 I was looking for an image to put on my Google+ page. I belong to one Vintage Community so, when I saw the above image of Robin Hood from the early 1950s, I thought this would be ideal.

Though a folklore figure, Robin Hood, was something of a hero for me as a young child: he stole from the bad to give to the poor. I used to try and make bows out of canes and arrows out of thin sticks. They weren't too successful!

Later that day I was cutting back a yew tree which we have in our front garden. It had grown too large and unwieldy. As I was cutting away an elderly gentleman walked past and started talking to me. He told me how he had a friend who used to cut back yew trees for free, as long as he could have the wood. "He wanted them for bows, you know like Robin Hood had," said the man.

This took me back to childhood again and then I remembered all of the yew trees found in English churchyards. "Any idea, why they are there?" I asked the man. "Something to do with keeping the devil away I think," he answered.

Later that day I tried to find out why churchyards often had yew trees.


"The Druids regarded yew as sacred and planted it close to their temples. As early Christians often built their churches on these consecrated sites, the association of yew trees with churchyards was perpetuated.

Similarly on 19 August 1993, The Times reported that a yew tree in the churchyard at Coldwaltham, West Sussex, had been confirmed as one of the oldest trees in England … probably planted around 1,000 BC by Druids. Robert Bevan-Jones has argued that old yews in Welsh and English churchyards mark the sites of hermitages or cells of early saints." 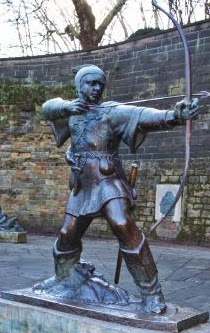 It always amuses me how one thing can lead to another. There I am with a picture of Robin Hood and the next thing someone mentions him to me and so on. This is very similar as per my post The Weird Case Of The Volcano Which Popped Up From A Corn Field. Again I was looking for an image for Google+ and a chain of information came my way.

Thinking about Robin Hood transported me back to how my son used to follow Nottingham Forest football club - the area where Robin lived with his 'merry men'. I remember taking him to Nottingham and seeing Robin Hood's statue (right) in the town.

And then (again) I got thinking about being a child, playing Robin Hood and watching a television series at my grandmother's home - we didn't have a TV set. Oh yes, there was a song as well:

Trish and Rob of synchrosecrets would probably liken this to the 'information angel' doing his or her work. But whatever it's synchronicity and generated lots of memories of happy times.

Other Recent Posts:
The Weird Case Of The Volcano Which Popped Up From A Corn Field
Issie The Monster In Lake Ikeda Japan
The Dog Who Knew She Was Going To Die