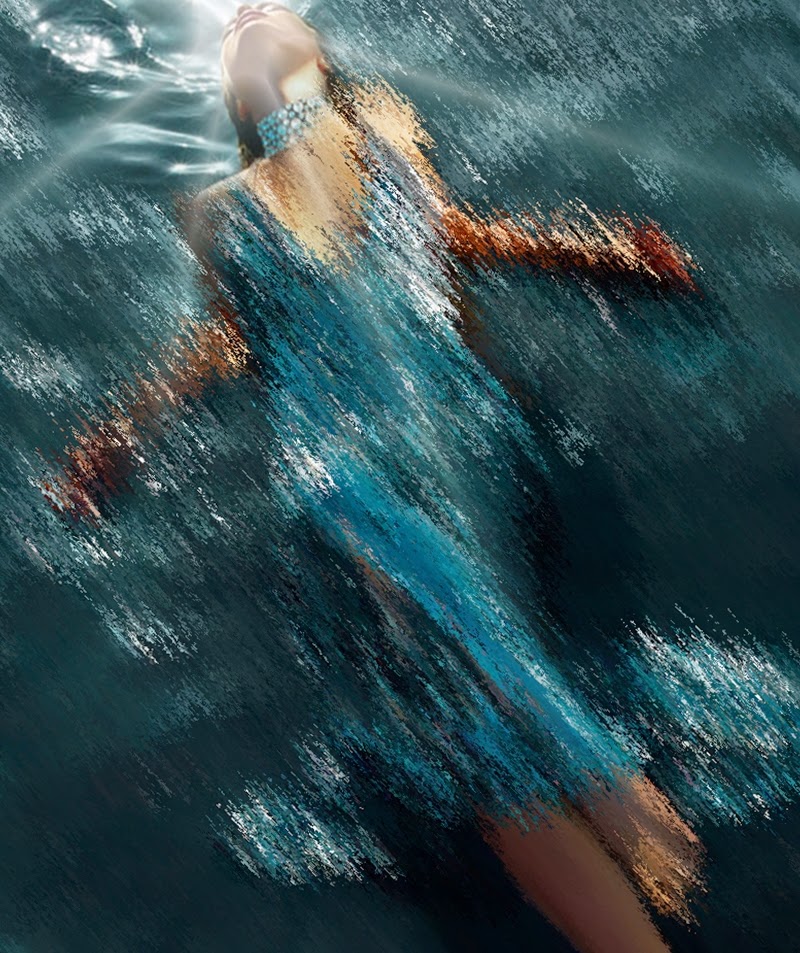 The story today is by Sharon Joseph and tells of how her dead aunt saved her from drowning when she was a child. Does this indicate that there is life after death?


"In the summer of 1959, when I was seven, my family joined my Uncle David and his three children for our annual holiday to Hayling Island.

Uncle David was a bit of a daredevil, and that year he decided it would be fun to take me swimming at high tide when the waves were beating against the harbour wall.

He told me he would hold on to me tightly, and he wrapped his arms around me after we ran laughing into the sea. But within minutes, a massive wave knocked us off our feet.

I remember the force of the water coming up between my uncle's arms, flinging us apart. The next thing I knew, I was on the sea bed gazing around.

What has always struck me since is that I felt no fear. It was beautiful down there - full of plants and colour - and I paddled along the bottom calmly like a dog, taking it all in.

It was then I saw a figure coming towards me in the water - wispy yet fully formed and beautiful, like a Greek Goddess. It felt like she might take me somewhere, but instead she shook a finger gently to say no, and left.

In the next moment I remember my uncle scooping me up and carrying me out to the sand, where my mother was crying hysterically.

I only found out later that I'd been gone for seven minutes - to this day I have no sense of how I survived that long without breathing.

I didn't mention the lady - my mum was traumatised enough and I didn't want to upset her further.

A few years later when I was 13, I was leafing through a family album of black and white photos when I saw the face of the lady in the sea.

It was my Aunt Mary who had died of TB when I was four. She hadn't been able to have children of her own, and she'd loved me so much that she'd wanted to adopt me. Even then I kept what had happened to myself - only telling my ex-husband many years later.

I've always found the memory strangely comforting. I don't know if our loved ones are waiting for us when we die, but I do know that when we pass away on Earth, it is not the end."

Other Recent Posts:
The Mystery Of Sir Arthur Conan Doyle's Message From Beyond The Grave
The Two Warning Or Precognitive Dreams
Father And Daughter Re-United Through Coincidence

Email ThisBlogThis!Share to TwitterShare to FacebookShare to Pinterest
Labels: Life After Death, Mysteries