The Two Warning Or Precognitive Dreams 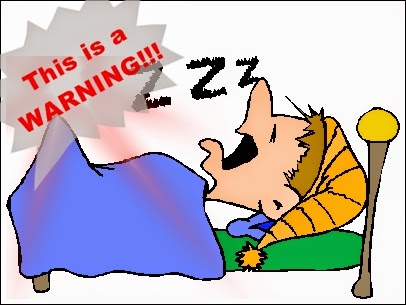 I've had a couple of dreams recently that turned out to be ... well, I suppose you'd call them warnings. As if someone was saying, "You'd better pay attention to this."

The first was on the night before we went on a holiday to Tenerife. We went to bed at the normal time, knowing that our flight wasn't until 3pm. So we had plenty of time, even though it takes virtually 3 hours to get to the airport at Bristol,

During the night, at about 2 o'clock, I woke. It was as if someone was saying I'd got the flight time wrong, "What me?" I thought, "Surely not, I'm so careful with this sort of thing."

But the feeling was strong enough to get me out of bed and look at the flight paperwork.

My rummaging about woke Karin, she said, "What on earth are you doing?" I told her the news and how we had to alter our plans.

Thanks to the dream warning we arrived in plenty of time for our flight.

The second dream was the night before last. Thinking about it perhaps it's more precognitive than a warning.

Again I woke up during the night. This time someone was saying there was a problem with my blog. "You won't be able to log into it," said ... I don't actually know if someone/thing said it or if it was just in my head. But either way it unsettled me.

First thing in the morning I had an email from Google stating:

"Your account is currently in a suspended state, meaning that you can not use the service. Log in to admin.google.com and follow the instructions to fix the suspension issues."

I was none too happy, especially when I clicked on the link (I knew it wasn't spam by the way) and couldn't get into Google admin. "What the ****!"

"We believe that your account is a business account, which includes corporations, affiliates, sole traders, self-employed merchants or professionals, and partnerships."

I do earn a few pounds from Google ads on this blog, but hardly a fortune. It just helps to cover my Internet and phone connections.

Anyway, I still couldn't get into Google admin so I did a Google search. It appears that other bloggers, going back to 2012 have had this problem. To cut it short, I eventually found a (complicated) way to access the pages I needed.

That's it! Two dreams where I received messages. I must try and keep a Dream Diary, perhaps I'm missing a lot of other stuff! Who knows.

P.S. The image at the top of this post is for illustrative purposes only. I do not wear a nightcap in bed, neither do I snore or sleep with my mouth open ...

Other Recent Posts:
Father And Daughter Re-United Through Coincidence
The UFO Timetable And The Melting Man
Black Bart And The Stage Coach Robberies Which Started As A Joke