Her Cats Diagnosed The Cancer And So Saved Her Life 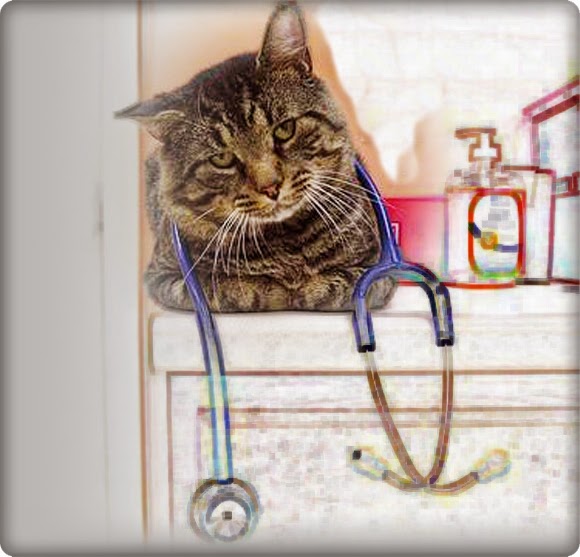 Stephanie Doody, 55, from Staffordshire in England says she has her cats to thank for saving her life.

At the time Stephanie had no apparent illness symptoms, but doctors later discovered that she had a tumour on her appendix - a form of cancer that normally goes undiagnosed until it is too late.

She has three cats Dinky, Rennie and Jaffy and they noticed that something was wrong with Stephanie. They started to follow her constantly and would sit on her lap poking at her abdomen. She said, "I absolutely believe the cats knew."

She went on to explain, "The cancer is a molecular change in your body so you give off a different smell that they pick up on and they just try to get your attention. For a while my cats had been following me around, but that's normal - they're cats and that's what they do. But it got more intense and for months they stayed with me everywhere I went."

Jaffy would lay her head on Stephanie's stomach as she slept and six months after the cats first indicated a problem she found a small lump after losing some weight and then headed for the doctor.

She said, "It wasn't until the day I got back from the doctors that they [the cats] disappeared into their normal spots. It was as if they were saying 'finally you have discovered it.' It was unbelievable."

In October last year Stephanie had complex, invasive surgery. She says, "The surgery was horrendous and I was in intensive care for a couple of days on morphine but I would have died without it."

She insists that her cats did their utmost to warn her, they had sniffed out her cancer.