Napoleon And Josephine Appearing As Spirits Following Their Deaths 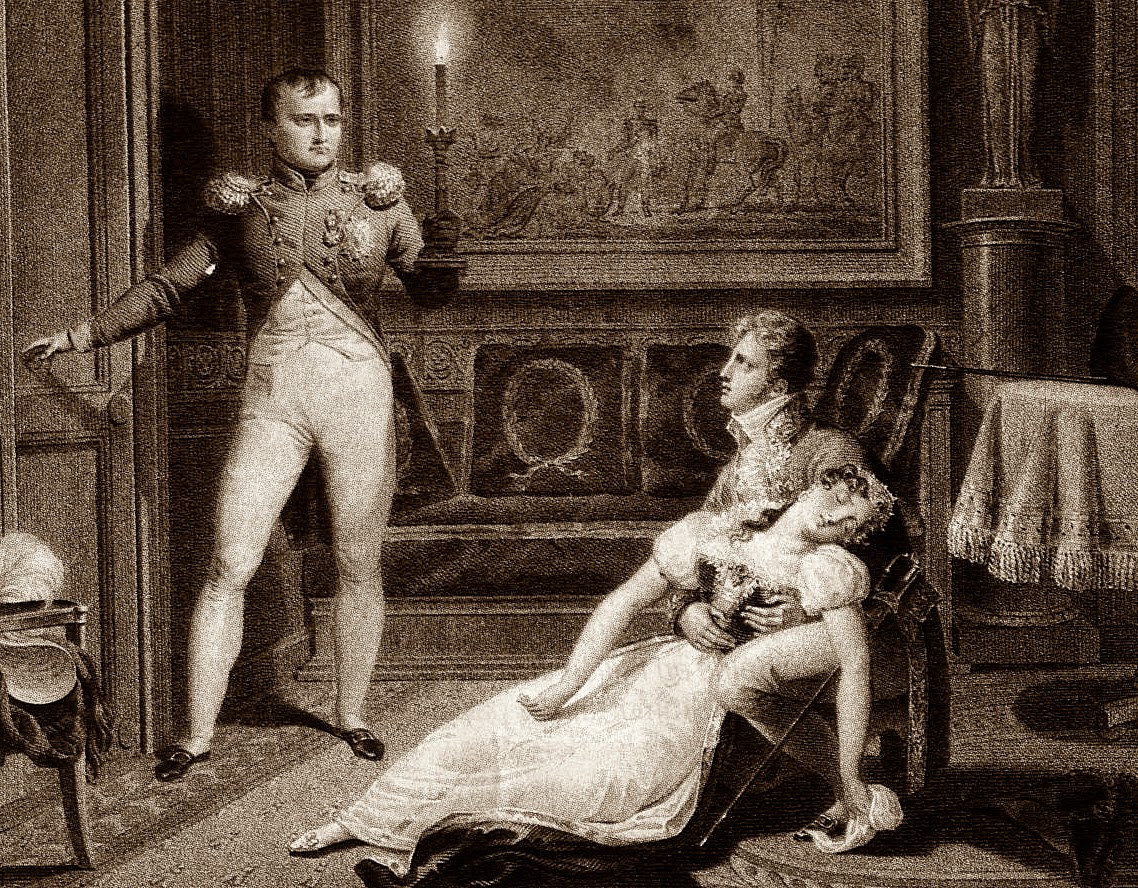 Two ghostly type stories I found about Napoleon, both connected to his death at St Helena.

The first was the emperor's vision of his dead wife Josephine. Some days prior to his own death he told Montholon, who was one of his staff, "I have just seen my dear Josephine, but she would not embrace me; she tore herself away when I tried to take her in my arms. She sat, where I thought I saw her yesterday. She was not changed, always the same, always entirely devoted to me. She told me that we were about to meet once more, never to part again."

It is noted that it was her name that Napoleon uttered when he died.

The second story is an account of a ghost like person resembling Napoleon in appearance and gesture who visited Napoleon's mother in Rome about the very hour of the day he died in St Helena. The stranger spoke of Napoleon to her as if he had just quitted him and added, "At this moment he is delivered from his sufferings; he is happy."

Napoleon's mother at once spoke to those about her of this visitor, who was seen by three other persons in her palace, and a search was made of Rome for anyone resembling him, without result. She herself was convinced that it was the wraith of Napoleon. There was nothing terrifying about the vision - if it was a vision. It did not frighten her, but to the contrary, it produced in her mind ecstasy. She declared that the mysterious sighting, "Was like Napoleon in voice, figure and speech,"

Both stories discovered in old papers from the late 1800s.

Other Recent Posts:
Coincidence Of The Two Flying Fortress Airmen From Ludington
Ghostly Sightings In New York 1888
Glimpses Of The South Coast Of England