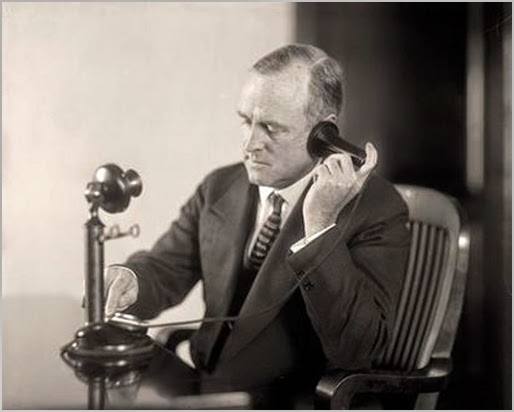 Here's a coincidence story from the Spokane Daily Chronicle. 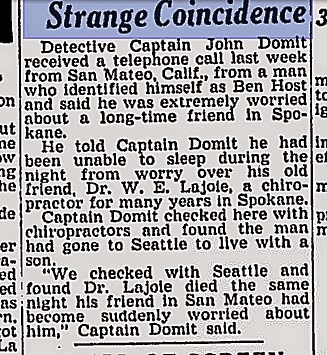 Detective Captain John Domit received a telephone call from San Mateo, California from a man who identified himself as Ben Host and said he was extremely worried about a long time friend in Spokane.

He told Captain Domit he had been unable to sleep during the night from worry over his old friend, Dr. W.E. Lajole, a chiropractor for many years in Spokane.

Captain Domit checked here in Spokane with chiropractors and found the man had gone to Seattle to live with a son.

"We checked with Seattle and found Dr. Lajole died the same night his friend in San Mateo had become suddenly worried about him, " Captain Domit said.

Other Recent Posts:
Half Human, Half Beast With Great Bat-Like Wings
Walking The Cornish Coast Looking For Tin Mines
Coincidence Of The Two Flying Fortress Airmen From Ludington