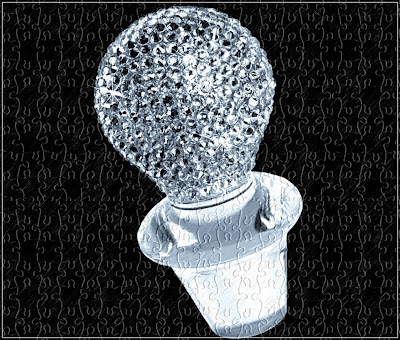 
"I moved from one country town to another some years ago. When they emptied the tea chests, in which the remover had packed china, books, pictures and so on, we found that a decanter stopper was missing. The remover couldn't find it.

Eighteen months later a new neighbour invited me for afternoon coffee. Conversation turned to the hazards of moving. My neighbour mentioned having a chair damaged.

I told my story of the loss of the precious decanter stopper. When my neighbour realised we had both employed the same removal company, she dramatically left the room. She returned with my stopper in her palm!

She said she had found it in the bottom of a tea chest used in her move and had kept it because it was so pretty.

In the eighteen months between the two moves, the tea chest must have travelled thousands of miles, moving many households - with that little stopper lying in it - just waiting to be returned to the right address!"