Ghostly Hitch-hiker Talked Of The Second Coming Of Jesus 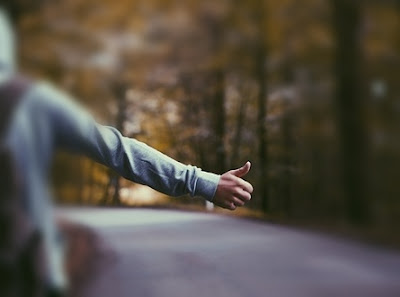 Following on from yesterday's post. I have come across many other similar stories of ghostly hitch-hikers.  Back in 1980, for example, it was reported that motorists in Arkansas, USA were picking up a hitch-hiker who said he was Jesus Christ!  He then disappeared from the vehicle without trace.

By 'coincidence' I saw that this hitch-hiker may well have then moved on to Sweden. The Schenectady Gazette reported:


Police [in Ekenassjon, Sweden] said that on Thursday, many drivers reported picking up a young man who talked about the Second Coming of Christ.

Then, without opening the door, the hitch-hiker suddenly disappeared without a trace, the drivers claimed.

As a result of these reports drivers are speeding down roads without regard to traffic signals police said. Or, they go miles out of their way to avoid a spot they call the ghost's favourite intersection for catching a lift.

Police have been flooded with calls asking about the mysterious traveller, but have yet to start an official probe. However, local priests are taking it seriously and pursuing investigations.

Alcohol is not suspected by the police as Sweden's strict drunken driving laws make it an unlikely cause of the mysterious appearances.

And to finish with today, my Google + pal Mike Martin sent me details of the following YouTube video - a sad ghostly hitch-hiker song.