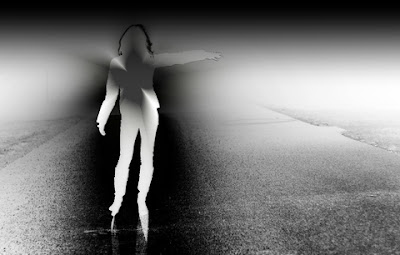 This is may be a well known ghost story, but I hadn't heard it previously. I have, though, heard similar tales, so perhaps somewhere along the line they all merge into one.

The westbound bridge near the Sumter and Richland county lines is said to be haunted by a ghostly hitch-hiker following a woman's death, near the entrance to the bridge.

The hitch-hiker waits on the bridge and requests a ride. If a driver stops she gets into the vehicle's back seat and says she is trying to get to Columbia to see her sick mother, who lives in Pickens Street. Once the vehicle leaves the bridge on the Richland County side the woman disappears.

A couple travelling to Columbia reportedly (Source: The Item Vol 112, No.17) picked up the woman in 1968. After a short time the wife turned to talk to the passenger in their back seat to find that she had vanished.

The wife fainted and it's said that while she was being revived, the husband decided to check out the address the ghostly figure had given him.

He arrived at the house and was greeted by an elderly lady who immediately said, "I know why you are here. You picked up a young lady in the swamp. My daughter was killed in an accident in the Wateree swamp several years ago, and each year on the anniversary of the accident, she appears to passers-by."

Other Ghostly Posts:
The Grey Ghost Who Walks Into A Doorway That Is No Longer There
The Ghost Sightings In London's Top Hotel
The Ghostly Ghost Photo Of The Brown Lady