The Striking Coincidence Of Dates From 1853 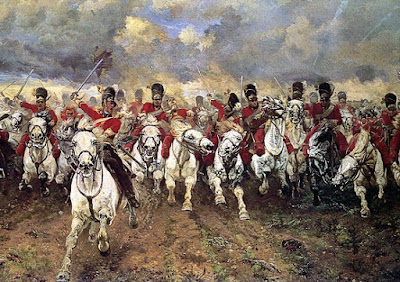 I found this story in a newspaper from September 10, 1853, so it's not exactly up to date news! But it illustrates that the media have been noticing coincidences for many, many years. I've copied the following word for word.

On the 18th of June 1815 the English and French were engaged in desperate conflict at Waterloo.

On the same day of the same month in 1853, the English and French fleets were at anchor off the Dardanelles, engaged in a common cause.

On the 14th of June, 1807 Napoleon conquered the troops of Alexander of Russia at Friedland, and the two monarchs at the subsequent interview at Tilsit, took counsel as to whether, together, they could not humble the naval power of England.

Forty-six years later, day for day the navies of England and France are united to resist the encroachments of the Muscovite. The brother of Alexander and the nephew of Napoleon do not act in concert, but in hostility.

That a half century, however, should produce such changes is not surprising, but the coincidence of dates is striking.