The Coincidence Made Her Shriek With Amazement 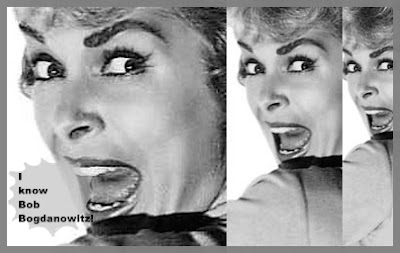 I saw this coincidence story, from Russell Graham of Leeds, in the Daily Mail newspaper.


As to anecdotes about coincidences this happened to me twice and concerned the same person.

Growing up in the Fifties in Leeds, Mum and a neighbour would discuss their wartime adventures as teenage girls, including their GI boyfriends, and the name of one always stuck in my mind - Bob Bogdanowitz from Denver, Colorado.

Twenty years later, my wife's aunt and uncle were also reminiscing about wartime, saying they were still in contact with a GI they had befriended in Leeds - Bob Bogdanowitz, now a lawyer in Denver. My mother's stories all flooded back.

In 1992, my wife and I were lunching at The Cheesecake Factory in Marina del Rey, which is not far from Hollywood.

At the next table were two ladies, and we were fascinated by their gossip - one obviously worked in a film studio. But they, on hearing our English accents, were more interested in us.

The studio lady asked where we were from. We told her Leeds, and she confided she wasn't from Hollywood originally but from Denver, Colorado.

I replied that the only person I'd heard of from Denver, was a lawyer called Bob Bogdanowitz.

Her shriek, in a very loud American accent, of 'I know Bob Bogdanowitz!' must have been heard all over California - it certainly woke up the restaurant!