Savaged By A Dog Twice In One Day Coincidence 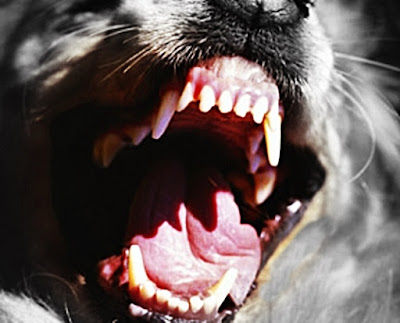 Here's a story I read in the archives of a newspaper from 1938. It's the gentleman's thoughts on coincidence. He writes:

I have lived roughly, about 25,000 days, On only one of those days have I been bitten by a dog: but on that particular day I was bitten by two.

I had set out to visit a friend who who lived about three miles from my home. As I turned into his street an infuriated dog rushed out of an open gate and savagely attacked me, fastening his teeth into my leg.

Somewhat shaken, I managed to reach my friend's house, where my wounds were bathed and bandaged.

An hour later I set out for home, and almost within sight of it was assailed by another dog, and bitten again.

Puzzled by the unwanted attention paid me that day by the canine world, I carefully examined my person - my clothing and the contents of my pockets. But everything was perfectly normal.

The astounding thing is that I have passed unbitten by every dog that I have since met. It remains among life's inexplicable coincidences.

Other Random Posts:
The Coincidence Of My Father's Stopped Watch
The Mysterious Skull With The Golden Wreath Of Protection
How A Good Turn Was Returned By A Remarkable Coincidence