How A Good Turn Was Returned By A Remarkable Coincidence 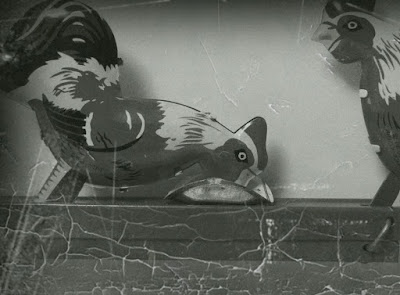 A quite remarkable coincidence story today seen in today's Daily Mail newspaper, it was from J. Newbigging from Lincolnshire, England. As well as being a coincidence it also demonstrates how good turns are often returned.

In the sixties I was stationed with a British Army cavalry unit in Germany. I was given the task of taking four troopers out on a character building exercise.

This three-date stint involved being taken by truck and dumped somewhere we didn't know with only a compass, a map, a change of underclothes and a sleeping bag.

We had to arrive back at a rendezvous at a given time and were not allowed to carry any cash. We also had to forage for food and were allowed to sleep only in cowsheds.

On the third day, weary and hungry, we arrived at a very pretty village somewhere in Bavaria. We noticed that there was a fountain spurting water, so we rushed to it to fill our water bottles. While we were doing so, we were told off by some very irate villagers. We couldn't understand what they were saying, but we did understand the manner in which they were saying it!

We were trying to sort out the trouble when along came a gentleman who addressed us in very good English and offered us a place in his house, or as it turned out, farmhouse.

We were well fed, wined and dined and given beds to sleep in - this gentleman was very generous.

That was where I once lived and I told him that when I was 11 in the Forties I had made friends with some German prisoners (against Mum's instructions) digging out the ditch at the bottom of our road.

I used to give them bits of wood and tin, and they used to make the most fabulous toys that we children could then buy for pennies.

I told him one German prisoner made a toy called a pecking chicken, and gave it to me for bringing him wood and tin as I didn't have enough pennies to pay for it.

I was astonished when our host told me he had been that prisoner and that he well remembered that scruffy 11-year-old, who was me, 20 years later.

Other Random Posts:
Do You Know Larry Coincidence
Identical Twins Meet By Coincidence After 21 Years
Reincarnation: Her Small Son Had Been Killed In A Previous Life During World War 1