Was This The The Reincarnation of James Fletcher? 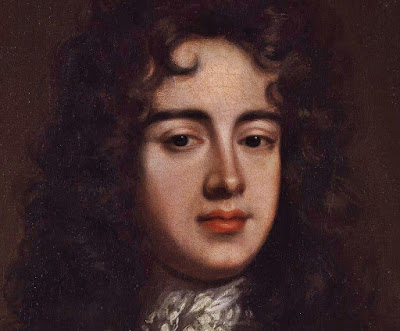 Edward Ryall hails from Benfleet in Essex and appears to have clear memories of a previous life, when he was named John Fletcher some 300+ years ago.

Edward says, "I am 99% certain that reincarnation is the only explanation for what I remember of those days."

It all started as a child when distant memories flooded his mind of places he had never known. Often he would use words that were in an unknown dialect, not associated to where he lived in Essex.

Nothing else significant really happened until he was in his fifties and was taking a holiday. He was driving down a country lane near Bridgewater in Somerset (England) where the Battle of Sedgemoor took place. In Edward's words: "All of a sudden I knew this was the place I had always seen in my mind. The only thing was it was not quite right. It was the wrong way round. I was used to looking at it from the other side. Then gaps in my story filled themselves in.

My memories were those of John Fletcher, a 40 year old farmer, with two sons, living in a village called Westonzoyland, some three miles from Bridgewater. In July 1685 a nobleman arrived in our parish to head a peasant army. Many of my friends were persuaded to join him.

John Fletcher finally succumbed and went to help the others on the moor. Again from Edward/John:

"Some of our men were mounted and it was the horses which gave us away. They smelled the enemy horses and started to whinny. I must confess to having turned tail and run."

He was, however, chased by an opposing horseman. "I heard a swishing, whistling sound. Then there was a great red flash in my head - then nothing." John Fletcher was killed.

This may, perhaps, all sound very fanciful but a few of the facts check out.

Edward/John mentioned that the winter prior to his death was very hard - it was.

He described the church at Westonzoyland and the fact that the staircase ran up the inside wall. These stairs no longer exist now but records show that in the 17th century there was such a flight of stairs. St Mary’s Church, Westonzoyland (picture below) served as a prison for around 500 troops after the Battle of Sedgemoor 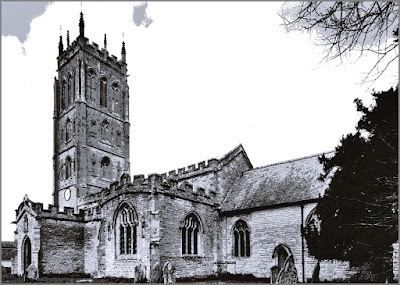 History also shows that James Scott, the 1st Duke of Monmouth (photo at top of post), pitched camp near Westonzoyland prior to foolishly attacking the forces of the Earl of Favesham and that a scouting party was lost.

Sceptics will always say that Edward Ryall may simply have been remembering things taught as a child. He strongly denies this however, "There is no question of my hearing all this sometime before and subconsciously remembering it. These memories have been with me since early childhood."