Haunted By Her Ex-Husband Who Begged Forgiveness 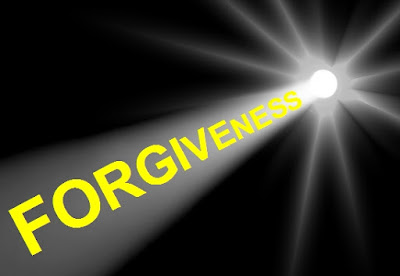 A story today with ghostly connections. The writer wishes to remain anonymous.


My former husband, John, ensured by various means that our son and I were systematically denied fair financial support,

In short, I had many very hard years of single parenthood and overwork, while he lived a very comfortable, easy life.

He died unexpectedly at the age of 57. Shortly after his death, I felt a presence in my home. Though he had never lived here. I just knew it was him.

I told the presence to leave our our son and me alone (in a less polite manner) - he had done enough harm in life. The presence persisted on and off.

Several months later, I came by chance across someone at work, Peter, who told me he was a psychic medium. We were chatting together when he told me I had 'something' hanging about me.

Later that day, he sent me a text with a drawing of a young man's face. In the text he asked: "Does it mean anything, linking to the song I Can't Let Maggie Go ?" None of it added up at this stage.

The next day in the office, we were discussing this and were both suddenly hit with a tingling sensation like an electric shock.

Peter said: "He is here. his name is John, he needs your forgiveness, he can't move on."

Peter was looking at something over my shoulder. I was terrified to turn around in case I saw something. I shouted: "Leave me alone!" and it went away.

We looked again at the picture and yes, I recognised that this was John as a young man in the Seventies. The song signalled that I had to forgive him and 'let him go.'

It seemed that the strength of my ill-feelings was holding him back.

Later, on reflection, I said the Lord's Prayer to express my forgiveness of John. I then felt a great lightening of spirit.

Other Recent Posts:
The Woman Who Talks To Animals And Gets Replies
Miles Of Smiles And Good Things For 2016
The Notable Coincidence Of Thomas Edison And Samuel Morse