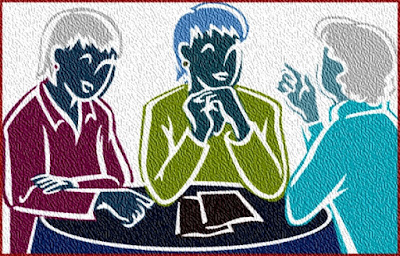 Here's a quite remarkable coincidence story I saw in the Daily Mail from Gill Cooper. It perhaps also says something about relationships with neighbours in England!


Some years ago my husband and I went to Texas [from England] for a short break. Whilst driving around we became lost and finding a small shop my husband went inside with paper and pencil to get directions.

He came out grinning and relayed the following:

A chap inside, also a customer, heard his accent and asked which part of the UK he was from. "Oxford," replied my husband.

"Wow," said the American, "I am living in Oxford too. Which part?"

"What?" exclaimed the American, "but that's where I live too."

"How odd," said my husband and gave the American the name of our road. At this the American gasped like a fish. "That's my road," he stuttered.

It turned out he lived just five doors away from us. Strange thing is, we had never seen him before and never saw him afterwards either, although we did get a letter for him, mis-posted through our door, which even more oddly came from Texas!

It is a very small world.

Other Random Posts:
10 Coincidences About The First Seven USA Presidents
Married Couple In The Same Photo As Children
Was Jesus A Vegan?