The Coincidence Of The Servant Maid's Reply Stupefied Him 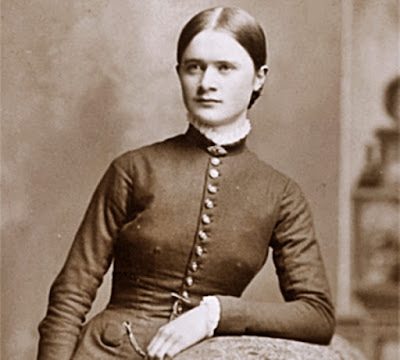 They were flabbergasted back in March of 1896 over this coincidence story, so much so it appeared in several newspapers. Here's the article - which also illustrates something about life back in those days. The style of the language is also interesting.


Mr. Clinton lived in Dorchester, where he had a large establishment. One night his child's nurse was taken suddenly ill with a kind of spasm. The woman's services to the infant had been invaluable and her faithfulness had won her the respect and affection of her master.

As the coachman happened to be away that evening and the necessity for the services of a physician was urgent, Mr Clinton saddled his horse and rode hastily into town and was soon ringing the door of the family doctor, in Boylston Street.

His inquiry of the servant maid who opened the door as to whether the doctor was home was met by a reply which stupefied him for a moment, so that he fell back against the wall of the passage and forgot the exigency of his errand.

"Dr, J is out," said the girl. "Mr. Clinton, a patient of his, came in on horseback an hour ago, and asked him to come to see a nurse in his family who was in convulsions."

Recovering from the shock of an apparent doppelganger thus forced upon his conception, questioning elicited the fact that the second patient, bearing his own name, lived in Charlestown.

In all other things the circumstances concerning two persons of the same patronymic was identical. The hour, the illness, the vocation of the sufferer, the arrival on horseback, were accidental coincidences which led nowhere and meant nothing, though they might, with stimulating attributes, have furnished food for the wildest credulity.

Other Random Posts:
Dennis The Menace Double Trouble Coincidence
The Doppelgangers Who Perhaps Should Have Been Born As Twins
The White Dove As A Messenger Of The Dead