The Squirrel's Leap Answered His Question 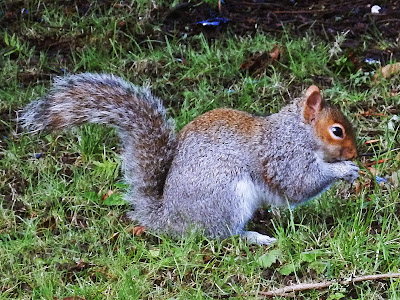 A very short coincidence story today, from Nick, about a squirrel and a question being answered.


Once, me and my friend were sitting in a park having a smoke on a bench. We were talking about a television program we saw, in which a squirrel had to decide if it was going to get eaten by a jungle snake or jump out of a tree from high up in the branches. The squirrel decided to jump.

I brought up the question to my pal, "Would the squirrel have died?" Literally 15 seconds later a squirrel fell out of the tall tree we were sitting under and ran off. I guess our question was answered!

Other Random Posts:
He Shared An Out Of Body Experience With His Wife - And Saved Her From Choking
Time Doesn't Exist: All We Have Is The Present Moment
The White Dove As A Messenger Of The Dead