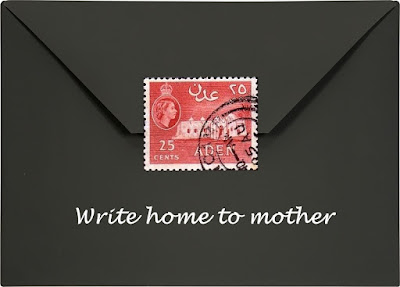 A further coincidence story from my clippings file, this time from Jenny Clarke.


In 1964 I joined the Women's Royal Army Corps and trained as a typist. In 1965/66, I was posted to Fort Morbut in Aden, Yemen, to work in the Royal Corps of Transport Office.

One day my boss said the regimental sergeant major (RSM) wanted to see me. No explanation was given. Full of anxiety, I wondered what I had done wrong to involve the RSM. I arrived at his office and saluted. He then asked me to sit down (most odd).

What a question - he was the RSM!

He then said: "I was talking to your mother a few days ago. She wants you to write more often."

It turned out he was the brother of a man in Barmouth, North Wales, who both my mother and I new by name. We always called him Benny.

The RSM had been visiting his brother and had met my mother who lived nearby so they chatted.

Thousands of miles away from Wales, I met a man who knew my mother.

Other Random Posts:
Pilgrimage To Glastonbury Tor
The White Dove As A Messenger Of The Dead
Telepathy Between Husband And Wife