Coincidences Aren't Always What We Think! 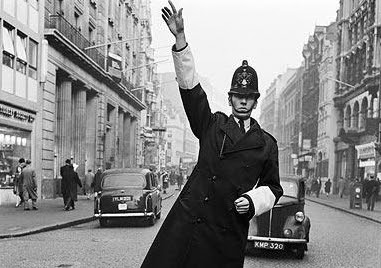 This cutting from a newspaper made me smile - coincidences aren't always what we think!


Stories of people meeting up by coincidence reminded me of the time I was a police officer on Ross-on-Wye, Herefordshire [England].

Doing point duty in the town centre, I was suddenly surprised to see walking on the pavement towards me an old friend whom I'd not seen for many a year. He was wearing clerical clothes and a dog collar. Such was my amazement, I left the traffic control and went to meet him.

Although I was in uniform, he recognised me immediately and we greeted each other enthusiastically. We chatted and it was obvious what I was now doing, while he told me he had just been appointed as the new curate if the local Church of England church.

We then got around to finding out when and where was the last time we'd seen each other, Therein lies the coincidence.

We went through our entire lives from school days, military service and civilian occupations. It was then that we both had to acknowledge the fact that we had never actually met each other before - at least not in this lifetime!

Other Random Coincidences:
Telepathy, Synchronicity Or Coincidence
A Coincidence Sign That Perhaps Britain Will Exit The European Union!
Photo Taken Of Father Showed His Missing Daughter