Dreams And Precognition Of The Aberfan Disaster

After reading a post on Trish and Rob MacGregor's, excellent blog about precognition and dreams, it reminded me of the tragic Aberfan disaster in Wales in the sixties. 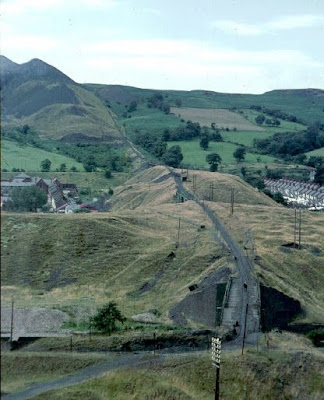 Aberfan is still remembered because of the horrific collapse of a colliery spoil-tip that occurred there in 1966 and killed 144 people, including 116 children. The slurry went into the side of the Pantglas Junior School and part of the separate senior school, demolishing most of the structures and filling the classrooms with thick mud and rubble up to 30 feet deep.

Many stories have been recorded about premonitions of the event.

One of the most well known is of the young 10 year old girl Eryl Mai Jones. She awoke two days prior to the disaster and told her mother, "Mummy, I'm not afraid of dying."

Her mother tried to reassure her that everything was alright but her daughter continued, "I'm not afraid of dying because I shall be with Peter and June."

Eryl went on to describe a dream she had, "Mummy, it was so strange. I dreamed I went to school and there was no school there. Something black had come down all over it."

Forty-eight hours later she was dead, crushed along with her classmates beneath tons of pitch black coal debris. Eryl's name is sadly listed on Aberfan memorials.

Many other people had 'seen' the event within dreams.

A Plymouth housewife had such a dream seven days before the mountain moved. She said, "I saw an old school house nestling in a valley and then a Welsh miner. After this I saw an avalanche of coal hurtling down the mountainside. I saw the rescue operations. I had the impression of a little boy who was left behind and saved. I could never forget him."

The following day she gave a full account of her dream to friends at her church social club. Six witnesses confirmed this.

While the tragedy was shown on television the woman recognised the young boy and one of the rescuers she had seen clearly in her dream.

Sybil Brown from Brighton had a nightmare about a child in a telephone booth screaming and a child walking towards her with a 'black, billowing mass' following him. Suddenly Sybil, still dreaming, found herself in a street and a voice said to her, 'The whole family is in the house. I didn't seem to be able to do anything. I can't explain why ...'"

A man in the north west of England had a dream about the word A-B-E-R-F-A-N which he had never previously heard. Now, unfortunately, the world knows of Aberfan but for the wrong reasons.

And so it goes on, there are many, many other examples of Aberfan precognitions.

Time and time again, prior to tragedies, dreams foretell the future. When we say 'dreams can come true' we normally associate this with good news, but we should perhaps also pay proper attention to things we might not want to hear as well.

Photo credit: Aberfan Colliery Spoil Tramway. The photo was taken to show the tramway that took waste from Aberfan colliery to the spoil heaps high above the village. Two years later, the spoil heaps collapsed destroying the school (the red brick building mid-left) and taking over 150 lives, mostly children.

There are more photos at Aberfan Disaster