The Precognitive Dream Of An Air Crash 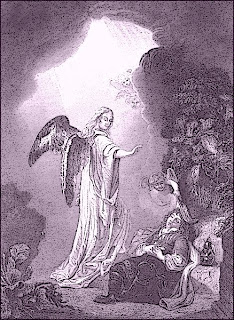 Precognition, which happens in dreams, is unfortunately not always good news, especially if we ignore the message. Here is such a story to which there are three parts.

Firstly there is the dream which David Redman-Thomas had back in the late 1960's. He awoke one day screaming with fear. When his wife, Merle, asked him what was wrong he laughed it off and said that he had imagined himself plunging from the sky.

Merle also had a dream, the second part of this story.

She described the dream about her trainee amateur pilot husband. "In the dream I watched my husband take off and fly around the airfield. Suddenly the plane plummeted to the ground. I recognised the control tower and other buildings very clearly. It was Wycombe Air Park. It was all so realistic that I woke up in tears. My husband told me not to be so silly and to go back to sleep."

The following Easter Monday David drove his wife and children to Wycombe Air Park where he was due to have his very first solo flight that morning. Everything was arranged and David kissed his wife and headed towards his aircraft.

He was stopped on the way by his friend, another David - David Poore - who invited him for a ride first in his aircraft.

Merle continues with the story. "That was when my dream started to come true. I saw them take off and to start circling the airfield. Then the engine began to miss badly. As I watched it fell from the sky and out of sight behind some trees. It all happened within five minutes of take off."

The two Davids died in the accident.

The third part of this story happens the day after the crash. It was broad daylight and Merle saw an image of her husband's face.

Merle explains, "At two o'clock the next day, following the accident, I was at home talking to my mother when suddenly I saw David staring at me from the opposite wall. His face was completely unmarked, but I noticed his hair was standing up at the front as if somebody had cut a lock from it."

"I hadn't wanted to see his body, but the next day my father-in-law handed me a lock of hair as a keepsake. He told me David's face was unmarked and that he had cut the hair from exactly the same spot as in my vision."

As usual I leave readers to form their own conclusions.  G 15/09