How To Have Whatever Success We Want 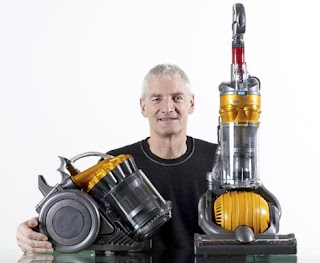 I've always been interested in why some people are successful and others, who appear to try just as hard, aren't.

Success, of course, means different things to different people but, for the purpose of this post, I'm initially talking about business success.

What I have noticed, over the years, is that the truly successful are helped along the way by coincidences and by following leads placed before them. In other words they follow the signs and accept the help offered. Whereas many ignore the power of intuition and the obvious in front of them.

I'll give a few examples of things that have helped some of the top British business men and women.

James Dyson, the guy who invented the bagless Dyson

vacuum cleaners, got the idea because he was vacuuming his living room and found that the suction was pretty poor. He soon realised this was because air drawn into the cleaner had to travel through the paper bag inside - which soon got clogged up with dust.

He had once worked in a spray finishing room and remembered how the same thing kept happening to the air filter - it kept on clogging. The answer then was to fit a huge cyclone tower, which removed the powder particles by centrifugal force.

A light lit up in James' mind: what about if you fitted the same principle in a vacuum cleaner! The idea of the Dyson cleaner, which all of the other major manufactures have now virtually copied, was born.

The past is often linked to the 'now' as we have seen in many coincidence examples on this blog.

In the case of Anita Roddick, founder of the Body Shop

chain of stores, when she needed money she locked onto the memories of her travels in Madagascar, Africa, Mauritius, Australia and so on.

In Tahiti she had noticed how the skin of even the elderly women remained soft, smooth and elastic despite constant exposure to the sun. Their secret was cocoa butter. This is what gave Anita the idea of starting a shop selling a range of cosmetics made from natural ingredients.

She followed her instincts and started her first shop, just as James Dyson followed his and came up with the Dyson cleaner.

The Body Shop is known for it's dark green paint work, but this was just an accident. It was chosen simply because it was the only colour that would cover the damp patches on the walls of her first shop.

Anita could well have stuck with just the one shop but one day, out of the blue, Chris Green contacted her and said she was interested in starting up her own Body Shop. This was agreed, on the understanding that it would still be called the Body Shop and that Anita would supply all of the products.

Without realising it, this was the first Body Shop franchise. Anita thought about this and saw it as a way of expanding her business. She took the necessary action for this to come about.

And this is what happens with successful business people, something comes about to help them along the way. With Richard Branson, and his Virgin Group, it was the 1971 postal workers strike. 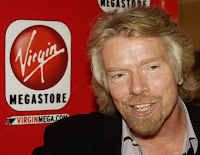 At the time Richard made his living selling records by mail. The strike went on for weeks - this 'forced' him to set up a retail premises and the first Virgin store was opened in Oxford Street, London.

while staying at Branson's house. This became the very first listing on Virgin Records and so the story continued.

Successful business people know they want to be successful, so they think success. Doors open. It's a mind thing, they don't have to be a brain box, they simply know what they want.

Michael Marks knew what he wanted. He was an immigrant to Britain and couldn't even speak English but he needed to make money. He met Isaac Dewhirst who gave him £5 to start a business, this was a while back in 1884.

With the money he bought goods from Dewhirst's warehouse which he started to peddle around local villages. To cut a long story short this was the start of Marks & Spencer, the well respected UK store chain.

From selling door to door, to having a market stall, to his first shop, to meeting with Tom Spencer a multi-million business was born.

Okay, so we may not want a successful business. We may want happiness, a loving family or a myriad of other things. The point is that everything is possible once we know what it is we really want - this is actually often the hard bit. Many people have no idea what they want from life so, to be brutal, they don't get much.

Once we know what we want, whether that be spiritual knowledge, money, happiness, travel, a business or absolutely anything whatsoever - if we ask the universe for help and guidance, and have belief that we can achieve what we want, things will start to fall into place.

It's up to us to decide if we'll follow those leads, coincidences and openings and achieve our form of success. If the likes of Dyson, Roddick, Branson and Marks can achieve their dreams so can we, whatever the road we choose to travel.

Further Reading:
Book suggestion: The 7 Secrets of Synchronicity: Your Guide to Finding Meaning in Signs Big and Small