The Guiding Light Which Brought More Than Just Pumpkin Seeds

A story today - with thanks to JC - about talking to a Guiding Light. It's something I have touched on previously i.e. asking for help from - well, whatever you want to call it - the Universe, Universal Consciousness, Infinite Spirit, God, Angels or even, as in this instance, a Guiding Light.

See what you make of the story. 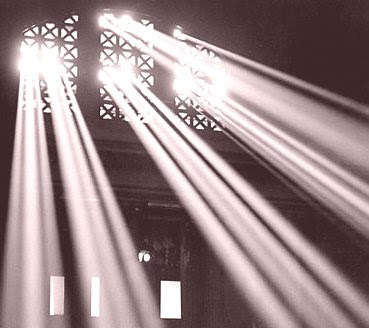 "Several days ago I wanted raw pumpkin seeds and went to a supermarket which sells them, but they were all out. All this past week I was in such pain that I wanted to go see my chiropractor, hoping that a 'Body Talk Session' would somehow ease my agony.

Yesterday I made an appointment to see my chiropractor at 4.00pm and left work at 3.50pm. I decided that, on my way, I would visit a certain health food store, as I knew that the proprietor always keeps raw pumpkin seeds in stock.

On the road, I was wondering whether it was wise to go to the store now as it was somewhat out of the way. Taking the longer route to my appointment would make me late. So I started to discuss my dilemma out loud with my Guiding Light. I told it what I was doing. I stated to my Light that, even if the health food store happened to be out of pumpkin seeds, it knew that I wanted some, and it would have time to help the store owner restock his supply. I even challenged my Light, saying that it could prove whether or not it was with me, by what was about to happen at the store.

I stopped at the store intending to get the seeds and hurry off to my chiro appointment. I told the store owner, who I have known since childhood, that I wasn't feeling well, that I had a splitting headache and was on my way to see my chiropractor. He said, "See that gentleman over there? He's a doctor. He's who you want to see."

I thought, "Great! What a dilemma. Maybe I should speak with him, but if I do I'll miss my appointment."

Ten minutes into my conversation with the doctor I called and cancelled the appointment with the chiropractor.

The doctor (of alternative medicine) spoke with me and told me the things I needed to take to overcome my problems. The herbs I bought will last me at least a month, and they worked as he said they would.

But, most incredible of all, just prior to my arrival the doctor had noticed that the shelf which normally held pumpkin seeds was empty; they were completely sold out. He asked the owner if there were any more available.

When he later listed the things I should purchase, he turned to the store owner and said, "Imagine! Just a little while ago there were no pumpkin seeds on the shelf. They were all sold out and I turned to you and mentioned it. And you replaced them!"

I was dumbfounded. I told him the story of my challenge to my Guiding Light, and said that I believe that my Light is always with me. He gently replied that we all have angels watching over us, guiding us."

Further Reading:
Clean Sweep With Five New Brooms
The Law Of Attraction Powered By Visualisation
Visualisation Brings A New Carpet Via A Coincidence

Email ThisBlogThis!Share to TwitterShare to FacebookShare to Pinterest
Labels: Coincidence and Synchronicity, White Feathers and Angels