More Than Just a Coincidence Reunites A Mother And Daughter 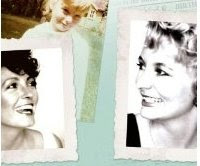 On UK's BBC television there was a My Story competition and the winner was Julie Wassmer with her More Than Just Coincidence. From the title, you will realise why I am mentioning this true story.

The story is about a mother and daughter who were 'reunited in a remarkable twist of fate.'

More Than Just a Coincidence

is also available in paperback from Amazon UK.

Okay, so what is this coincidence story all about? Here's a synopsis:

"At the age of 36 struggling writer, Julie Wassmer, was about to have her first ever meeting with a literary agent. Little did Julie know how momentous this meeting was set to be.

Twenty years earlier, when Julie was just sixteen, she had become pregnant. Worried how her parents would react, Julie had kept her pregnancy a secret right up until the day she gave birth. Ten days later, she was forced to make the hardest decision of her life: to give her baby up for adoption.

As the years passed, Julie often wondered what had happened to her daughter. Now, through the most extraordinary of coincidences, Julie was about to find out. A temporary secretary called Sara had just started working in the agents’ office. Sara had recently discovered that she had been adopted, and had just got hold of her birth certificate. According to the certificate, her mother’s name was Julie Wassmer."

As you will have guessed Julie and Sara were mother and daughter. When they met for the first time, at Kew Gardens in London, they got on like a house on fire. Julie says they were like twins and were able to talk naturally right from the start.

Julie writes in the epilogue of her book, "I feel blessed to have been granted a second chance: the opportunity to know and love not only my lost daughter, but her own beautiful children, Caden and Tullulah."

And all because of more than just a coincidence.