There May Be A Reason For Coincidental Meetings 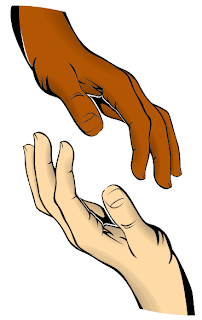 Coincidences today about unexpected meetings. The first couple from a neighbour.

He and his wife had a break in Scotland for five days and during the holiday they visited a whisky factory - this is certainly the place to do so. They did the tour and afterwards relaxed in the bar - with, of course, a couple of whiskies.

He then heard someone calling out his name, turned round and it was an old friend who he hadn't seen for about four or five years. They had been on the same factory tour. What was more remarkable was that these friends had emigrated to New Zealand and were now on holiday on a coach tour of the UK, remembering old times.

Our neighbours were invited to New Zealand, perhaps that's why they were destined to meet up.

He also had a similar experience when he booked a last minute break to Benidorm in Spain. He and his wife were sitting outside a cafe in the sunshine having an afternoon coffee and cake and watching the world go by.

On the opposite side of the road they saw another couple and remarked how they looked very much like their son's wife's parents. They didn't think any more about it.

When they returned home they rang their son, their daughter-in-law answered and said that her parents had also just returned from a last minute break, yes, in Benidorm.

It's always interesting how these sort of coincidences happen. Once my wife and I made a visit to London. We were wandering around Hampton Court Palace maze and bumped into a neighbour. We joked about how we hadn't seen each other for weeks but met up in a maze in London.

With these sort of chance meetings I think it's useful to try and see if there is a reason behind the connection. Perhaps the people you meet have some sort of message for you or vice versa. There is often a reason.

Further Reading:
You Never Know Who You Might Meet In A Bus Queue
Sally's Embarrassing Coincidence
Simple Coincidences About Old Friends Meeting Up