Precognitive Dreams Seeing Into The Future 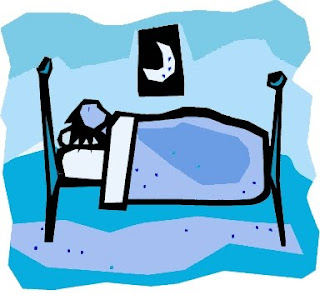 Yesterday I was thinking about re-publishing some of my early posts - mainly because at that time the blog didn't have many subscribers or readers - and was looking at one I wrote about dreaming of horse racing winners.

As sometimes happens with the world of coincidences, still undecided, I picked out a book from the many on my office shelves. It was Colin Wilson's Mysteries

. I opened the book at page 147 and this was all about someone who also predicted the winners of horse races in his dreams.

So today I'll give you the Mysteries story plus my old post on the same subject, though a little updated, afterwards.

This is supposedly well authenticated. John Arthur Godley, who later became Lord Kilbracken, woke one morning on March 8, 1946 with the names of two horses running over and over in his mind. The names were Bindle and Juladdin.

In his dream the two horses were in a list of winners shown in a newspaper. Godley told his friend Richard Freeman about the dream and they checked if the horses were entered in any races that day. By coincidence they were.

As Godley was at Oxford University at the time he got together a syndicate and they placed the first of two bets.

Bindle won the one o'clock race at Plumpton.

They transferred their winnings and put it all on Juladdin, who was running at Weatherby. The horse won at ten to one and the syndicate won a handsome sum.

A few weeks later there was another dream, very similar to the previous one. This was about a horse Tubermor running in the 4 o'clock at Aintree. Again the horse won at a hundred to six .

No more such dreams for another year until Godley dreamed he was at the races and recognised the colours of the winner. He also 'heard' the crowd shouting the name of another winner: The Bogey.

On checking his newspaper he found that the colours belonged to the rider of a horse called Baroda Squadron. He couldn't, however, find a horse called The Bogey but there was a runner with the name of The Brogue running at Lingfield.

Godley placed bets on both horses and they both won.

He also dreamed of the winner of the 1958 Grand National, Mr. What, with odds of eighteen to one and winning him £400 - a reasonable sum back then.

After this his winning dreams deserted him.

Colin Wilson actually presented this case on UK's BBC television back in 1977. One of the points made was that the money placed by Godley was only small amounts when you would have thought her would have made a killing. One of the reasons he didn't was because he didn't feel 'right' about making money this way. This ties in with many psychics who think it is wrong to cash in on their powers.

Psychic powers, it seems, should be used for self advancement and not for profit. So perhaps it was the right thing that I didn't have bets on the two winners I dreamed about.

I can't prove my dreams, all I can say is that I promise they are true. Anyway, here are my two precognitive dreams:

(1) The first goes back to 1976 but it's one that I remember distinctly because I dreamt the winner of the British Derby.

The thing about this is that I knew absolutely nothing about horse racing, I'd never even had a bet on a horse race or was aware of the names of any 'good' horses. However in 1976 I woke and told my wife that I knew who would win the Derby that day. I said it would be Empery. She just gave me an odd look, the way wives sometimes do.

That morning we went out and passed a bookies, with parking space, and my wife said that, for fun, I should place a bet on Empery because of my dream. I didn't though and said that I had no idea how to place a bet and besides, "Who believes in dreams?"

Needless to say Empery won the Derby Stakes that afternoon at ten to one odds.

(2) In 1983 I did it again. This time I dreamt the winner of the Grand National. Again I told my wife the name of the winner: Corbiere. I also mentioned this to a friend, in advance of the race.

Once more I didn't have a bet on the race and Corbiere was the winner.

There are two strange things about both of these dreams - the only two I have ever had about horse racing winners. Even though I hadn't seen a list of horses running in the races, or had the slightest interest in the races, the horses names do have links to me.

(a) Empery is my name, well sort of. I am M.Perry so that is pronounced empery.

(b) I previously lived in Corbiere Avenue.

So what does all this mean? Well there is an obvious synchronicity in the horses names and myself. Did I somehow pick up on this by some means or other?

I have also had other dreams which appear to have looked into the future, but that's maybe for another day.