The Double Coincidence Of Want 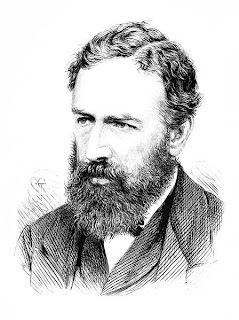 This is something I came across across, which is called, the double coincidence of want. It's not about the usual coincidences and synchronicity but I found it quite interesting. What it does is to show us how much easier life is using money as opposed to a bartering system.

The phrase the double coincidence of want was coined by William Stanley Jevons (1835-1882) in his book Money and the Mechanism of Exchange which is now in the public domain. It was published way back in 1876.

This is what Jevons wrote: "The first difficulty in barter is to find two persons whose disposable possessions mutually suit each other's wants. There may be many people wanting, and many possessing those things wanted; but to allow of an act of barter there must be a double coincidence, which will rarely happen."

In other words there have to be coincidences for a barter to take place. He goes on to give examples of the problems with bartering. This is one of them:

"When Mr. Wallace was travelling in the Malay Archipelago, he seems to have suffered rather from the scarcity than the superabundance of provisions. In his most interesting account of his travels, he tells us that in some of the islands, where there was no proper currency, he could not procure supplies for dinner without a special bargain and much chaffering upon each occasion. If the vendor of fish or other coveted eatables did not meet with the sort of exchange desired, he would pass on, and Mr. Wallace and his party had to go without their dinner. It therefore became very desirable to keep on hand a supply of articles, such as knives, pieces of cloth, arrack, or sago cakes, to multiply the chance that one or other article would suit the itinerant merchant.

I won't bore you with too much on the subject but it does show how different kinds of coincidences can affect all parts of life. Jevons spoke of the benefits of money when trading - as coincidences are then no longer required for a transaction to take place:

"Accustomed from our earliest years to the use of money, we are unconscious of the inestimable benefits which it confers upon us; and only when we recur to altogether different states of society can we realize the difficulties which arise in its absence."

Further Reading:
Finding a £10 Note Coincidence
Seed Money Brings A Tenfold Return
The Art Of Finding Coins Or Anything Else

Email ThisBlogThis!Share to TwitterShare to FacebookShare to Pinterest
Labels: Coincidence and Synchronicity, Money