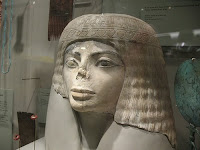 You may have seen this before, as it has been around for a while. I hadn't seen it though.

The photos are of a 3000 year old limestone Egyptian bust - which I understand is on exhibition at the Field Museum in Chicago.

The question is: Who does this remind you of? The slightly disfigured nose, the wide eyes and so on. A coincidence or ... well, not sure really. 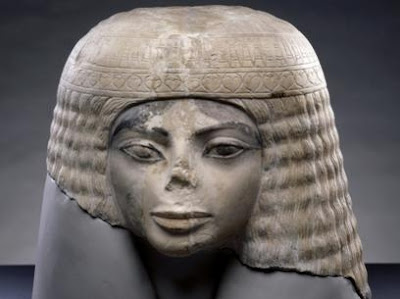 A Field Museum spokesperson told the Sun-Times, "I have no idea whether Jackson ever visited the museum but the similarity between the limestone statue – which is about 3,000 years old - and Michael Jackson is astounding."

Michael Jackson made an Egyptian style video Remember The time but don't really think this has any real significance.

I did find something strange on Cheryl Meril's blog though that links Michael Jackson with the Egyptian King Tutankhamen: