The Scars And Wounds Of Reincarnation 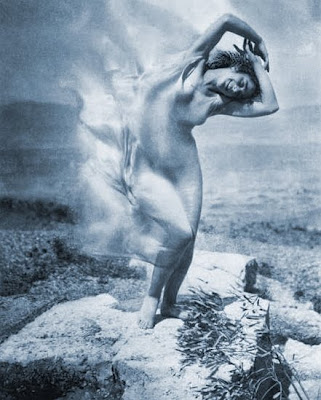 It's sometimes said that physical defects we may be born with are carried over from a previous life. Many will strongly disagree with this, which is why religion and beliefs are a very personal thing.

The psychiatrist Ian Stevenson, from the University of Virginia, conducted more than 2,500 case studies of supposed reincarnation, over a period of 40 years, and published twelve books on the subject.

One of the things Stevenson recorded was that in 35% of the cases studied had either birthmarks or birth defects. He said of this, "The subject's marks or defects correspond to injuries or illness experienced by the deceased person who the subject remembers; and medical documents have confirmed this correspondence in more than forty cases."

He saw this as possible evidence in favour of reincarnation. In other words an injury in a previous life might well show up as a scar or something similar when a young child. Examples he quotes include ...

These birth marks, or defects differ from anything hereditary, such as the following personal instance. My daughter-in-law mentioned that my seven month old grandson has a small bump at the top of his left ear. She was surprised when I told her my wife (her mother-in-law) also had a small bump in an identical position on her left ear, which she has also had from birth.

Returning to reincarnation 'defects' there is a story of about a man who had a red three inch birthmark on his leg just below his right knee. No one else in his family had this mark, or any other birthmarks.

He went to a psychic to have a reading done. The psychic took him through his past lives to help him come to terms with some issues he had in his present life. In doing so they discovered that, in a previous life, he was an American Indian in the 1800s and had bled to death from a knife wound.

The wound was on his right leg just below the knee.

There are hundreds of such stories. As to whether they are all true, who is to say for sure, but it is another aspect for consideration for those undecided about reincarnation.

Psychiatrist Jim B. Tucker, in an interview with the San Francisco Chronicle, justified posssible reincarnation in the following way:

I think they relate in the sense that the physical universe is not what it seems to be, from what we can tell from quantum mechanics. And at least on a quantum level, it seems to be dependent on our observation of it. Quantum physicists talk about electrons, or events being potential, rather than actual physical entities. So that there are various potentials, basically until somebody looks, and then it sort of forces the universe to make a determination about which potential is going to be actualized.